For those of us who love live music — and for those employed by the concert industry — the wait for in-person shows has been very, very long. Here are some much-anticipated live shows featuring LGBTQ+ artists coming to Michigan over the next few months.

Once upon a time Greyson Chance was a kid who went viral for his rendition of Lady Gaga’s “Paparazzi” in a grade school talent show. Chance is all grown up now and bringing his danceable pop and smooth, sexy crooning to Michigan for two intimate shows. 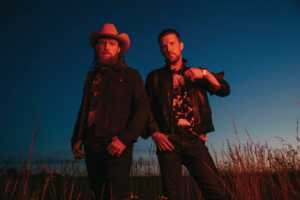 Country musicians and brothers T.J. and John Osborne will stop in Sterling Heights on their “We’re Not For Everyone” tour. T.J. is gay and John is fully supportive of his brother. They’ve got grit, they’ve got guitars, they make boot-stomping, hand-clapping, have-another-beer country music, and they’re both very handsome dudes. Yee-haw.

G-Eazy heads to Lansing for the annual Common Ground Music Festival with a roster of hot hip-hop and rap artists, including Yung Baby Tate, who was just named an Artist You Need to Know by Rolling Stone. She raps, she sings, she dances, she slaps. “I’ve always felt so loved, so seen by the LGBT community, even before I was out,” she tells them.’s second annual Out Now Live celebration. You’ll love her. Go see her.

Getting through the Trump years (which, sadly, haven’t ended) was made just a bit more bearable thanks to Randy Rainbow’s sass, wit and incredible song parody skills. “Sedition,” Rainbow’s tune about the Jan. 6 attack in D.C. done to the tune of the Fiddler on the Roof Classic “Tradition,” is pure gold. Rainbow’s headed here on his Pink Glasses Tour. If laughter is the best medicine, then we can call him Dr. Rainbow. Ms. Rainbow if you’re nasty.

When Metal God Rob Halford came out as gay in 1998, it rocked the metal world. Some people were shocked, while anyone who had been paying attention to Halford’s decades of leather-clad stage domination or read the lyrics to Judas Priest songs like “Raw Deal” and “Jawbreaker” was not. Coming out didn’t end the Metal God’s reign: 50 years into playing live shows, the band’s still tearing it up. 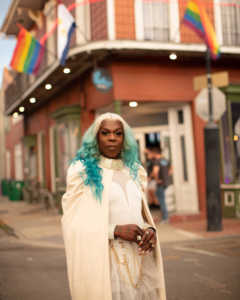 Too Many Zooz and Big Freedia in Detroit

Too Many Zooz is a trio that plays what they’ve dubbed brass house music using drums, trumpet, and baritone sax. They got their start busking at New York City subway stations and now they’re coming to you with Big Freedia, the Queen of Bounce music from New Orleans. Big Freedia has been featured on tracks like the Kesha hit “Raising Hell,” RuPaul’s “Peanut Butter,” and big names like Lizzo and Icona Pop have been featuring on her albums. She even has her own Ben & Jerry’s ice cream flavor, Big Freedia’s Bouncin’ Beignets ice cream. All hail the Queen of Bounce.

Bob Mould in Detroit and Kalamazoo

He fronted Hüsker Dü in the ‘80s and Sugar in the ‘90s, and his solo material blends that punk/alternative sound featuring his signature voice. Out since the ‘90s, Mould helped raise $30,000 for Freedom to Marry by co-organizing the 2004 WEDRock benefit concert. Check him out as he swings through Detroit and K-Zoo on his Distortion and Blue Hearts! Tour.

Out rock icon and Grammy Award winner Melissa Etheridge is making two stops in Michigan in support of her latest album, “One Way Out,” dropping Sept. 17. In a recent TODAY interview, she said of the album, “These songs are really fun, kind of pure rock ‘n’ roll. I just think my fans will love it.” Etheridge, 60, has been rocking out since the ‘80s and shows no sign of putting her guitar down any time soon.

Drag Queen (yes, that’s with a capital Q) and “RuPaul’s Drag Race” winner Bianca Del Rio announces that, “She’s vaxxed; she’s waxed, and she has more attitude than ever,” and she’s coming to Royal Oak with her “Unsanitized” comedy tour. Del Rio’s razor-sharp wit spares no one. It’s sure to be fierce and fabulous.

Wednesday, Oct. 20 at The Fillmore

Grammy Award-winning singer/songwriter/ethereal sorceress St. Vincent has been making some of the most inventive, observant, poignant music for years. Ever-evolving, St. Vincent reinvents herself with every album, but never strays too far from the emotional core that has earned her a large and undying fanbase. Catch her in Detroit supporting her new album “Daddy’s Home.”

Note that this show is in 2022, but we would be remiss if we didn’t include Sir Elton John on this list. In a video he posted online, John said, “I’m going to go out in the biggest possible way, performing at my very best, with the most spectacular production I’ve ever had, playing in places that have meant so much to me throughout my career.” Obviously this one’s not to be missed.