At the Kyiv City Ballet in Detroit: Queer Beauty in a Time of Turmoil

Resistance and hope were the focus of the program

More than seven months ago, on Feb. 23, the Kyiv City Ballet left their country for a long-planned European tour. The following day, Russia invaded Ukraine. Unable to return home, the company has been sheltering in France and Great Britain since their departure. A tour of the United States was added later, the first in the company’s 10-year history.

On Sept. 27 the Detroit Opera and Music Hall Center for the Performing Arts partnered to present the company on Music Hall’s Main Stage. The stated purpose of the program, titled “Tribute to Peace,” is to offer a voice of resistance and a voice of hope. They remain defiant in the face of Putin’s attempts to extinguish Ukrainian culture.

As a newcomer to the world of ballet performance, I went in unsure of what to expect, but Julie Gervais, development director of Music Hall, offered some direction.

Gervais is also a former dancer. She stressed that there are no “wrong” interpretations of dance.

The first piece, “Thoughts,” centered on a male dancer accompanied by several other members of the company clad in beige, shapeless costumes. One female dancer in white appears elusive to him. Punctuated at times by indecipherable whispering, it conjured feelings of loneliness amidst a mass of others.

“It felt very reflective to me,” Gervais said of the modern piece. “And really interesting to see. We see a lot of contemporary choreography at the Music Hall because we specialize in that. But we don’t often see it done by companies from eastern Europe. And so to see an eastern European company have the opportunity to take on contemporary material, it had a different resonance. I felt it wasn’t heavy, but it wasn’t exactly light either.”

The second piece, “Tribute to Peace,” felt nostalgic. Set to music by Edward Elgar and with a changing impressionistic backdrop along with one park bench on stage, pairs of dancers whose costumes brought to mind previous eras were featured in distinct vignettes. They interacted unencumbered by the horrors of war and all find love in the end. This work was choreographed by Kyiv City Ballet artistic director Ivan Kozlov and his wife, associate director Ekaterina Kozlova, specifically for the United States tour.

Jenny Feterovich was moved by the performance as well. Feterovich is a founder of Real Help for Ukraine, a Michigan-based nonprofit that provides direct aid to various humanitarian projects as the war rages. All proceeds from the Detroit concert benefit the charity. 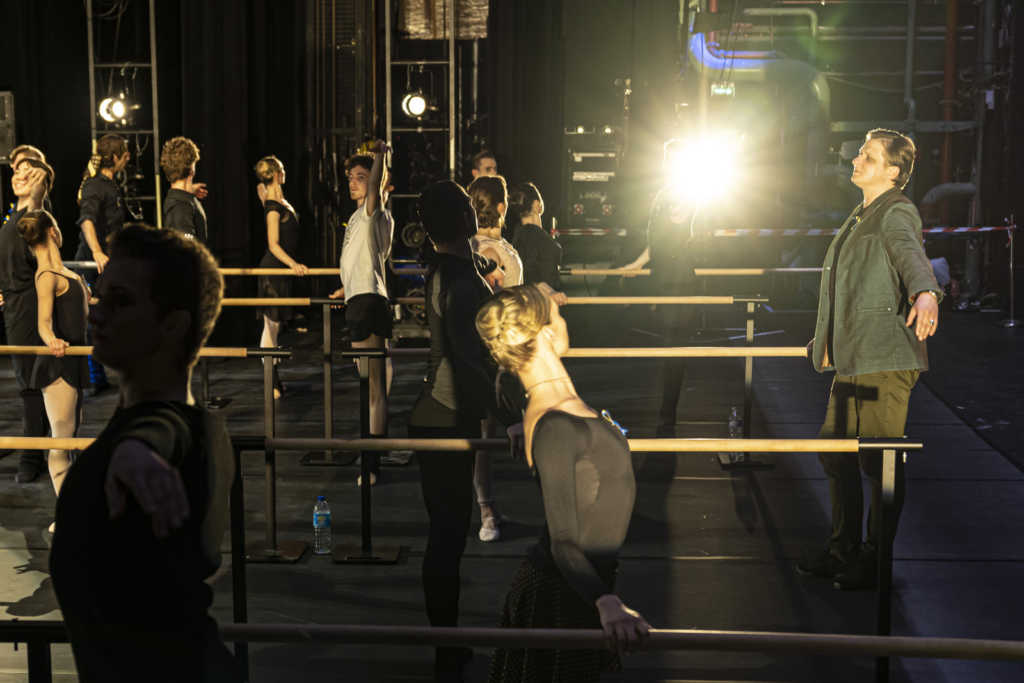 “It’s definitely very emotional,” said Feterovich, in response to the performance. Feterovich is Russian American and her wife is from Kyiv. “I’m glad to see that they’re out touring and performing around the world and bringing a piece of their culture. But at the same time, of course, it’s painful to watch this. Because somewhere their friends, their relatives and their families are still in the midst of a very, very large war.”

As if to illustrate this harrowing reality, one of the ballet company’s former principal dancers was killed on the battlefield just weeks ago. Oleksandr Shapoval was 47.

“We still have family there, friends there, our employees are there,” Feterovich continued. “So we’ve been extremely involved with on-the-ground [efforts] inside the country, supporting people in every single way we can in the grassroots type of way. And specifically, we’re definitely supporting LGBTQ community.”

“When you look at what these dancers are going through,” Gervais said, “and they’re dancing these little tableaux, I would call them, little bits of stories, [it’s] looking at how life, how beautiful life is in peace time: the freedom that you have to go to the park, to take a walk, to greet somebody, to bring them a gift — just all these beautiful daily things that we have the freedom to do that they don’t have the freedom to do. And so I found that one really poignant.”

Especially poignant in one tableau was the interaction of two playful, potentially flirtatious men. Wearing contrasting but complementary pants, shirts and vests, the characters’ relationship felt like a budding romance. Consider that the piece ends with one of the young dancers lifting the other onto their hip in what looks like a celebration of love. Gervais noticed the couple, too.

“Whether it’s what the choreographer meant to communicate, I guess you’d have to ask that person,” Gervais conceded. “I don’t feel like I can speak for him, but I saw it too. And I was happy to see it because LGBTQ rights in eastern European countries have, probably, not come along as quickly as anybody would like. And so to express same-sex love in a ballet, it shows that they’re feeling like they can speak freely through their art.”

Feterovich was wowed as well.

“I was blown away by that,” Feterovich said about perceived gay couple. “I was like, wow, they’re on stage, they’re doing this and this is what it represents.” 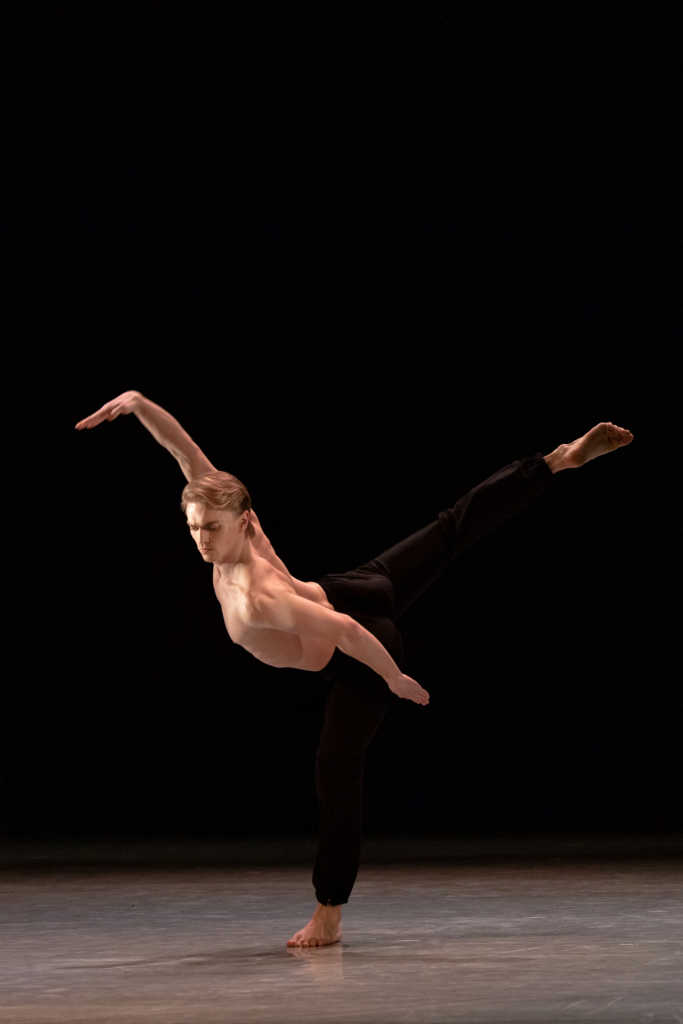 Lenny Emson, executive director of KyivPride, warned that the ballet company is a state-sponsored organization and that, in his homophobic and transphobic country, any queer dancers would likely be closeted.

Ukraine does not have marriage equality, nor can same-sex couples adopt. Conversion therapy remains legal. Gender identity beyond the binary is not recognized. Pew Research Center data from 2019 indicates that in Ukraine, 69 percent of survey respondents said society should not accept homosexuality, while 14 percent said it should.

Regarding any kind of positive expression of LGBTQ+ love in the ballet, Emson sounded cautious.

“Probably it would be good to have people from this area come out and increase the visibility of the [LGBTQ+] community, but unfortunately it never happened,” Emson told Pride Source. “I believe dancers might be under a huge pressure of the homophobic environment.”

The program closed with “Men of Kyiv,” a celebration of traditional dance in which two “teams” of dancers, one wearing yellow t-shirts the color of the Ukrainian flag, the other in blue, tried to out-perform one another with their acrobatic displays. The dancers’ athleticism impressed the audience, as did their unabashed pride in their heritage.