The other morning I was standing in the checkout lane behind a man who was buying two Valentine’s Day cards, each curiously turned faced down. The checkout clerk proclaimed “What a gentleman!” Jokingly, I added “Yeah he’s double the gentleman, buying two cards for a couple of very special people.” Quickly the man added “Well I have a daughter as well as a wife,” not wanting to imply any further romantic connections.
After his strong assertion of monogamy, I felt moved to say “Not that there’s anything wrong with having more than one partner. I’m polyamorous and have multiple Valentines.” Blank stares from the clerk and the customer. And a re-assertion from the man that he’s buying a card for his daughter. I sometimes enjoy flashing my polyamorous identity, even more so during a holiday steeped in monogamy.
First, let me break it down. I have been legally married to Phillip for nearly a quarter century. We live in a big, love-filled house with Phillip’s girlfriend, whom I consider a kind of sister-wife. Together we are raising our two teenage sons alongside her teenage boy and eight-year-old girl. I am also partnered with Doug, who is married to Niki. They do not live with us, but Doug resides here scheduled nights of the week and his twins often join us at family gatherings. We consider ourselves chosen family.
People tend to view that which is foreign to them through an over-sexualized lens, thereby turning the exotic into the erotic. It happens to marginalized groups who identify as LGBTQ, and it happens to polyamorists as well. Our polycule (that’s how we refer to our family grouping) had intercourse until late last night. Oh you think it was a wild orgy? Think again. We don’t all smoosh in a love pile over here. We were doing what polys do best: talking. One could argue that polyamorists have honed expert skills in intercourse, both verbal and physical. Keeping desire aflame, celebrating your body and those of your partners in all stages of life, communicating about what really matters – it’s intense.

Polyamory is about sex, and it’s not.
There are times when I hate having to painstakingly explain the sexual dynamic of our polycule, especially to those who have no idea whatsoever how to even begin to process what I take as a normal part of my sexual expression. Polyamorous people don’t have sex with everything that moves. We are, generally speaking, some of the most sexually responsible beings on this planet. I’m not a sex-crazed maniac, nor do my multiple connections mean I’m not “getting enough” from my husband. Being different doesn’t make me an oddity.
My polyamorous life frequently blurs lines, just as it does for those in the alphabet soup of LGBTQ. How often have you questioned what to say on medical forms or other documents? Do the boxes that mark you as male or female seem limiting? How about the part that requires you to answer as single, married, divorced or widowed? Most of the time I can’t for the life of me understand why my doctor or other professionals need to know my marital status, and I find myself frantically scribbling notes in the margins about my other significant connections.
What kinds of conversational topics seem “safe” when you meet someone for the first time? Polyamorists have many of the same issues with labels as those who wave the rainbow flag. Small talk inevitably turns towards the family dynamic, and who is connected to whom. This is when I start to get a little wiggly in my seat. If I use the word “husband” too many times, the title starts to taste funny in my mouth. It’s not that I am not proud of my legally married spouse – I most certainly am. It’s that I’m part of a larger system that holds just as much importance for me. When talking to strangers, if I use other words like “partner,” “wife,” “boyfriend,” or “girlfriend,” I feel like I suddenly have to explain whole chunks of my world that I don’t always feel up to exposing.

Polyamory has been described as consensual, ethical, responsible non-monogamy. Lying, cheating and hypocrisy most certainly don’t fit in to the schema. If polyamory were more accepted in mainstream culture, if it could hold couples together better by allowing each individual freedom to explore, would family structures improve? How many marriages have ended because a spouse cheated? If, instead, open, honest communication lead to deeper bonds, could children see that loving someone else doesn’t blow the world apart? That’s how things have worked for us.
Tell me something: if a young girl knows the difference between polyamory and cheating, why can’t society see it, too? Rachael’s daughter tells all her friends about her polyamorous family. When one of them exclaimed “That’s cheating!!!” she replied “No it isn’t. My mom and Phil’s wife are friends on Facebook.” Which, of course, makes it all legit.
Studies are being done to identify a gene that predisposes one to desire more than one sexual partner. Unfortunately, it’s been referred to as the cheaters’ gene. One needs to only look to the animal kingdom to find that few species are completely monogamous. Hopefully, as more people practice polyamory openly rather than having multiple partners behind their primary’s back, more interest in further research will be generated and the gene will be named something that doesn’t imply dishonesty.
Is it nature or nurture that shapes us as polyamorous? We may never know for certain. Here’s something I believe in nevertheless: monogamy by choice? Hot. Forced monogamy? Not. The same could be said of polyamory. In no way am I implying everyone do or be what I believe is true for me. It’s just that, in a predominately monogamous culture, I find it’s a bit more difficult for me to connect to others in a way that feels natural to me. I think the LGBTQ community can identify with the struggle to define oneself inside rigid structures.
After all, who out there can put a box around love? Or wrap it up in just one Valentine card? 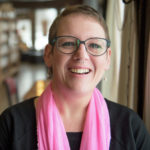 Do you have any advice for someone approaching a polyamorous relationship for the first time?
Communication, patience, and more communication. I would tell them to make sure that their foundation is secure before venturing out to add more partners. I would tell them to think of their wants and needs and expectations (and have their partner do it too) and then come together to talk about all of that. Something as simple as a difference in definition, can cause a lot of turmoil and misunderstandings. I would tell someone to be honest with themselves. To be selfish and think of themselves. Going along with their partners wants of an open relationship will do no one any favors.
How do you make time for more than one relationship?
An honest evaluation of your time and resources. I am happy and content with where I’m at in terms of relationships but that doesn’t mean that I don’t have time I could be giving to someone else. I am very choosy about who I give that time to. Communication does wonders. As does compromising. A person would need to compromise with their current partner(s) along with any new or future ones to make sure that everyone feels like their needs are met and that no one feels that something is missing or lacking. 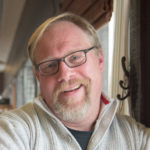 What is your motivation for wanting a polyamorous relationship?
I think my motivation is roughly the same as it would be if I were monogamous, but polyamory allows me a special degree in which to exercise that motivation. I have always called myself an “explorer”—there is something about the human condition, the way that we look to each other and within ourselves to answer questions, that pulls at me. Exploring relationships with others within the context of ethical and consensual non-monogamy provides opportunities to treasure that connection with other people, and therefore build meaning into life.
What is the future of polyamory?
To me, polyamory is already something that is widely practiced; it just may not be in the mainstream of society just yet. I believe it has already been downgraded from “scandalous” to something seen as innocuous. Most reactions I have gotten have not been negative; they have been “hey, great for you if that’s what you want to do, but it’s not for me.” Judging from this, and other stories I see in the media or in my daily life, I would estimate that we are 20-30 years from some kind of governmental or official recognition of polyamory as a legal entity. That might seem like a long time, but I think this reflects a natural pace of society and the natural tension we have from opposing perspectives, out of which true change can take place. 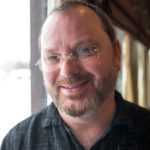 Do, or should, children know about their parents’ polyamory lovestyle? Discuss why or why not.
All our children do know and in general I feel that children should know for several different reasons. By hiding the fact that you have another person in your life you are creating a sense of shame about having that person in your life. If your kids see you love your nesting partner, why is it wrong for them to see you love another partner. Love isn’t wrong and I feel that hiding this says otherwise. It’s also important for your partners to feel like they’re not secrets or things we need to lie about. And what if the kids begin to suspect or figure out what’s really going on? They might lose a lot of trust in you and question the world view you put out…kids are smart and probably see a great deal more than you think. I know a lot of people in the community don’t tell their kids. That’s understandable, they worry about what kind of information about them gets out to employers teachers, etc. Also it’s a difficult topic to broach with them, but I’ve always felt it was worth it in the long run. My children now have a new set of “poly” siblings that they can hang out with and learn from and they too know that there are other options for themselves other than what society puts forth.

About the Author: Dana Chase

Dana Chase grew up in Grand Rapids and holds a Ph.D. in French and Romance Philology from Columbia University. She works part time at a local coffee shop in addition to running a very busy household. Actively putting a face to polyamory for close to a decade, Dana has appeared at conferences, spoken to college classes and church groups, served on professional boards, and even held a feature spot on the evening news. She hopes to one day publish a memoir of her colorful polyamorous journey.