10. Tori Amos, ‘Native Invader’
To approach dire world affairs with a sound mind, Tori Amos called on her trusty muses to guide her finest release in some time. Themes of love, pain and healing, both in the midst of global and personal tragedy, comprise a set that draws upon Amos’ earliest years as her trademark Bösendorfer is our guiding light on the mesmerizing and exquisitely rendered “Reindeer King.” Elsewhere, Amos rails the patriarchy on “Bang,” while the album’s darkest foray, the wayward “Climb,” finds her calling upon spiritual forces for some necessary divine political-hell intervention.

9. Beck, ‘Colors’
Beck’s “Colors” seems to exist entirely in another time and place and political era, a godsend for all of us standing underneath the gray clouds of post-Obama America (hey, somebody has to keep our hopes up). Though he falls back on some familiar Phoenix-like tropes on this bright, buoyant slice of escapist heaven, hearing one of alt music’s most introspective minds resist the solemn zeitgeist with work so full of life is refreshingly infectious. 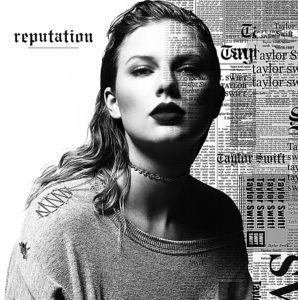 8. Taylor Swift, ‘Reputation’
“My name is whatever you decide,” Taylor Swift flirts on the thunderous “Don’t Blame Me.” Illuminating Swift’s intent to acknowledge and exaggerate her constantly dissected and criticized persona, the line is, seemingly, a sly nod to haters who still hate. But if old Taylor is dead, who are we left with, then? Not exactly a “new” Taylor so much as a revised, extra brazen version, where she and co-producers Jack Antonoff, Max Martin and Shellback throw gasoline on her pop fire. The songs are big and bad throughout, so it’s surprising to hear the tender “New Year’s Day” revisit Taylor of yore. Spoiler alert: Old Taylor didn’t die.

7. Kelela, ‘Take Me Apart’
Nineties R&B was a special kind, and Kelela must think so too. Her sultry debut studio album, “Take Me Apart,” is a sleek mid-tempo-teeming set, with the D.C. native conjuring Brandy, Janet and Aaliyah, from the suppleness of her voice to the smooth urban grooves. But Kelela isn’t concerned with fitting her music into a box for mainstream consumption, it seems, as her sophisticated artistry subverts the modern-day R&B template with a level of exhilarating old-school innovation. 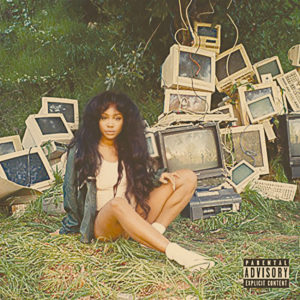 6. SZA, ‘Ctrl’
SZA, which rolls off the tongue slightly easier than the St. Louis native’s birthname, Solana Imani Rowe, is a name even your mom might know early next year. Yes, all the cool kids were shook when SZA released her debut, and if there is any justice left in this world come 2018, in February, she might walk away with the five Grammys she’s nominated for. As if SZA’s glorious take down of arrogant ex-lovers and revelations like “let me tell you a secret, I been secretly banging your homeboy” weren’t reason enough for her to win, “Ctrl” deconstructs every genre that influences it, blazing trails with a unique, ethereal blend of soul, jazz, R&B and chillwave that’s all her own. 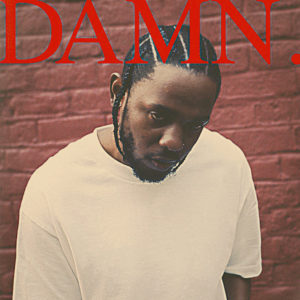 5. Kendrick Lamar, ‘DAMN.’
“Bitch, sit down” should be on every mug you drink from in 2018. But for now, it’s a Kendrick Lamar line from “HUMBLE.,” basically writing the epitaph on the disaster that was 2017. The hip-hop icon, who has breathed the same air as our blessed Queen Bey, is fire on “DAMN.” Tackling Geraldo Rivera, President Trump and gun control, he leaves room for vast self-reflection – and gorgeous jazz flourishes – that makes for an intricately layered look at one’s own place in humanity.

4. Perfume Genius, ‘No Shape’
If the world is ending, fine, Mike “Perfume Genius” Hadreas will just ride his sequined motorcycle into the sunset, thank you very much. In my mind that is what I see when I hear “Slip Away,” which bursts from the seams to reveal a kaleidoscopic surge of aural bliss – a strikingly queer reaction to a fascist uprising. Breaking his own mold time and time again, one of music’s sincerest songwriters takes “No Shape” into a new dimension where escapist fantasy and Sade vibe together. The piano parables of Hadreas’ formative years are history, replaced by fresh textural turns that are as boldly queer as his tender poetry.

3. The National, ‘Sleep Well Beast’
The quiet beauty of The National’s experimental arrangements on their seventh LP reveals itself in the third ear. It strikes first like a mysterious whisper on “Nobody Else Will Be There,” hushed as if frontman Matt Berninger is singing to you in the dark. Deeper within the “Beast,” the Ohioans take their trademark melancholic, lyrical roots to new Radiohead-evoking rock heights, where synth fuzz fills out “Walk It Back” and a hypnotic undercurrent sweeps the bottom of “Born to Beg.” On the indietronica track “I’ll Still Destroy You,” peace and chaos collide as Berninger reveals, “I’m just trying to stay in touch with anything I’m still in touch with.” Frankness at its finest. 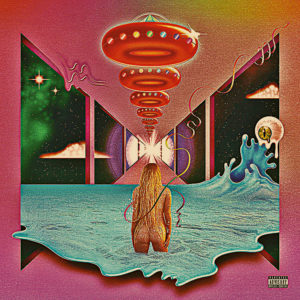 2. Kesha, ‘Rainbow’
Dr. Luke survivor and former Jim Beam-swigging pop bot Kesha Rose Sebert made the queerest mainstream album of the year, drawing from her own dark-horse experiences to create her most authentic recording, vocally and otherwise – one she dedicated to her fellow outcasts and underdogs. From her rise-above credo on the lovely guitar “Bastards” opener to her delightfully weird song about a queer afterlife, “Spaceship,” “Rainbow” is the album 2017’s shitstorm desperately needed: One marked by individuality, empowerment and survival. 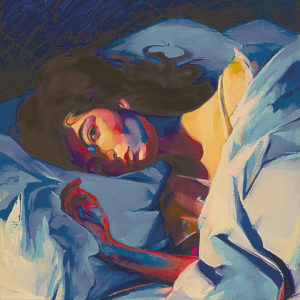 1. Lorde, ‘Melodrama’
Grammy nominated for Album of the Year, “Melodrama” pulses with lived emotional fervor, as its forlorn creator struggles to sort through sordid love to find her best self again amid the remaining remnants (“Supercut,” a vocal paradise) and self-imposed blame (her devastating Kate Bush moment, “Writer in the Dark”). Elegant keys swirl into surging Robyn-esque dancefloor fodder, vocal beds serve atmospheric percussion-like qualities. Thematically, Lorde’s timeless exploration of love’s highs and lows is captivating and wise beyond her 20 years, an album that speaks to the ears as much as the heart.

Chris Azzopardi is the editor of Q Syndicate, the international LGBT wire service. Reach him via his website at www.chris-azzopardi.com and on Twitter (@chrisazzopardi).