Calvin Thompson Was Planning His Funeral. Today, He’s Helping Those ‘Worse Off Than Me.’

After living in Atlanta for 30 years, Calvin Thompson decided to make a change at age 55. He took a new job in New Orleans and began settling into his new routine.
“I had moved in with a roommate and I remember one night we were out doing laundry and I told him, ‘Can you take me to the ER? I’m not feeling well,’” Thompson says. “‘I can’t describe it, but something’s not right.’”
When Thompson got to the hospital, he learned that both his systolic blood pressure and blood sugar levels were nearing 300 — so high that he was in imminent danger of a stroke. When Thompson’s roommate asked if he would be able to go home that evening, he was met with a firm “no.”
“As a matter of fact, they didn’t think I would be able to go home, period,” he says. “I remember the doctor saying that. I woke up the next day and there were tubes coming out of my stomach, there was a catheter placed in my chest, and I was told then that I had stage 4 kidney disease [of five stages] and that I was now going to be on dialysis.” 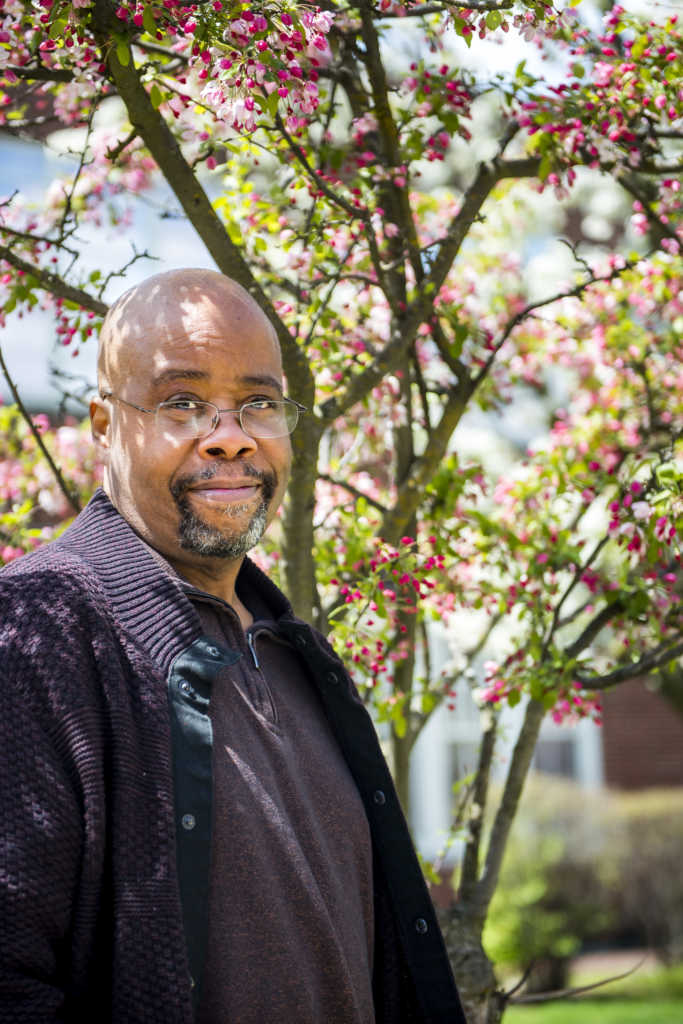 Newly diagnosed, Thompson decided that he’d move again. This time he went to Michigan to be close to family and plan his funeral. But when Thompson’s nightly dialysis treatments began working, he soon realized that he was “not going anywhere.” It wasn’t long before Thompson felt impassioned to do what he could to help others “worse off than me.”
When his social worker directed him to resources at the National Kidney Foundation of Michigan, he also learned of an internship being offered there. He applied, was accepted and spent his time advocating for access to health care by calling legislators.
“I was able to help out. One of the things that the kidney community is in need of is people to provide transportation for people to go to their visits to their treatments, and I was having issues with that as well, so I contacted people,” he says. “Senator Debbie Stabenow was one of them.”
After regularly talking with her office, he got excited about the prospect of doing work to help the community and “it wouldn’t have happened if I hadn’t worked with the Kidney Foundation,” he says. “I haven’t been with them since, but the desire to reach out to the community in that way is still strong.”
It was that experience that inspired Thompson to pursue a master’s degree in social work, which he intends to pursue at the University of Michigan, Ann Arbor.
“That’s one of the reasons I wanted to be a social worker, so that I could help people find ways to and from [treatments]. And I haven’t completed that task yet, but it’s part of what I really need to do. It’s not a want anymore — it’s a need,” Thompson says.
Today, because of NKFM’s help, Thompson is on U of M’s kidney transplant waiting list and will head down to Toledo, Ohio, to get on another. Thompson, who is a gay man, said that NKFM’s welcoming and inviting atmosphere made him feel more comfortable during the process of receiving treatment and learning about services that he was eligible for via NKFM.
“Now, four-and-a-half years later being on dialysis, I don’t feel all by myself like I used to; I don’t feel all alone,” he says. “And that in itself was affirming to me: that there are people who are willing to listen to you and help if you need help. I appreciate that more than anything.”
That’s also why Thompson is hugely supportive of an initiative started by Edward Bohach, a program coordinator and diabetes prevention lifestyle coach and master trainer. Bohach is also a gay member of the diversity, equity and inclusion committee at NKFM.
Specifically, Bohach is working to provide programming to people who are at high risk for developing diabetes or kidney disease, like Medicaid recipients, underinsured people and those with underlying medical conditions like HIV and hepatitis C. Many of those people are LGBTQ+, who are disproportionately affected by these conditions due to discrimination and other factors like greater levels of stress and a higher likelihood of being lower-income.
“With kidney disease and diabetes, you can let that go for a long time before you end up in the ER with kidney failure,” Bohach says. “I know firsthand what it’s like to let stuff go because [of homophobia].”
Bohach has been working to connect with LGBTQ-affirming organizations across Michigan like the Ruth Ellis Center, MCC Detroit, Affirmations and Unified — HIV Health and Beyond to raise awareness about the offered services at NKFM. Often he said, people aren’t even aware that there is grant funding that can aid with kidney disease treatment, transportation to dialysis and a slew of other services.
“Ever since I’ve worked at the Kidney Foundation, we’ve had stuff to give people but we can’t connect with the people to get it. It gets frustrating because it’s like, ‘We have the money to cover this; we can help you,’” he says.
Long term, Bohach is excited that NKFM has partnered with the Michigan Department of Health and Human Services on a project to talk with renal health care professionals about the unique concerns and challenges related to chronic kidney disease care for people living with HIV. Much like Thompson, Bohach is dedicated to providing community support.
“And my personal passion is [the] LGBTQ community because I’m part of it,” Bohach says.
“Anything that happens in the straight community — guess what? It happens in this community, too,” Thompson adds. “We’re all the same.”