Circuit Court Judge Candidate to Voters: ‘Flip Over the Ballot’ 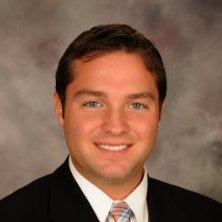 Jake Cunningham, candidate for Circuit Court Judge in Oakland County, has an important message for those voting this November: “Flip over the ballot.”
“A lot of people don’t realize there are judicial candidates,” Cunningham told BTL. “I find that people have the most interaction with the government through the judicial branch, more than any other branch. And people don’t know who their judges are, or that we vote for judges – we’re on the backside of the ballot.”
A graduate of the Western Michigan University Law School, Cunningham has spent the past three-and-a-half years serving as a judicial staff attorney under Oakland County Circuit Judge Mary Ellen Brennan. The position has allowed him to get his feet wet in all three dockets of the circuit court, he said, which includes the Civil/Criminal Division, Business Court, and the Family Division.
This November, Cunningham will face off against his opponent Dan Christ to fill one of two open judicial seats in Oakland County Circuit Court Family Division. Cunningham describes the potential move as ideal, considering he currently works in the same division.
“I work with anything involving children – divorce, custody, child support, juvenile abuse, termination of parental rights, juvenile delinquency, etc.,” he said. “As the staff attorney I help the judge make all the decisions. Anything that will be coming across her desk is in my hands as well to get the decision recommended to her and ready.”
If elected, Cunningham says the new position would be closer to a promotion from his current job than anything. While his experience spans all three circuit dockets, he considers the Family Division to be his current specialty.
“It feels like a natural progression,” he said. “Judges have taught me knowing it’s my passion and goal to be a judge. Brennan has been really gracious in letting me know her process, what’s going on in her mind, and what she’s looking for. I’ve been taught by the best, so I’m ready to go.”
With no primary in August, Cunningham is in the early stages of seeking endorsements and organizing campaign events to meet with potential voters. He says he’s currently endorsed by all six of the Oakland County Family Division judges, as well as more than half of the rest of the bench.
One of Cunningham’s first public meet-and-greets took place during Ferndale Pride on Saturday, June 2. As an openly gay candidate running for public office, Cunningham says the opportunity to represent his community on the campaign trail is a rare one.
“As far as being a gay candidate, there aren’t many openly gay judges,” he said. “I first came out when I was 16, and have had no qualms about it since. I’m very proud of who I am and what I’ve been able to accomplish. I am who I am, and I can’t help that.”
He adds that while he’s proud of who is he is, his orientation alone should have no bearing on his position whatsoever. “Good judges don’t see whether someone is straight or gay, black or white, or male or female. Good judges just see the set of facts and apply the law as we have it.”
At the end of the day, Cunningham says voters should consider not only his professional qualifications but also his character in the courtroom. “In my courtroom I’ll treat people how I want to be treated. In the family court that’s a really important place to come from.”
He continues: “In family court there are people that are in the middle of a really tough and emotional time in life. They need to just have their voice heard in court… I’m going to be cognizant of that – that’s where I’m starting from.”