Openly lesbian attorney general candidate Dana Nessel won the vote at the April 15 Michigan Democratic Party state endorsement convention at Detroit’s Cobo Center. The 48-year-old candidate has had nearly 25 years of legal experience as both a defense and prosecuting attorney. She is also the president and co-founder of Fair Michigan.

Her opponent, Pat Miles gave a gracious concession speech and then Dana Nessel took the stage surrounded by her family and supporters, tears flowing. 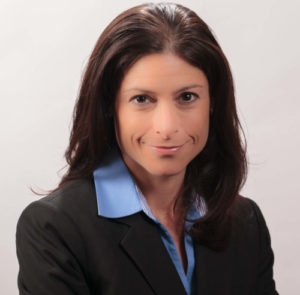 “I want to thank all my supporters and everyone in the state of Michigan that believed in me and believed in our message,” she said. “What I promise you is this: I will campaign my very hardest — not just on behalf of myself and my vision for attorney general but on behalf of all Democratic candidates. We’re going to win all the way up and all the way down the ballot. Let’s all work together to turn Michigan blue again. We can do it together!”

LGBT&A Caucus of the Michigan Democratic Party Mark LaChey summed up how he felt about the victory succinctly when he said, “This is a momentous day for LGBTQ Michiganders!”

Her win won her praise from other Democratic candidates as well. State Rep. Jeremy Moss who is running for Michigan state Senate said he is confident in her ability to pull out a win in the upcoming November election.

“Dana is tenacious and is going to win in November. I’ve been to a lot of Democratic conventions before and haven’t seen a turnout like today’s crowd,” Moss said.  “A lot of credit goes to Dana and her team for engaging new voters in the process, which is exactly what Democrats will need to be successful in 2018. I was proud to support her at the convention and am excited that the rest of the party — and state — will have the opportunity to vote for an openly LGBT candidate in Michigan.”

Nessel stated that if elected in November, she is excited to bring a new viewpoint to the position of Michigan attorney general. Moss was correct in his assessment of turnout, this endorsement convention hosted a record-breaking 6,700 delegates. Michigan State Rep. Jon Hoadley said he believes Nessel will win in November as well.

“Dana did amazing work organizing supporters to win the endorsement of the Michigan Democratic Party, which indicates she has what it takes to organize voters to win in November,” Hoadley said. “Our community has a chance to make history and elect a progressive fighter as the people’s lawyer. Let’s get fired up to vote!”

Sandi Smith is an Ann Arbor supporter who stood with Nessel during work on the marriage equality case DeBoer v. Snyder that made it to the U.S. Supreme Court and secured marriage equality in all 50 states. She said she was “pleased” with the result.

“She is a progressive Democrat with a track record of taking on tough fights. I have seen first hand her tenacity and successes when others told her she would fail,” Smith said. “Oh, and she will be the first out lesbian elected to a statewide office. That’s something too!”

“I’m bringing diversity to the ticket in a way that has never existed before … I think some people are excited about that,” Nessel said in a previous interview with Between The Lines.

To read more about Nessel’s goals for the position of attorney general, check out BTL’s full Q&A with her.

See Nessel’s full reaction to her victory below: