Hatred for Queer Community on Display at Rally in Dearborn

A crowd of nearly 400 Arab Americans gathered as an angry mob and descended on the pavilion in front of Dearborn’s Centennial Library on Michigan Avenue on Sunday afternoon to protest the inclusion of pro-LGBTQ+ books in libraries in Dearborn high schools. Though organizers tried to say the event was not about homophobia or an effort to infringe on the rights of LGBTQ+ students, those claims from the stage rang shallow as standing right next to it was a man holding a sign reading, “Stop grooming students, you sexually perverted animals.”

Moments before the rally began, Sam Smalley, a recent graduate of Dearborn High School, sat on the steps just in front of the stage with an LGBTQ+ Pride flag and a trans Pride flag spread around him. Karen Cristian sat down next to him in solidarity. Soon, they were surrounded by a dozen or so agitated men who began harassing them for being there. Both stood — or in this case, sat — their ground. Dearborn Police, who had to send additional officers to the library to work crowd control, then had to erect a protective barrier around them for safety from the anti- queer throng. 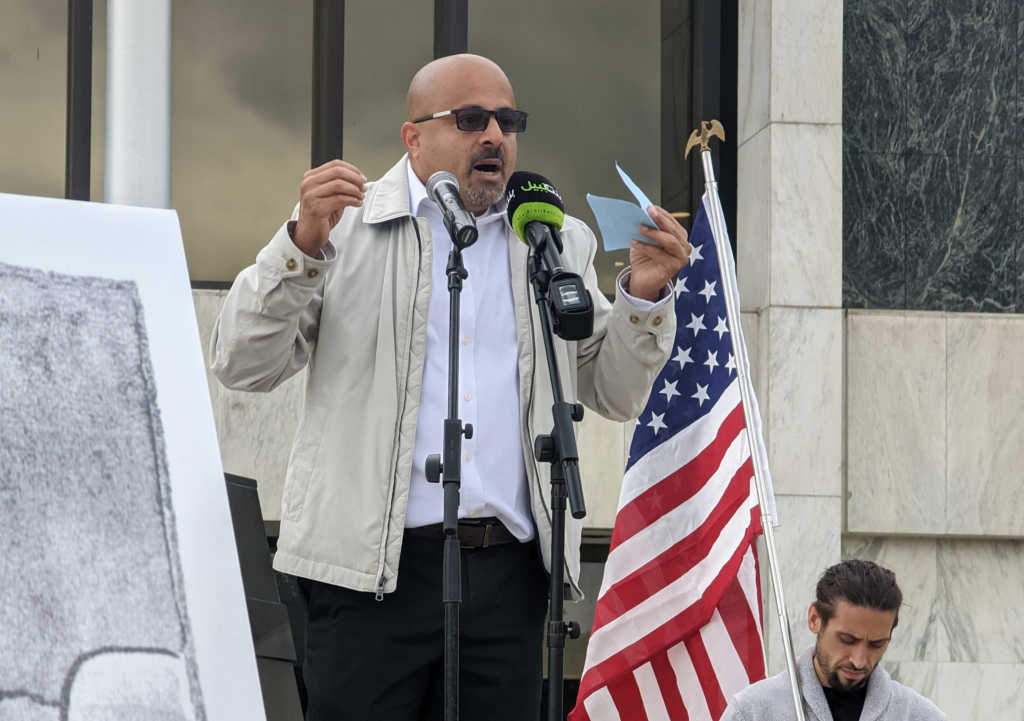 Auto parts manufacturer Nagi Almudhegi spoke out against books for LGBTQ+ teens at the rally. Photo: Jason A. Michael

Cristian, a graduate of Edsel Ford High School, said she came because she saw a post on Facebook “about this horrible movement to censor books.” Looking at the incensed anti-queer mob surrounding her, Cristian said, “I thought we were past this … but I guess we still have to fight this fight.” 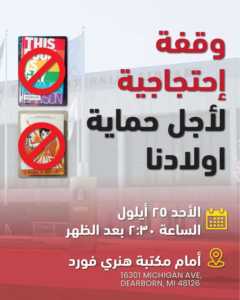 A flyer promoting the protest.

They “protest my right to exist freely,” Smalley told Pride Source at the end of the demonstration, just before multiple police officers escorted him to his car for fear he would be harmed if he walked alone. “They might say that it’s about protecting the children or whatever. But that’s a front. A lot of these people, whether they like to admit it or not, don’t actually support or accept people that are a sexual minority or have different gender identities.”

From the time it began with an opening Muslim prayer in Arabic and English, until it ended over an hour later, speaker after speaker spewed anti-LGBTQ+ rhetoric disguised as concern for kids.

The apparent keynote speaker at the rally, and the only non-Arab American to speak, was agitator Stephanie Butler, who filed a police report after finding a book she felt was inappropriate, “This Book is Gay,” on the library shelf at Edsel Ford High School. Talking about the book, Butler said it was a “manual that as an adult, married woman with four children, I did not know some of these sexual terms that they are pushing in front of our children.”

Additional speakers at the rally included Nagi S. Almudhegi of the Schaeffler Group and Dearborn pharmacist and businessman Hassan Chami, among others. 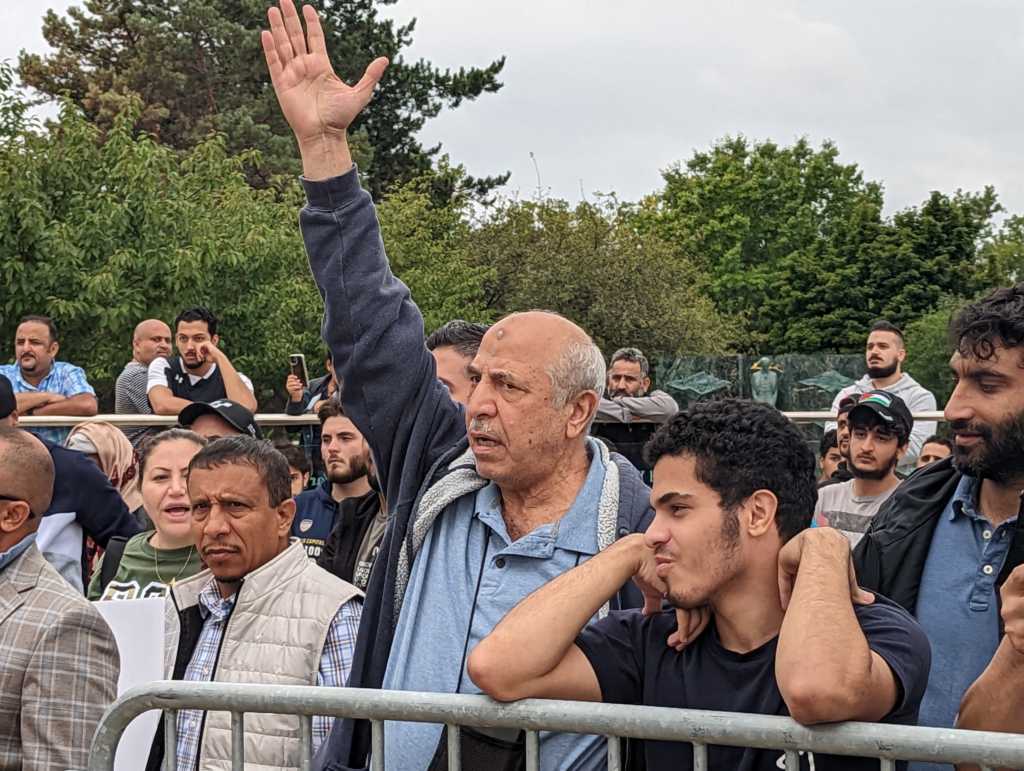 That one Christian Anglo-American woman could hold such sway over such a large swath of the Arab American community in Dearborn is peculiar yet undisputable.

“A month ago, we had one Stephanie Butler,” an unidentified man said in introducing her. “Today, Mash’Allah, I see there’s hundreds of Stephanie Butlers here and …. we’re not going to be silenced anymore.”

At the earlier rally, nearly 200 people showed up in support of the rights of LGBTQ+ students. Speakers included concerned parents, a teacher, a politician and several actual students — elements missing from the second, scarier rally.

“We shouldn’t isolate [LGBTQ+] members of our community,” Dearborn High School student Mark Struman told the crowd at the earlier rally. “We should nurture them as we would any other student. To ban their literature in public schools would only marginalize their community, divide our city, and desecrate our children’s future, our community, as a whole.”