As Sabin, Tyler T. Cooper is a 'bird set free'

Never underestimate the power of a hug. It just might save your life.

See, Cooper was supposed to be a dancer. Was a dancer, in fact. An accomplished one.

His journey began after a dance studio owner who saw Cooper in a summer theater program invited him to take classes. His mom said they couldn’t afford it. But, seeing his potential, the woman offered to teach him for free.

“It wasn’t even a spark; it was like an inferno was ignited in me,” Cooper says. “Dance became my passion.”

After studying dance at Grand Valley State, Cooper found himself traveling the world: New York, Chicago, Los Angeles, Berlin, Paris. For a kid who grew up without much money in Ithaca, Michigan, “it was mind-blowing for me,” Cooper tells Pride Source.

And then he blew out his knee during a performance. The injury “destroyed any possibility of being a professional dancer again,” he says. “My career as a performer kind of ended in that moment.”

Then came the depression.

After a failed knee surgery, Cooper found himself stuck at home, alone much of the time. A friend came over every day to check on him.

One day she was in a hurry, essentially opening the door and hollering into the house to ask if he was OK.

“She left, and I went upstairs, and I took a deep breath, and I did what I did,” Cooper says. “About 10 seconds later, she came in my room and said, ‘I just realized I didn’t give you a hug.'”

“She took a belt, and she tied off my leg,” he remembers, and she managed to get him into her car and to the hospital. “It was all because she didn’t give me my hug.”

Needless to say, hugs are very important to Cooper, and Sabin, despite her sharp-witted ability to read someone for filth, is a big hugger.

“That was one of the hardest things for me with the pandemic,” Cooper says. “You learn so much about someone with a hug.”

Not all hugs are created equal.

“Some people, it’s like hugging a triangle,” he says, cold and inflexible. “There are some people where it just feels like an envelope, where you are welcomed in. That’s my mom’s best gift. [Her hugs are] like envelopes, and that’s what I look forward to when I see my mom. It’s an embrace that you look forward to.”

When he looks at his leg now, he sees “scars of strength.”

He’s covered his scars with a tattoo that says “Bird Set Free,” the title of his favorite Sia song.

“Sia gives me breath when I don’t want to breathe. I’ve never connected with an artist like I have with Sia,” he says. “I purposely placed it over those scars for that reason. Because of what the song means and how far I’ve come. And it’s a reminder that while wings get broken, it doesn’t mean you still can’t fly again.” 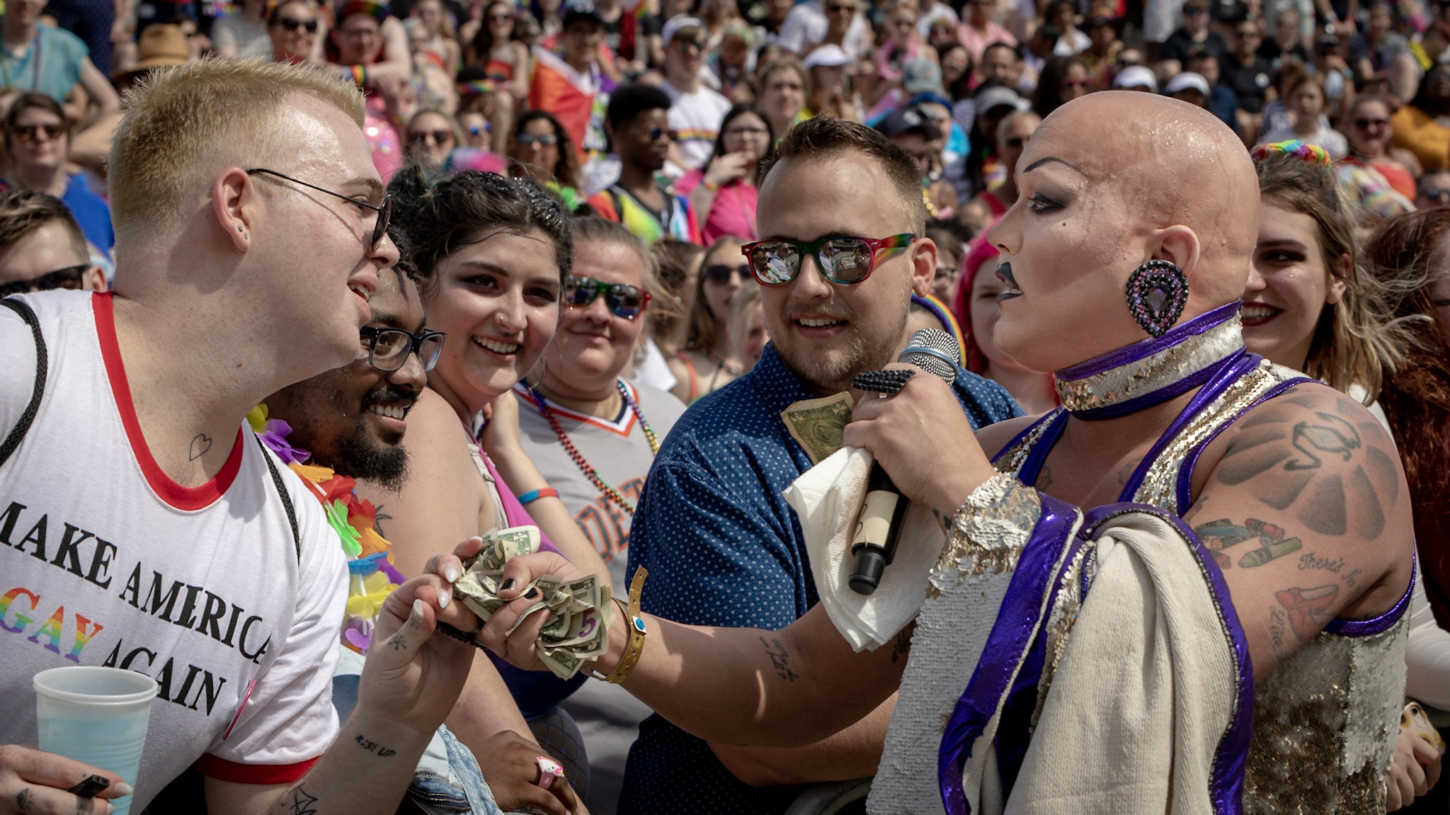 And flown he has. Sabin is one of the most well recognized and celebrated drag queens in Michigan with a long-standing gig as part of Drag Queen Bingo and Drag Queen Trivia at Five15 in Royal Oak that recently put Sabin in the same room with Gov. Gretchen Whitmer.

“She was amazing,” Cooper remembers. “She was very welcoming, very warm. She came to trivia with several of her constituents and fellow professionals and state representatives.”

Cooper continues, “Just to be in that moment and to see someone with so much — I hate to use the word power — responsibility. And to have her embrace us as a community, for her to be there and accepting of the community and the art that we portray was a humbling moment.”

Cooper is well aware of the kind of platform Sabin’s been given, and he’s not wasting it.

“I always say I’m going to use my platform to speak for those that sometimes don’t get spoken for, and that’s why I’m such an ambassador for mental health,” he says. “I know what it’s like to feel lonely and to feel unimportant and even sometimes standing on stage in front of how many thousands of people at Pride there are times when I feel completely invisible.”

Cooper/Sabin is also outspoken about support for LGBTQ+ rights and the Black Lives Matter movement with an emphasis on Black trans lives. “I champion them, and I speak when I can about what I’m passionate about.”

It should be noted, however, that Cooper and Sabin are, in many ways, very different.

“Tyler, for the most part, is a very reserved person unless I’m around people I’m really comfortable with,” he says. “I’m a homebody. I like to be at home with my dogs.” He prefers playing cards or watching a movie with friends to going clubbing.

“I think it’s because I’m so much on the go that I treasure those nights in,” he says. “Not that I don’t appreciate being on stage, it’s my favorite place to be, [but] I look forward to those moments when I don’t have to be a comedian and a host and an ambassador.” 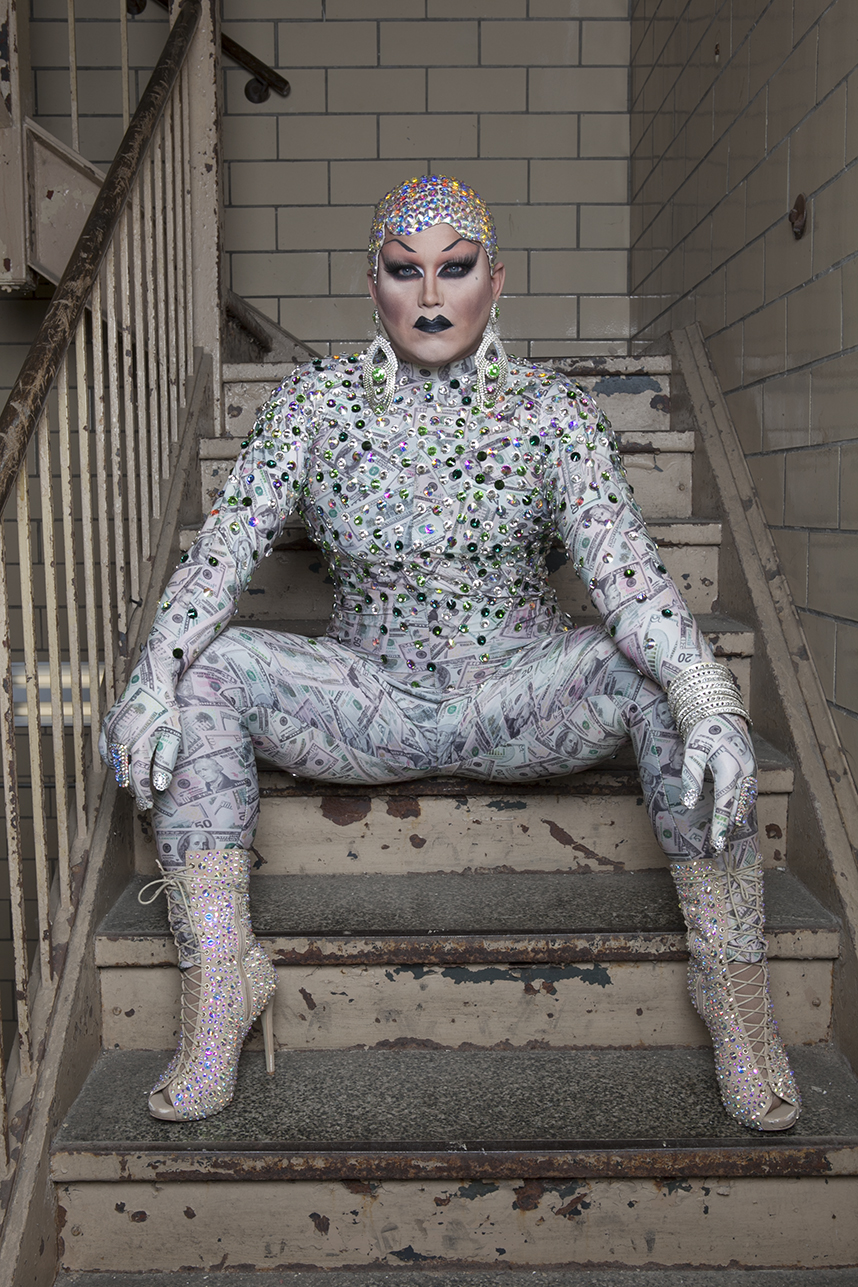 Sabin is “literally the polar opposite,” Cooper says. “I wouldn’t do what I do if I didn’t want to be the center of attention.”

But Sabin isn’t all biting comments, sharp jabs, and rhinestones. (“No sequins,” Cooper makes clear. “Sequins are the cheap man’s rhinestones. I spend a lot of money on rhinestones because I like to sparkle.”)

Sabin isn’t just a larger-than-life character. “I also like to be a safe space, and I want everyone to know that even though I am a person, I am a safe space,” Cooper says. “Because I know what it’s like to be that kid in the back of the room who doesn’t know who they are because I’ve been that person.”

When Cooper was growing up in Ithaca, he says, “I was a very angry young man. And they always say you hurt the ones you love, and that was ultimately true. I lashed out at my family most because I was trying to figure out who I was.”

Going away to Grand Valley State was a turning point for him. “I was able to start living my truth,” he says, “starting to explore nightlife and seeing that I wasn’t the only one.” 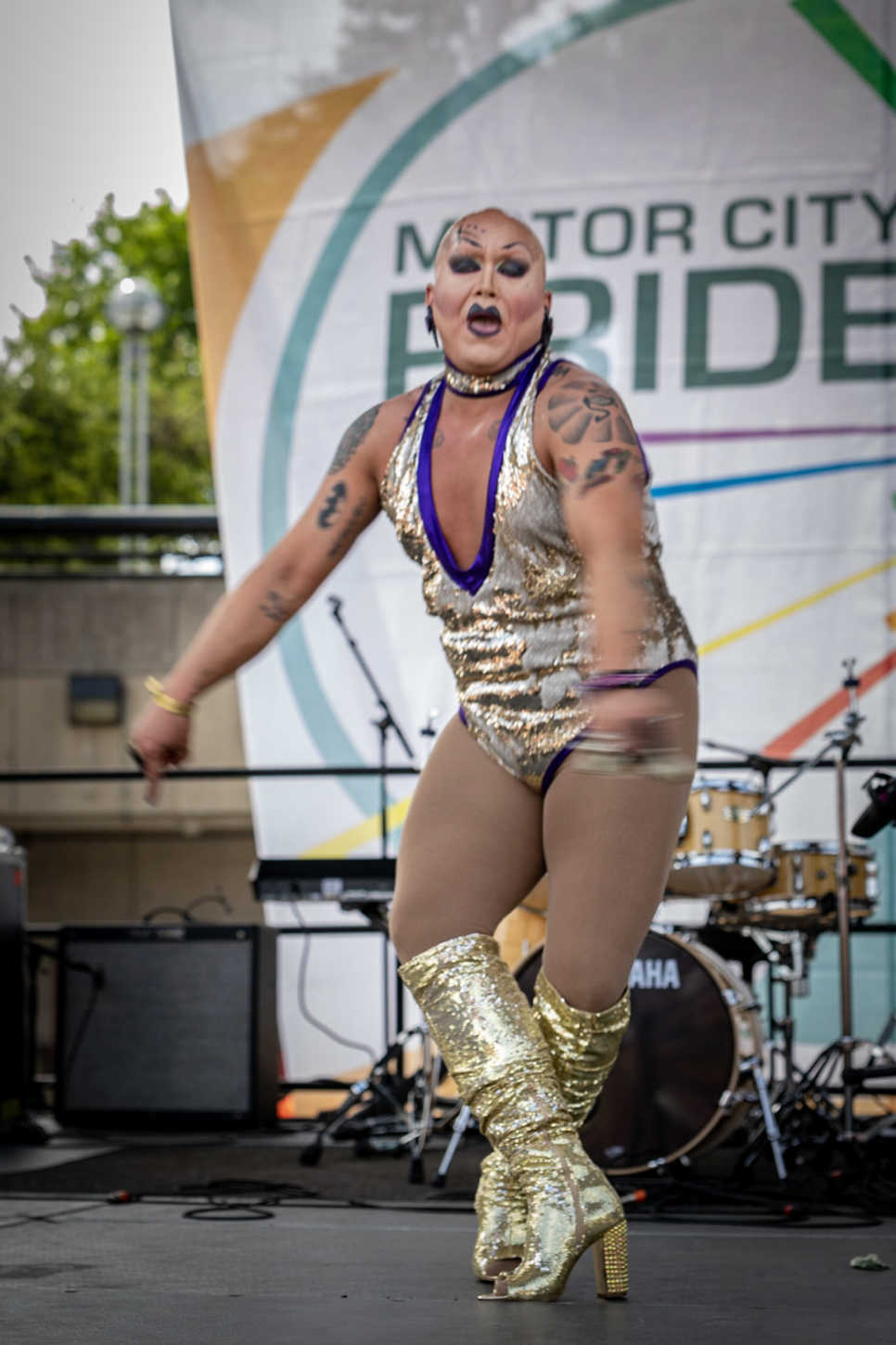 Sabin, however, is one of a kind.

In Sabin, Cooper says, “You have somebody that knows what you’re going through. That’s always been my biggest message. To spread love and to make people feel welcome.”

Revelers at Motor City Pride can witness the gospel of Sabin on Saturday, Sept. 18.

“I’m very honored that I will be the host MC for all of the Saturday festivities as well as show director of the main stage drag show,” Cooper says. Sabin is Motor City Pride’s longest-running host.

“Pride to me is the epitome of love,” Cooper says. “It’s a labor of love and a celebration of where we have come from, but also a realization of how much further we still have to go. While we remain resilient, we still need to remain vigilant in our fight because we still have fight to go.”