“It’s encouraging to learn Mr. Chatfield intends to support an amendment to the Elliott-Larsen Civil Rights Act, to include sexual orientation and gender identity, in his new role with Southwest Michigan First. Yesterday’s statement is a good start, but it’s not enough for our community or for Michigan. 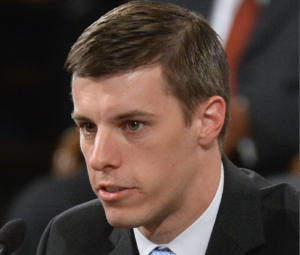 “While Mr. Chatfield is no longer a lawmaker, as CEO he is a policy and opinion leader and it is critical that he understands the central importance of attracting and retaining talent to support our region’s world-class businesses and institutions and the role inclusion plays in those efforts,” Knott continued. “This is essential to the job Mr. Chatfield was hired to do, and it is incumbent for someone in his position to clearly state what it is he’s supporting or not supporting.”

Knott said that moving forward, she’d like to see “actual action” from Chatfield.

“It is one thing to make a simple statement at an opportune time, and another thing to be a leader,” Knott said. “I will continue to monitor this situation closely.”