It didn’t take me long to stop caring if Lil Nas X’s show at Detroit’s Fox Theatre on Tuesday, the first show of his first tour, was going to be any good. I sometimes questioned the authenticity of his vocals — was that his real voice? The backing track? Did it matter? Was it simply enough to witness a Black queer man live his best gay life on stage, no fucks given?

The “Long Live Montero” show started gay and ended gayer; it was a flashy, all-frills act of queer defiance and self-love, where fantasy and reality collided during quite possibly the gayest concert I’ve ever seen.

And it was also very, very good. There was the wristography, the queer sensuality, the embodiment of gender fluidity, that full-on voguing number set to Beyoncé’s “Pure/Honey.” Nas fed that crowd an entire Thanksgiving dinner. I left full.

The “Old Town Road” performer’s first full-length show ever was specifically delivered with his intended audience in mind, the “ladies and gentleman, and nonbinaries, and bottoms,” whom he addresses in an open letter in the Playbill-style program, given out at the beginning of the show. Tops and, gasp, even straights were surely welcome, too, as the show opened with an invitation for all to escape to The Land of Naz, a “moment in your life where you somehow decided you want to see a 6-foot-2-inch homosexual perform on stage.” He goes on to describe the show as a “play about me, starring me as me, with music by me.” 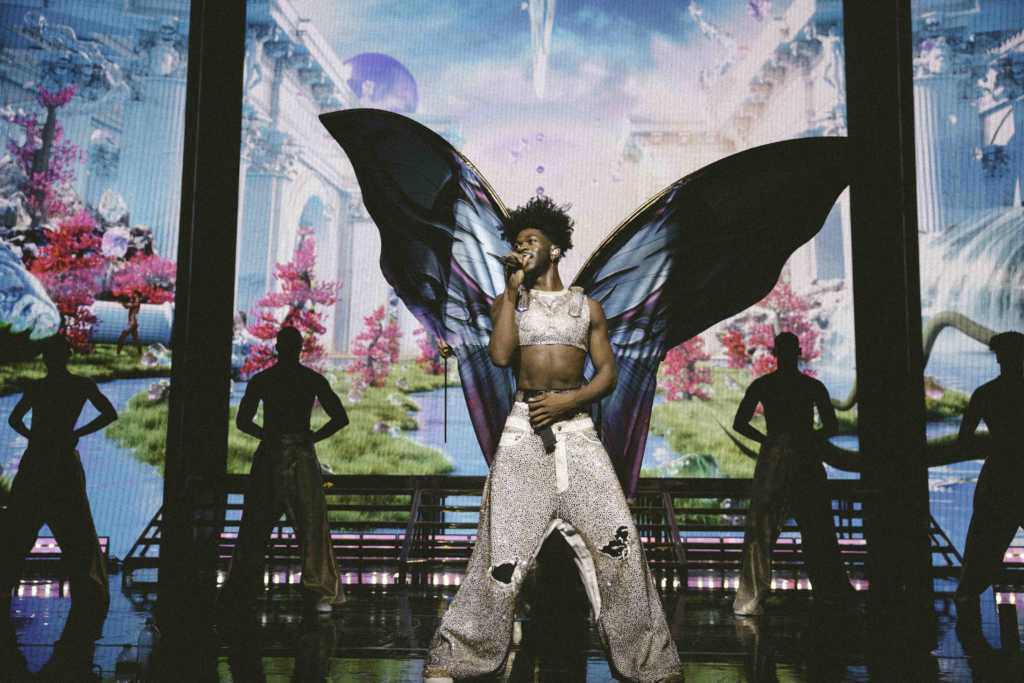 Staying true to who he is, an unabashed Twitter-proclaimed power bottom badass, the spectacle celebrated queerness on a scale of which I’ve never seen in a live concert setting. I’ve been gay for a long time. Seen so much gay everything. This was still gayer. This was WeHo Pride in a packed theater, where styles and influences, from “Pose” and “The Wizard of Oz” to Marie Antoniette and gay futurism, converged in a powerful, empowering statement on individuality and doing whatever the fuck makes you happy. Want to see a life-size, blinged-out horse puppet from the future on stage? How about a bunch of homos doing some period-era prancing in what amounts to a kind of queer revision on French Revolution glitz and glam? In this dream, you can have it all, baby.

The show’s creative director, Stuart Vevers, describes “Long Live Montero” in the program as a “story of metamorphosis.” It’s inspired by “the next generation,” he adds, and “how inspiring individuals like Montero are defining (and redefining) our American story for today.”

It’s a conceptual three-act creation, beginning with our introduction to The Wizard of Naz, a Black female-presenting cyborg who narrates the story of Montero (Nas’s real name is Montero Lamar Hill), who, as the show moves from dark to light, gets his literal butterfly wings during “Call Me By Your Name.” He is saved, but saved by himself. By his side: eight dancers who worked the stage with deft, loose-legged fluidity — Nas’s tightly choreographed family of queers. 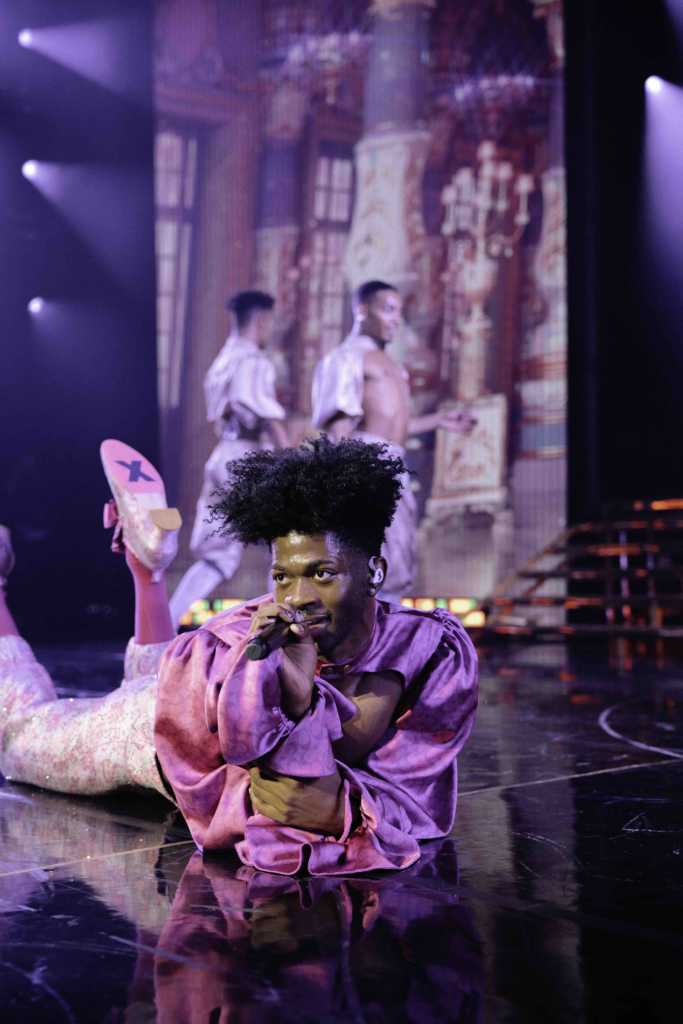 In nearly 70 minutes, the rapper took a theater full of gays, allies and twerkers to homophobic hell and then to gay heaven, places he seems to know on a personal level. While reliving his journey to being openly gay himself, he lambasted religion’s troubling impact on him as a child, as he navigated his sexuality. He, through action but also directly through speech, gave his followers permission to “be a bitch sometimes.” He charted his own trajectory from oppressed Black queer “industry baby” to sexually empowered Black queer music powerhouse, sex positivity radiating through every gyration, phallic use of his mic and his ab-baring, rhinestone-encrusted costumes. And I don’t have to tell you that he made out with one of his dancers. If you know Nas, you know there was probably tongue, too.

Throughout, Nas strutted on and off stage like he was experiencing the same sense of euphoria as the crowd. At one point, he even seemed emotional watching thousands of admirers show him so much love. After he closed Act Three with a confetti explosion, he returned to debut a new song, “Star Walkin’” and threw himself into the pit of fans in front of the stage.

By the end of his exhilarating set, Nas was the hero in his own stage story, the underdog who rose to the top, the defier of odds. And the show’s glitter-drenched core message was simple, profound and beautifully expressed through every gay inch of its life: That, honey, you can be too.