Magic Mushrooms: Coming Soon to a Pharmacy Near You?

Hazel Park is the latest city in Michigan to decriminalize psychedelics

Chances are “magic mushrooms” won’t be available at local pharmacies anytime soon. But if their inclusion in the medical resource WebMD is any indication, the movement to decriminalize what are formally known as entheogenic plants may be gaining steam.

This March, by unanimous vote, Hazel Park became the third Michigan city to decriminalize entheogenic plants, after Ann Arbor and Detroit. Entheogens are psychoactive substances that induce alterations in perception, mood or behavior. Psilocybin mushrooms, ayahuasca, ibogaine and the cactus peyote are counted among them.

“I was under the impression that it was a relatively divisive issue, but what I found in reaching out to community stakeholders and residents and others that I know and trust, everybody was unanimously in favor of it,” said Hazel Park City Councilmember Luke Londo, who is openly bisexual. As an elected official in the local community, Londo, who worked with Decriminalize Nature Hazel Park when drafting the resolution that passed, described it as an opportunity to implement positive change.

Decriminalization is distinct from legalization. Decriminalization does not make a drug legal; it means it is unlikely the drug’s use or possession would be investigated or that consumers would be prosecuted. The designation makes the drug of lowest priority for law enforcement.

Londo is a consumer of psilocybin himself and has found its use alleviates his depression and anxiety. In fact, many studies of entheogenic plants for their therapeutic use have found positive effects on individuals experiencing depression and anxiety disorders, as well as substance abuse  and PTSD . It has also been reported, in a study of psilocybin, that repeated use will build high tolerance; however, it does not appear to have the potential for physical dependence.

Londo pointed to what he called the “complicated relationship” the LGBTQ+ community has with substance abuse, and encouraged consuming responsibly for those who choose to do so. Addiction is more than twice as common in the LGBTQ+ community than it is in the general population. At the same time, Londo noted the efficacy of entheogens in the treatment of addiction when used in modest doses.

“I’m somebody that takes an antidepressant on a regular basis,” said Londo, who is not currently in therapy but has seen a therapist in the past. “I have a medication for when I’m having acute anxiety, but psilocybin, I would say that the best way to really characterize it is a reset. It really provides that level of clarity and self-introspection.”

While psychedelics have been in the news lately for their use in treating many psychiatric issues, entheogenic plants and fungi have been traditionally used by indigenous people in their spiritual practices for thousands of years. That’s the setting in which Carmen Marie Alfaro prefers them. Alfaro is a Two-Spirit/nonbinary person of the Wixarika/Huichol people who lives in Hesperia, north of Grand Rapids.

“I think I’ve always felt the sort of spiritual need to find other ways to interact with what I would consider to be like the divinity of creation and the beauty of everything that is,” Alfaro told Pride Source. “And so I joined a sweat lodge community that’s based out of Detroit at American Indian Health and Family Services.” 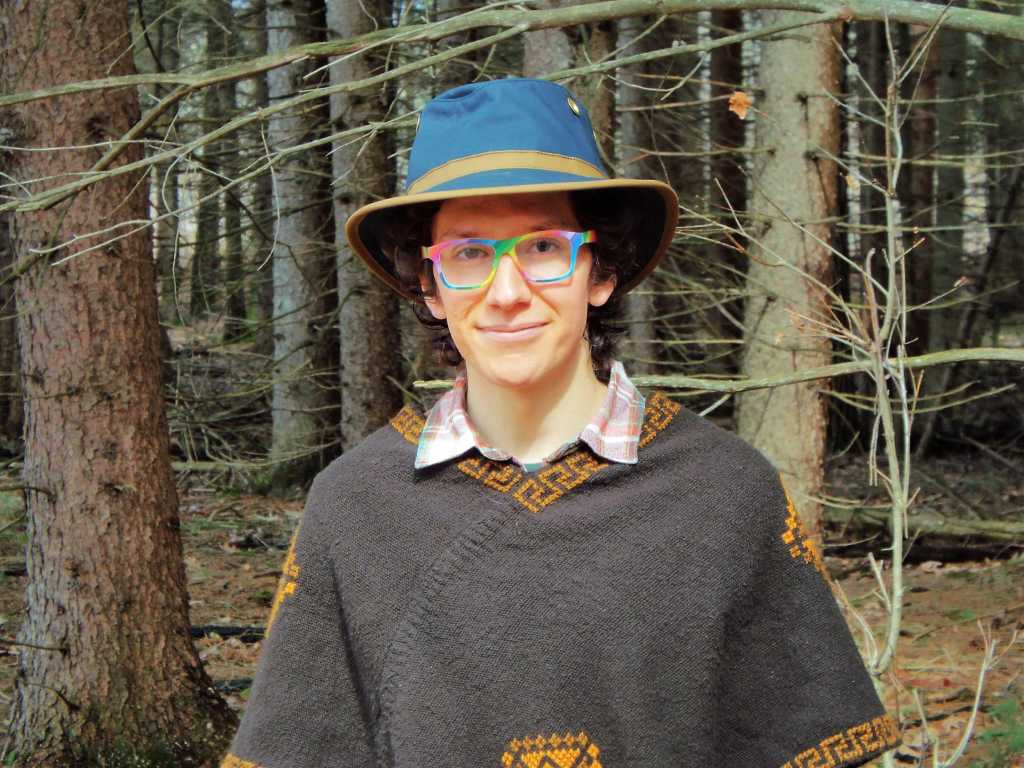 At the time, said Alfaro, they identified as a transgender man. For 10 years they were on hormone replacement therapy with no regrets. However, as a result of an experience with entheogens a year ago, Alfaro now understands their gender identity differently.

“The first time I left that sweat lodge ceremony, I was sobbing,” Alfaro said. “I had no idea what to expect. We’re in a hot, dark tent, drumming and singing Lakota, and I had no idea that it would make me regret my hysterectomy. And so, my journey with plant medicine has basically made me decide to try them to explore that thread. It was sort of like a sweater that was starting to unravel and I wanted to pull it and see what would happen and come out on the other side.

“Since then,” they continued, “I have actually made the decision to not de-transition, but maybe re-transition to being more comfortable with my body and the way that it is. And now that’s more accurately Two-Spirit because of the effects that HRT has had on me.”

For anyone considering using entheogenic plants or fungi, Alfaro urges people to seek out a support community.  They named the organization Chacruna, the institute for psychedelic plant medicines, as one resource.

“I haven’t had the good fortune to participate in a lot of ceremonies at this point,” Alfaro said, “but I would prefer to be in peyote ceremonies with the guidance of a teacher, which I’m now working my way back toward. Now that I’ve kind of mastered who I am, I can reach out and connect to others again.”

“We are trying to go back,” said Barron, who created the Michigan Psychedelic Society in 2017. “These are plants and fungi that grow naturally in the ground, and we feel as humans, as animals, as part of this ecosystem, that we should have an open and direct connection and the ability to use anything that comes from the ground.”

“The substances that we’re talking about are actually quite safe,” she continued, then explained what she considers the real reason for opposition to their decriminalization. “It’s really about a potential point of consciousness or a potential access point that I think the powers that be are worried could get in the hands of humans.”

Barron advocates for the use of entheogenic plants for mental illness such as depression and anxiety. She also believes they can serve as mechanisms for promoting personal growth and spiritual development.

“It’s different for everybody,” Barron said. “I work really closely with people as they figure out what their plant path is.”

Barron said the only people entheogenic plants are particularly risky for would be anyone with a disorder characterized by psychosis, like schizophrenia or schizoaffective disorder. That’s because they induce a state of psychosis.

“These substances are no joke,” Barron cautioned. “They are accelerators. They’re impactful. And people need to have a good deal of knowledge as to dosing.”

Barron also said that while it may be true for some, most folks shouldn’t expect instantaneous results.

“Don’t just assume you’re gonna go into a psychedelic experience and you’re gonna be changed,” Barron said. “You’re gonna have to do months, and potentially years, of work after an experience to actually make real change in your life.”

Decriminalize Michigan has launched a ballot initiative for 2022 that would decriminalize entheogenic plants statewide.