The two-term Democratic state representative from Southfield is seeking a seat on the state’s highest court and tells Pride Source the MSC’s importance was most obvious in July when it ruled that the state’s anti-discrimination act must include protections for sexual orientation.

However, she knows the fight is not over.

“We would be kidding ourselves if we thought that was going to be the last issue that we see, especially with the current climate,” said Bolden.

Bolden, who ran the first half of her MSC campaign while pregnant with her daughter, is running with incumbent Justice Richard Bernstein as one of two candidates endorsed by the Michigan Democratic Party.

She recently agreed to an interview with Pride Source on what her candidacy would mean to the LGBTQ+ community.

Have you sensed an urgency amongst the LGBTQ+ community for this election?

You know, I think that everyone has a heightened attention to the Michigan Supreme Court, because the United States Supreme Court has been signaling some issues that are going to be left up to the states, right? I think there were comments by one of our Supreme Court justices about a few cases that should be reevaluated or looked at, and so I think a lot of people are on edge about what those may be, if that will come to fruition, and knowing that some of those decisions will ultimately be up to state law and state interpretation. And so, absolutely, I think people are really engaged in what’s going on and what it means for them and their personal lives.

In your role as a lawmaker, is it a fair statement to say that the atmosphere towards the LGBTQ+ community in the Republican-led legislature has become more tense and is there an expectation that it will only get worse?

There has certainly been a lot more legislation targeted towards the LGBTQIA community coming up in the legislature. The Senate adopted a Pride Month resolution a few years ago, but then turned around and decided to not adopt it unless there was certain language in it that says “everyone’s a child of God” and things like that.

And so it’s been really interesting to see what has been introduced lately, and then specifically with the Pride resolution, how language was adopted and made a resolution, and then just a couple years after that, that same language was rejected unless some other language was included. And the leadership hadn’t changed in that time period, either. So it’s just been really interesting to see the shift that is happening with issues surrounding the LGBTQIA community. 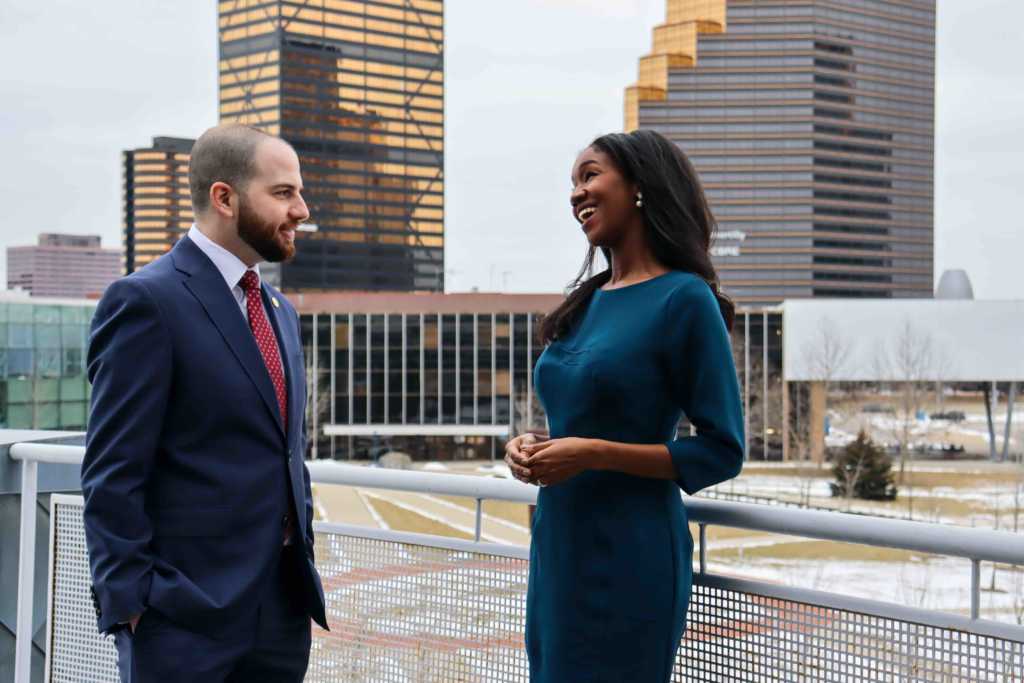 I want to ask you about making the move from the legislative branch to the judicial branch. You’ve been very outspoken as a lawmaker, very forceful in your beliefs. Moving into a judicial role would require a different mindset. How do you go about thinking about that in terms of, instead of making law, interpreting the law?

That is a really good question. So let’s not kid ourselves. Just because you haven’t been outspoken about your beliefs doesn’t mean you don’t have them, right? And so every judge that’s elected has personal beliefs, but it is their ability to set their personal emotions aside or their personal feelings or their personal views and look at the law as written. And what many people don’t know is I was actually trained as a neutral staff attorney to the honorable Judge John A. Murphy in the Wayne County Third Circuit Court. I learned to look at the law through the lens of a judge as a neutral. I think as a lawmaker, I understand more than maybe anyone the separation of powers and how important it is for everyone to stay in their lane. And so for me, it may sound like a huge leap or a shift in mindset, but it’s just a different role in our judicial system, and I understand that role and it’s a very important role that I am taking on.

Representation is obviously a big issue for the LGBTQ+ community. And with the LGBTQ+ caucus expected to grow this year, do you feel that there is hope that representation will also make its way to the Michigan Supreme Court?

I hope so. I truly believe that the Michigan Supreme Court should be reflective of the diversity, background and experiences of the State of Michigan and of those that live in Michigan. It’s not meant to be a monolith. There’s a reason why there are seven Michigan Supreme Court justices and not just one. There’s meant to be different people from different backgrounds on that court, and just in our courts generally as well. We need more representation for those that are hearing the cases that have a certain lived experience that’s important to bring to the table. There is a woman named Amanda Shelton that is on her way to being the first LGBTQIA woman on the Oakland County Circuit Court and we’ve been around the campaign trail together, especially when I’m in Oakland County, and I’m extremely happy for her.

How would you respond to someone from the LGBTQ+ community if they were to ask, “Why should I vote for you — what difference can you make?”

And I do mean diversity. So that means we need more people of different races, different faiths, members of the LGBTQIA community. It’s so important to be representative of the State of Michigan. But as I said before, I practiced as a judicial law clerk. I was a litigator before I was elected to be a state representative for my hometown of Southfield. I know what it is to represent people in making laws. And that’s an important perspective that I think I bring to the Michigan Supreme Court because a large part of the job of a Michigan Supreme Court justice is statutory interpretation. I know how the sausage is made, so to speak. And so I’m excited to be able to share that perspective of how lawmakers actually think about the law. And so I think with my background and experiences in the law, and then just also because representation is so important, I would be honored to earn your vote.

Is there anything else that you think is important on this topic that you’d like to add?

I always like to add, and you touched on it a little bit, I am a state representative and so I have a public record that I’m personally proud of. I would just ask that people follow me on social media as well so you can really get to know me personally and see the things that I’ve done and the work that I’ve done in the community. I think that’s very important for anyone running for judge, because oftentimes we have judges and justices that simply, you know, do their jobs and go home. But I believe in a holistic community approach. I believe that you should be in your community educating the community about the importance of your job or about the decisions that you’ve made. So I really encourage people to get to know me personally and my background and experiences.

This interview has been edited for length and clarity.

Election Day is Nov. 8 and early voting is happening now. Check out our Pride Source Election Guide to learn more about state ballot issues and queer and ally candidates running for local, state and national office.

About the Author: Jon King

Jon King has been a journalist for more than 35 years. He is also an adjunct faculty member at Cleary University. Jon and his family live in Howell, where he also serves on the Board of Directors for the Livingston Diversity Council.