It’s time for my annual gift guide to some of the year’s best LGBTQ-inclusive children’s picture books! There were happily more books published this year than I can include here, so please visit mombian.com for a longer compilation.

Family and Relationships
“A Plan for Pops,” by Heather Smith and illustrator Brooke Kerrigan (Orca Books), is the touching story of Lou, an overall-clad, gender-ambiguous child who loves visiting their grandfathers, a biracial couple. Lou must figure out how to help when one grandfather is confined to a wheelchair and won’t leave his room. Evocative prose and a big dose of family love.

Caldecott Honor and Ezra Jack Keats Honor winner Bao Phi’s “In My Footprints,” illustrated by Basia Tran (Capstone), tells of a Vietnamese-American girl who gets teased by classmates about her two moms and told to “go back where I come from.” She finds solace in imitating wild creatures and her moms draw on their own cultural identities (Vietnamese American and Hindu) to help her pretend. A lyrical tale about finding strength in imagination, family, and heritage.

“Ghost’s Journey: A Refugee Story,” by Robin Stevenson (Rebel Mountain Press), is based on the true story of a same-sex couple who fled from Indonesia to Canada from fear of persecution. Stevenson tells the tale from the perspective of their cat, Ghost, and her thoughtful prose captures the family’s journey with just the right amount of detail for young readers.

“I Am Perfectly Designed,” by Queer Eye star Karamo Brown and his grown son Jason “Rachel” Brown, with illustrations by Anoosha Syed, gives us a gentle yet affirming conversation between a young black boy and his father about their life together, as they walk through their vibrant, multicultural, queer-inclusive neighborhood.

“Maiden & Princess,” by Daniel Haack and Isabel Galupo, with illustrations by Becca Human (Little Bee), tells of a maiden who falls in love with a princess at a multiracial royal court. A welcome addition to the genre of LGBTQ-inclusive fairy tales and books about women in control of their lives and loves.

“Love Makes a Family,” by Sophie Beer (Dial Books), is a cheery board book in the vein of many others that showcase family diversity, but stands out for the fun, dynamic, and gently humorous illustrations. (Published in the last week of 2018, too late for my gift guide last year.) 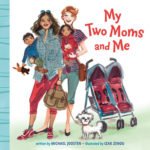 “My Two Moms and Me” and “My Two Dads and Me,” by Michael Joosten and illustrator Izak Zenou (Doubleday), are board books that depict the everyday lives of children with same-sex parents. While they stick with a formula used in two previous LGBTQ-inclusive board book pairs (one by Lesléa Newman and the other by Stacey Bromberg and Joe Taravella), they are upbeat and stylish.

“Family Is a Superpower” (Capstone, 2019), by Michael Dahl and illustrator Omar Lozano, shows Wonder Woman, Superman, Batman and other DC Comics’ heroes, along with a diverse group of everyday children and parents, demonstrating aspects of the one superpower that outshines all others — the power of family. A two-dad family is included. 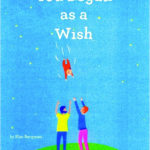 “You Began as a Wish,” by Kim Bergman and illustrator Irit Pollak, offers a simple explanation of assisted reproduction, inclusive of same-sex, transgender and non-binary parents. For 30 years, Bergman, a licensed psychologist, has been helping LGBTQ clients and others have children through assisted reproduction. She has distilled her wealth of knowledge to create this melodic book appropriate for even the very youngest children.
Pride 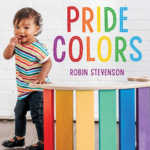 Robin Stevenson’s “Pride Colors” board book (Orca) turns the meanings of the colors in the Pride flag into a poem from parent to child, coupled with images of babies and toddlers and sometimes their two moms or dads. “Yellow sunshine, smiles so bright. I’ll hug you, kiss you, hold you tight,” says one spread. There’s a mention of “Pride Day fun,” but the sentiments extend far beyond a single day or month. 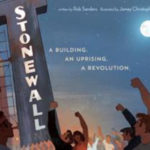 “Stonewall: A Building. An Uprising. A Revolution,” by Rob Sanders and illustrator Jamey Christoph (Random House), uses the perspective of the Stonewall Inn itself to create a simple yet compelling story of the fateful night in 1969. 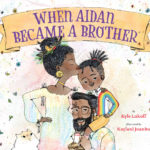 “When Aiden Became a Brother,” by Kyle Lukoff and illustrator Kaylani Juanita (Lee & Low), is a joyous tale about a biracial (black and South Asian) transgender boy awaiting the birth of his new sibling. What sets this book apart from many others is that rather than Aiden’s gender identity offering only challenges to be overcome, it is instead a source of strength and wisdom as he plans for being a good brother.

“In They, She, He easy as ABC,” by Pura Belpré Honor Award winner Maya Gonzalez and Matthew Smith-Gonzalez (Reflection Press), we meet an alphabet of friends, mostly children of color, who use a variety of pronouns and dance their way from A to Ze. The reader is then invited to “Join the dance. There’s always room.”

“Ho’onani Hula Warrior,” by Heather Gail and illustrator Mika Song, is based on the true story of a Native Hawaiian child who feels neither wahine (girl) or kāne (boy) and who wants to join the school performance of a traditional kāne hula chant. An empowering story of a child navigating and finding strength in both gender and cultural identities. 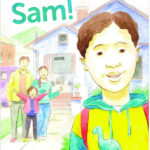 In “Sam!,” by Dani Gabriel and illustrator Robert Liu-Trujillo (Penny Candy Books), a nine-year-old transgender boy finds support from his older sister and parents when he tells them he’s not a girl. Sam and his family read as Latino and they live in a racially diverse neighborhood. A warm story of sibling support and family love.

The protagonist of “What Riley Wore,” by Elana K. Arnold and illustrator Linda Davick (Simon & Schuster), loves to dress up in ball gowns, hard hats and bunny costumes. When another child asks, “Are you a girl or a boy?” Riley simply answers, “Today I’m a firefighter. And a dancer,” and several other fanciful things. Arnold conveys a message of acceptance without raising issues of teasing or bullying—important issues, but too often the only narrative about children expressing gender creativity. The completely positive approach here is refreshing.

In “Ogilvy,” by Deborah Underwood and illustrator T. L. McBeth (Henry Holt), the titular and gender ambiguous bunny moves to a new town, where the other children say that bunnies in sweaters must do certain things, while those in dresses do others. Ogilvy’s medium-length garment confuses them. Ogilvy relabels the outfit at will and plays accordingly, until one day the other bunnies demand a fixed choice. Ogilvy convinces them that everyone benefits from wearing and doing what each chooses.

“Jacob’s Room to Choose,” by Sarah and Ian Hoffman and illustrator Chris Case (Magination Press), is a follow up to their 2014 Jacob’s New Dress. When Jacob, in a dress, and his friend Sophie, in a button-down and khakis, get chased out of the boys’ and girls’ bathrooms, respectively, their teacher leads a class discussion on gender expression. The children decide to create new signs indicating anyone can use any bathroom. The unfortunate reality is that not all schools will be as quick to make change–but this cheerful book offers a model to follow.

Across the Rainbow
Flamingo Rampant micropress published its third cohort of queer-inclusive, multiracial, and celebratory picture books, this time with the theme “Discovery.” Buy them as a set at flamingorampant.com.

About the Author: Dana Rudolph

Dana Rudolph is the founder and publisher of Mombian (mombian.com), a GLAAD Media Award-winning blog and resource directory for LGBTQ parents. Please join her on June 4 by posting on social media for #LGBTQFamiliesDay.