Monkeypox in Michigan, Part 2 | The Doctor: ‘Those People at High Risk Should Get Vaccinated’

Yesterday, Pride Source shared the perspective of an individual who came home from Europe with the monkeypox virus. Ryan Abraham described what it’s been like to deal with the symptoms, to get treatment and to consider the stigma. Today, the perspective of a local doctor managing monkeypox in his own patients:

If there’s one thing that frustrates Dr. Paul Benson about treating his patients with monkeypox, it’s that not everyone understands that isolation is the only way to stop the spread. He said he’s disappointed that some aren’t taking the necessary precautions.

“I’ve told some people they need to isolate, yet they’ve gone on airplanes and gone to places and were sexually active with other people, and then the other people call me because they’ve gotten it. But that’s probably no different than any other disease.”

Benson stressed the differences between how Covid and monkeypox are transmitted. Monkeypox requires skin-to-skin contact. Of all the cases in Oakland County Benson has seen — seven as of this interview — all were sexually transmitted. 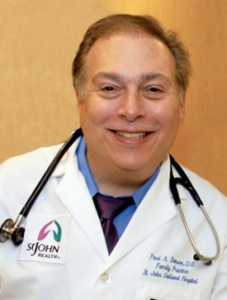 Thus far, Benson said none of the cases he’s seen have been devastating. “I think the important thing is this is really not a life-threatening illness,” Benson said.

According to the CDC: “Infections with the type of monkeypox virus identified in this outbreak — the West African type — are rarely fatal. Over 99% of people who get this form of the disease are likely to survive. However, people with weakened immune systems, children under 8 years of age, people with a history of eczema, and people who are pregnant or breastfeeding may be more likely to get seriously ill or die.”

Since this interview, monkeypox cases spiked in Michigan, more than doubling to 77 confirmed and probable cases as of Aug. 9, with 17 of those cases present in the city of Detroit. Federal officials declared a public health emergency Aug. 4. Updated case counts can be found on the MDHHS monkeypox page.

Benson said a lot of folks are calling his office out of concern or looking for correct information.

“One person had very bad acne and thought that their acne could be monkeypox,” Benson said, “but they were not having any of the other symptoms that go along with it. So there are a lot of ‘worried well’ out there, just like in any other disease.”

In contrast to the AIDS epidemic, Benson said the federal government is being proactive. At the same time, more vaccine is needed.

“Detroit feels that we have a large LGBTQ community,” Benson said. “We’re seeing a rapid increase in number of cases and that we should get more vaccine. And I think the truth is, everybody should be getting more vaccine, whether we were behind on the eight ball for getting the vaccine process started or not, what was, was, and we need to move forward.

“And those people at high-risk should get vaccinated,” he continued. “And when more vaccine is available, it should be offered to other individuals that are at a lesser risk. I’ve said it before and I’ll say it again, it’s that this disease, monkeypox, can be eradicated.”

Yet Benson noted that people travel internationally. Like HIV, it’s one world, one problem — and therefore the response must be global. He’d like to see the same level of aggressive response as there was to nearly eradicate polio. Though less severe an illness, “I think [monkeypox] costs people time, productivity, money,” Benson said. “You know, it can reflect on our economy if this totally gets out of control.”

Benson would like to see more awareness of monkeypox among the medical community. He mentioned a few cases where an individual was seen at an urgent care facility and was misdiagnosed with venereal warts or something else. And he admits when he first heard of monkeypox, like Covid, it was easy to be complacent about an illness far away. “We’ve really gotta train the medical professionals to have more vigilance in considering monkeypox for a differential diagnosis,” Benson urged. “I think every day that’s getting better and better, but it’s still not enough.”

Be Well Medical Center, Benson’s medical practice in Berkley, held its first monkeypox vaccine clinic July 30, for his patients on PrEP, “so we know they have multiple sexual partners.” Benson reported about 85 shots in arms, primarily for those patients at highest risk. “I need to service my own,” he said. One bright spot he noted was that he’s seen much less resistance to getting vaccinated against monkeypox as there was and is for Covid.

Benson confirmed that because vaccine supply is currently limited, the protocol will be to give the first dose only, in order to get as many shots in arms as possible. It’s standard practice to give the second dose one month later, but Benson said the vaccine is effective for up to two years, so for most people, one shot is sufficient for now.

“A lot of people in the LGBT community are stating, ‘Just go to the health department, make an appointment, and, you know, basically lie and tell them that you have had multiple sexual partners in the last two weeks,’” Benson said. “And that disturbs me because if we have these recommendations and we have a shortage of vaccine, it just seems right that we stratify and give the vaccine to those people at more risk. Encouraging people to be untruthful so they could get the vaccination just doesn’t sit well with me.”

To treat monkeypox, Benson has prescribed tecovirimat, also known as TPOXX, originally used to treat smallpox. His patients have shown mixed response. Of six so far, some had drastic improvement, some had modest improvement and only one couldn’t tolerate the medication. Because it is only available by “expanded access” and not yet authorized for treating monkeypox, it requires a fair amount of red tape to get a prescription. Benson, who is an infectious disease and HIV specialist and who does clinical research, is used to the paperwork. He said he is working well with the Oakland County Health Department which gets tecovirimat from the CDC and supplies it to Benson.

As far as pain is concerned, Benson said in his experience it’s generally mild and only an issue when there is rectal involvement.

“When you have monkeypox lesions inside your rectum, it’s extremely painful,” Benson said. “I’ve had to put one person in the hospital strictly for pain control. Others I’ve given strong pain medication to.”

Benson reflected on the recent history of public health and the LGBTQ+ community.

“Remember, in Africa this has been around in humans since the 1970s, and there was no predilection to the men having sex with men at all,” Benson said. “A lot of people have the concern about stigma against LGBTQ [people] and monkeypox. I’m an old-timer; I think that our response to monkeypox has been very good,” he said, in comparison to the 1980s with the HIV outbreak.

“We’ve been behind the eight ball in getting vaccine,” he continued, “but I don’t think there’s anybody in the government sweeping this under the rug and not discussing it and not meeting these challenges head on as quickly and as efficiently as we can. Compared to the 1980s, there were 2,000 cases of AIDS before they ever really put it in the media that it existed.”

Tomorrow, return to Pride Source for Part 3 of our series on monkeypox in Michigan, to view the outbreak from the perspective of local public health official Dr. Calandra Green, who leads Oakland County’s monkeypox taskforce.