FARMINGTON HILLS – As of Jan. 1, 2021, Between The Lines and all associated publishing media products have a new publisher. Benjamin Jenkins of Ann Arbor has assumed ownership of the 28-year old LGBTQ publishing network. Jenkins is the former Production Manager at Pride Source Media Group, which is the former publisher of Between The Lines, the annual Pride Source Magazine and the website PrideSource.com. Six years ago he formed Merithot Creative, an agency based in Ann Arbor that specializes in branding, websites, videography and digital content creation.

“We are thrilled that Benjamin will be the new publisher of BTL and all the other print and digital products developed by Pride Source Media Group,” said Jan Stevenson, co-owner of Pride Source Media Group. “He knows the products inside out from having worked first on our staff for a number of years, and since he’s gone out on his own we have continued working together on many projects involving both our digital and print products.”

“Benjamin has the knowledge of our history at BTL and shares our commitment to the LGBTQ community,” said Susan Horowitz, co-owner with Stevenson of Pride Source Media Group. “He has the skills, the team and the resources to take BTL to the next level in this digital age of publishing. We look forward to seeing him develop these media products – especially as the economy starts opening up again in 2021 and as the media industry continues to rapidly evolve.”

Jenkins said he and the newly merged team plan to continue publishing Between The Lines biweekly and to come out this summer with the 2021 edition of the Pride Source Magazine. 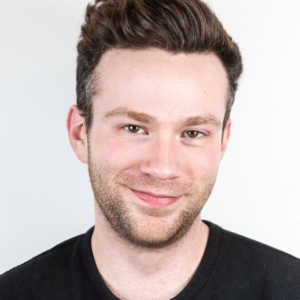 Jenkins has created Pride Source Media LLC that will serve as the new publishing entity. The current BTL news and entertainment editors and writing staff are moving over to the new company, as is the existing sales staff. They will work together with existing Merithot staff who will lend their expertise to the new publishing business. Both Stevenson and Horowitz will remain on as consultants for several months to help with the transition and as publishers emeritus.

“As a queer person, I know the importance of queer media in ensuring that LGBTQ+ voices are heard and uplifted,” Jenkins said. “I look forward to continuing the wonderful work of Jan and Susan, honoring their legacy and making our own through our publications, finding opportunities to bring more value to our readers and business partners alike.”

Jenkins also acquired Stevenson and Horowitz’s interests in Q Syndicate LLC, the nation’s largest provider of professionally produced content to LGBTQ publications and websites. Q Syndicate writers who hail from all over the U.S. create cartoons, puzzles and celebrity interviews that are then distributed to dozens of other LGBTQ newspapers and other media outlets. Chris Azzopardi will continue on in his role as both editor of Q Syndicate and as renowned celebrity interviewer. His work has been nationally syndicated, featured in such publications as The New York Times and GQ, and most recently on the Pride Source YouTube channel.

About Pride Source Media Group
Pride Source Media Group was formed in 1994 as the publisher of Between The Lines, Pride Source Magazine, MiVoterGuide.com and the PrideSource.com website. PSMG also produced the LGBTQ Wedding Expo for 10 consecutive years from 2010 to 2019, and, in 2005, created Encore Michigan to produce professional theater reviews and the annual Wilde Awards for excellence in live theater in Michigan. In 2015 Encore Michigan was transferred to a nonprofit entity.

About Merithot
Founded in 2015, Merithot Creative Marketing partners work with their clients to help them face unique challenges with and give them the confidence to reach their target audience with messaging that builds real trust – and converts to sales. Learn more at merithot.com.