On and Off the Mat, This Michigan Trans Wrestler and Psychologist Is Advocating For Trans Kids

Though she's dealt with transphobic critics, Sarai says she feels supported by other wrestlers

For Davison Sarai, a 46-year old queer transwoman from Michigan, wrestling was a way to escape what was happening at home. An alcoholic father and a home life marked by domestic violence did not make for an easy childhood. So she used wrestling, skateboarding and video games as a way to get out of her own head, even if only for a little while.

Sarai’s journey to becoming a professional wrestler wasn’t straightforward. In 1999, when she was in college, before she transitioned, she visited a wrestling school with a friend, but it didn’t quite work out back then. “It was so hard. And, you know, we were both in college. We couldn’t drop our real lives to do this thing. We were not tough enough to do that,” she says.

“But I just have a big mouth. And I started doing a podcast about wrestling,” she adds.

This is where her journey in the wrestling world officially began, in 2019. Her friend Mark Frankhouse introduced her to a radio station to do the podcast. Later, he introduced Sarai to the person who owns Independence Pro Wrestling (IPW), which invited the pair to do commentary for his company. Meanwhile, the pandemic was happening. Locked down, bored, and feeling like she was getting out of shape, she decided to start training to get fit.

“I had no plans to wrestle. I just wanted to work out,” she says.

But within two practices, her affinity to wrestling was clear. And she picked up on it quickly. Sarai has been training for about 18 months and debuted as a professional wrestler last October. 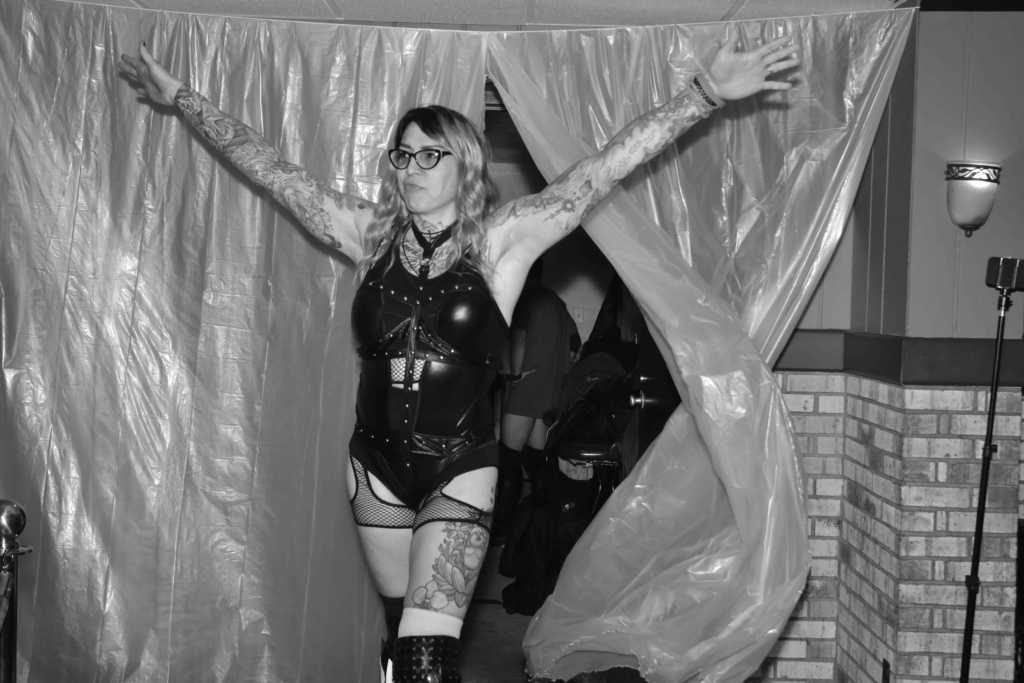 Right away, Sarai started racking up wins. She beat a well known women’s wrestler from the Midwest in her debut match and won the Women’s Championship. She was also named Rookie of the Year for 2021.

Today, she serves as chairwoman of IPW’s Mental Wellness Taskforce. “I became like an authority figure in the wrestling company, where if wrestlers needed a psych evaluation, that was me,” says Sarai, a licensed professional counselor. “If somebody needed to be disqualified and put in the hospital for the weekend, that was me.”

However, being a transwoman in the wrestling world has come with unique challenges. Sarai says that she knows certain promoters have refused to work with her. “I have been told there are certain promoters who will not — absolutely will not — give me a job because they don’t want me wrestling. In their opinion, I’m not a ‘real woman,’” she says. “It’s pretty clear. It’s just an opportunity for people to be nasty and transphobic openly.”

Sarai says she does feel scared attending wrestling events in areas farther from home, especially in the South. Being away from the support system that she has built in West Michigan is challenging; she says not knowing how an audience might react is “spooky.”

Sarai has also faced mixed responses on social media. Some people have been overwhelmingly supportive, others not so much. Sarai has found creative ways to combat online harassment. When an article about her went up on the website of a local media station, she could already anticipate what she’d read in the comment section. It was good for her career, to get noticed, and so she decided to do the piece, but she also recruited a team of people to respond to the negative comments, “to completely change the narrative,” she says. “A lot of us went to ‘Facebook Jail,’ because you’re not allowed to be bullies. That’s the narrative, right? That you’re discriminating against the people who are leaving hateful comments.”

Sarai has also had to deal with a double standard, wherein people say “I like you as a person, but I think it’s unfair. I don’t think trans women should be able to compete.” When these critics are looking her in the face, she says they’re not only saying that generally speaking trans women should not be able to compete, they are also directing their comment at her. “You can’t be theoretical, right in my face. If you’re going to ask me, you’re being personal,” she says. 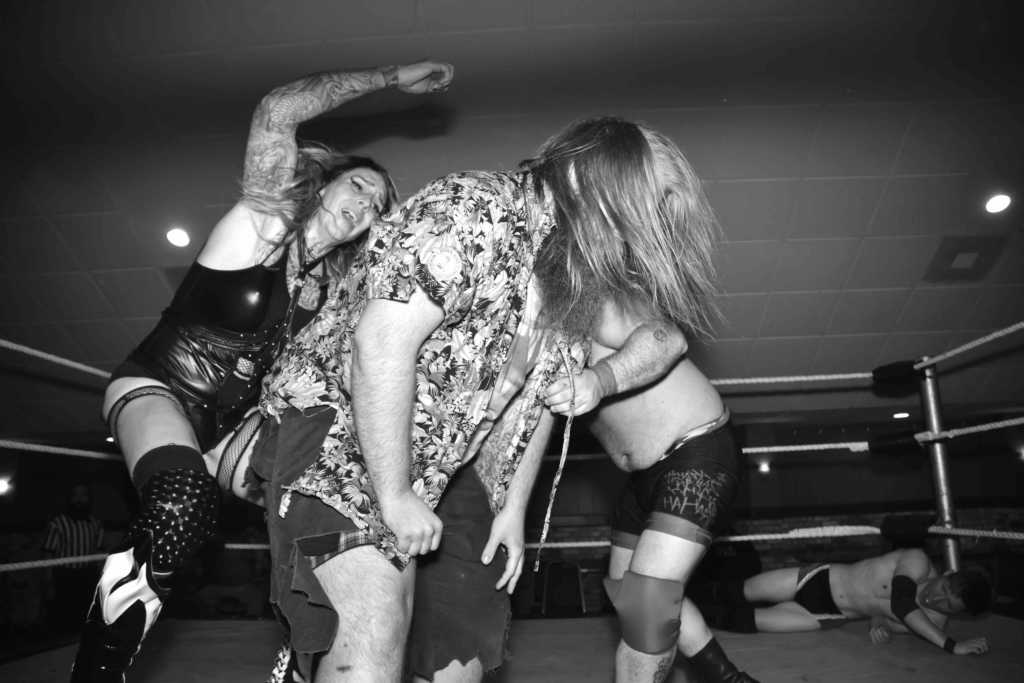 It’s not all been bad, though. Sarai has found a lot of support among the wrestling community, especially the women. Her identity has also been crucial in how she relates to her patients as a licensed professional counselor, which is her day job. “There is a marketability to be a transgender therapist who can work with the transgender community and actually understand what people are going through,” she says.

She has heard horror stories about transgender clients being forced to see therapists who were not accepting and harmful to the client’s wellbeing, and she believes her position uniquely allows her to help trans clients. She has managed to make a name for herself, in part because of her inclusive practice. “It seems that with every year that goes by, I don’t have to do a lot of advertising,” she says. “People find me and it’s cool. It feels like a lot of responsibility. And I have to say no to a lot of people,”

Sarai passionately advocates for her patients. There have been times where parents have brought their children to her, seeking conversion therapy or to affirm that their child is “crazy” for being who they are.  At times, Sarai has had to argue with these parents. “I’ve chosen to argue with some of them right in front of their kid, knowing that I probably won’t get the case,” she says. “But I want that kid to see that somebody will fight for them and advocate for them. And maybe plant a seed for them to do the same eventually.” About 80% of her caseload is queer and trans people, and she believes her identity is an “absolute plus” in relating to them.

For Sarai, wrestling and being a mental health professional represent two sides of the same coin: “If wrestling was escapism and had to do with my family, therapy absolutely had to do with my family.” She explains that in alcoholic families, there is a culture of secrecy. Because of that, there’s a lot of denial about how bad things were, which impacted her severely. “I was very depressed. I was very angry. And I would try to discuss that with my family,” she explains. “And they’d just deny the whole thing.” When Sarai fell in love with her psychology classes in college, it opened the door to her therapy career.

At the moment, Sarai is balancing both her job as a mental health professional and wrestler. “I’m doing well. And I’m getting my name out there. It’s realistic that I could start getting offered to work three or four shows a week in the next few months,” she says. But she also carries a full caseload of more than 25 clients each week at her job, and she’s decided that if she starts getting the offers that she hopes to get for wrestling, she would consider moving to a part-time basis with therapy if she can balance the finances.

“The passion is definitely in wrestling,” she says. “I love therapy. I’ll probably always do it. I find it intellectually stimulating. But the passion right now is in wrestling, for sure.”