No matter how the holiday spirit moves you, the perfect soundtrack is waiting to accompany all your festivities, including this mix of 2022 releases, holiday concerts and TV specials from LGBTQ+ music stars and vocal allies. So, bust out the eggnog, host a cookie exchange and fire up some holiday music as you reflect on another tough year filled with challenges and blessings. Treat your senses to a hard-earned break with music that makes you feel happy, loved and treasured (because you are, all year round).

Sam Smith fans were delighted when the out gay, non-binary singer dropped an original holiday tune in November, “Night Before Christmas.” While Smith didn’t release a whole holiday album this year, their 2020 album “The Holly and the Ivy” still deserves a prominent spot on your holly jolly playlist. It’s a short album featuring just five songs, but apart from one cover (“Have Yourself a Merry Little Christmas”), it’s the rare holiday album mostly comprised of originals.

Smith’s latest album, “Gloria,” hits stores on Jan. 27, just in time to help you power through the frigid Michigan winter.

If you’re a certain age, there’s a decent chance your inner 11-year-old is begging you to check out Debbie Gibson’s new Christmas album, “Winterlicious,” the singer-songwriter’s first holiday entry. That’s saying a lot considering Gibson’s lengthy career. The future Broadway star launched her career in 1986 at 16 years old with the chart-topping hit “Only in My Dreams” and hasn’t stopped working since.

“Winterlicious” hits all the classics, from secular carols like “Sleigh Ride” and “Jingle Bells” to Christian mainstays like “God Rest Ye Merry Gentlemen.” Don’t miss Gibson’s “White Christmas” duet with her father, Daddy Joe — the singer’s voice is as rich and bright as it ever was, a lovely juxtaposition to her father’s mature baritone.

The Boys are back! Well, they never really left, exactly, but the quintet’s latest release, “A Very Backstreet Christmas,” is generating more buzz than we’ve seen in a while for this beloved OG boy band. It makes sense, too. Holiday music is the perfect match for the kind of angelic harmonizing the band has been creating for — gulp — 29 years.

Over the years, Reba McEntire has become a true Christmas staple. She’s released a half dozen full length Christmas albums over the past couple of decades, hosted several Christmas specials at the Grand Ole Opry and other big stages and these days, we’re watching her exude holiday joy in Lifetime movies like 2021’s “Christmas in Tune.”

By now, McEntire has left her mark on all the big Christmas carols and, lucky for you, she’s assembled 11 of them (plus an original song, “I Needed Christmas”) on a newly released album, “The Ultimate Christmas Collection.” It’s the perfect pick to accompany your tree-trimming festivities (or for singing very loudly from the privacy of your car/sleigh).

At a time when we all need a little Christmas, Dolly, as usual, over delivers. You might recognize the title of Parton’s latest holiday album, “A Holly Dolly Christmas,” and that’s because it was originally released in 2020. But wait, there’s more! The 2022 Ultimate Deluxe re-release includes “A Smoky Mountain Christmas,” originally featured in Parton’s 1986 movie, “A Smoky Mountain Christmas.” This version of the album also pulls in two tracks that had been digital-only bonus tracks from the 2020 release, “Three Candles,” and “The Wish Book.”

Always one to graciously share the white-hot spotlight that seems to continually shine on our queer ally superstar unicorn, Parton included several duets on this one (many of whom are also part of her “Mountain Magic Christmas” NBC special), including Michael Bublé, Billy Ray Cyrus, Miley Cyrus, Jimmy Fallon, Willie Nelson and her late brother Randy. This album, like all things Dolly, is a fantastic, feel-good gift choice for anyone (including you — go ahead, treat yourself, because you’ll keep this one in rotation for years to come).

For reasons that aren’t immediately clear, few music-related topics are as divisive as a capella. You either love it or loathe it, but even those in the latter camp would surely agree that Pentatonix has a lock on this genre, especially when it comes to Christmas music.

The harmonic powerhouse quintet has put out five studio holiday albums over the past seven years, but “Holidays Around the World” is unique. You’ll find featured performers like Meghan Trainor (“Kid on Christmas”) and, true to the album’s title, a big mix of songs from all over the world. “Christmas in Our Hearts” features Lea Salonga, the Filipino singer who voiced Princess Jasmine in “Aladdin,” and a “Feliz Navidad” rendition gets a boost from Latin American group La Santa Cecilia. 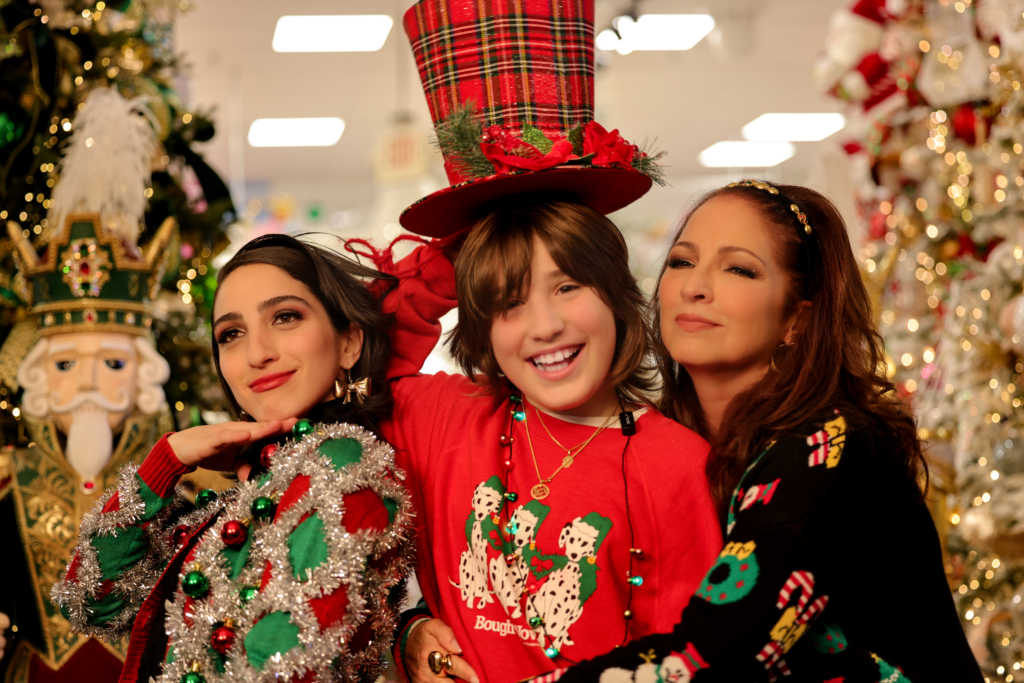 When Gloria Estefan’s daughter Emily publicly came out as a lesbian, there were a few side-eyes in the mix, especially related to Gloria’s revelation that she hadn’t been keen on Emily coming out to her grandmother, Gloria’s mom, who died in 2017. The longtime music icon has always insisted she’s nothing but supportive to Emily and to the LGBTQ+ community on the whole, and the release of “Estefan Family Christmas” seems to underscore that claim.

The album is a collaboration between Gloria, Emily and Gloria’s 10-year-old grandson, Sasha Esfetan-Coppola, and is the first Christmas album for Gloria in nearly 30 years, when the singer released “Christmas Through Your Eyes.” The new album is a true family effort, with features from Gloria’s husband Emilio and Sasha’s parents Nayib Estefan and Lara Estefan-Coppola. You’ll get your money’s worth, here, too — the album features 17 classic and original songs in both English and Spanish.

After a serious fall a few months ago, Amy Grant’s Christmas concert tour with Michael W. Smith was in question, but now that the tour dates have arrived, the Christian crossover artist and LGBTQ+ ally seems to be in top form. The Christmas tour, already in progress, will hit 12 cities across the country (including Detroit on Dec. 8 at the Fox Theatre). When Grant returns home to Nashville, she and husband Vince Gill will perform a series of Christmas shows at the Ryman Auditorium through Dec. 21, before the broadcast of Grant receiving a Kennedy Center Honors on Dec. 28 on CBS and Paramount+.

You could get all dolled up and hit the town, or you could ring in the new year in your jammies with Miley Cyrus and co-host Dolly Parton — the choice is yours. Heck, you could get dolled up and ring in the new year with Miley and Dolly from the comfort of your couch, for that matter. In any case, you won’t want to miss “Miley’s New Year’s Eve Party,” the second installment of the mega NBC hit (the 2021 event was the number one social entertainment special across all of TV for the entire year).

While the lineup for 2022 has yet to be announced, you can be sure this will be a star-studded event based on last year’s show, which featured stars like Jack Harlow, Brandi Carlile, Noah Cyrus, Kitty Ca$h and more. The show starts at 10:30 p.m. on Dec. 31 live on NBC and streamson Peacock.

Mariah may have lost a court case that would have officially named her the “Queen of Christmas,” but she’ll always be the true queen of queer Christmas. Is Christmas even Christmas anymore without an endless loop of “All I Want For Christmas Is You” running through your head like so many sugarplums?

In addition to Mariah’s assured appearance on your holiday playlist, this year, you can catch the queen belt at a new Christmas concert event. Like most people on the planet, you’ll probably miss out on Mariah’s sold-out appearance at Madison Square Garden Dec. 13, but fear not: CBS is running a two-hour filmed version of the show Dec 20. “Merry Christmas To All” will also stream on Paramount+.

As the teaser for Matt Rogers’ upcoming holiday comedy special for Showtime says, this guy is the complete package. The out gay comedian, actor, writer, television personality and co-host of the podcast “Las Culturistas” (with Bowen Yang; both also star in “Fire Island”) has become a queer media darling over the past few years.

“Matt Rogers: Have You Heard of Christmas?” available now on demand, promises a little bit of something for everyone, making this special a true crowd-pleaser, assuming your crowd digs snarky humor, hilarious takedowns and edgy comedy about the “reason for the season.” From comedy sketches to original songs, storytelling and a series of special guest stars, this is an ideal distraction from all the hustle and bustle of the season.