Queer Michigan School Board Trustees Speak Out: Representation, COVID-19 and Putting to Rest That Rumor About Litter Boxes

'Knowledge is power,' said one board member, whose personal interaction made a big policy impact

Susan Estep, a Saline Area Schools Board of Education trustee, says she’s passionate about her role as an elected official. But openly queer Estep possesses an unusual determination to carry out her official duties in the face of open threats like the one that occurred at a meeting that focused in part on the district’s transgender student policy.

At the meeting, Estep’s friends in the audience heard someone behind them say, “‘I’d like to have two hours with her. I would like to get her out in a parking lot and spend two hours with her.’ “And so my friends, they walked me out,” she said. She noted the man is a preacher, one of whose church members is a woman running for school board this fall.

Previously, there was a campaign to force Estep’s removal from the sex ed committee. The language used was that she had a “conflict of interest.” That would suggest having an LGBTQ+ identity is in itself a conflict in matters that involve teaching sexual education to all students.

“They need my voice,” Estep insisted. “Out of all the committees, this is where I need to be, because that voice is not there. And we’re talking about the LGBTQ curriculum and being inclusive. I said, ‘I’m doing my job. I’m committed to this, and I will not leave,’” In fact, her policy chair position was taken away, but she was later put back on the sex ed committee after reasoning that either she or the other LGBTQ+ board member must be given that assignment. 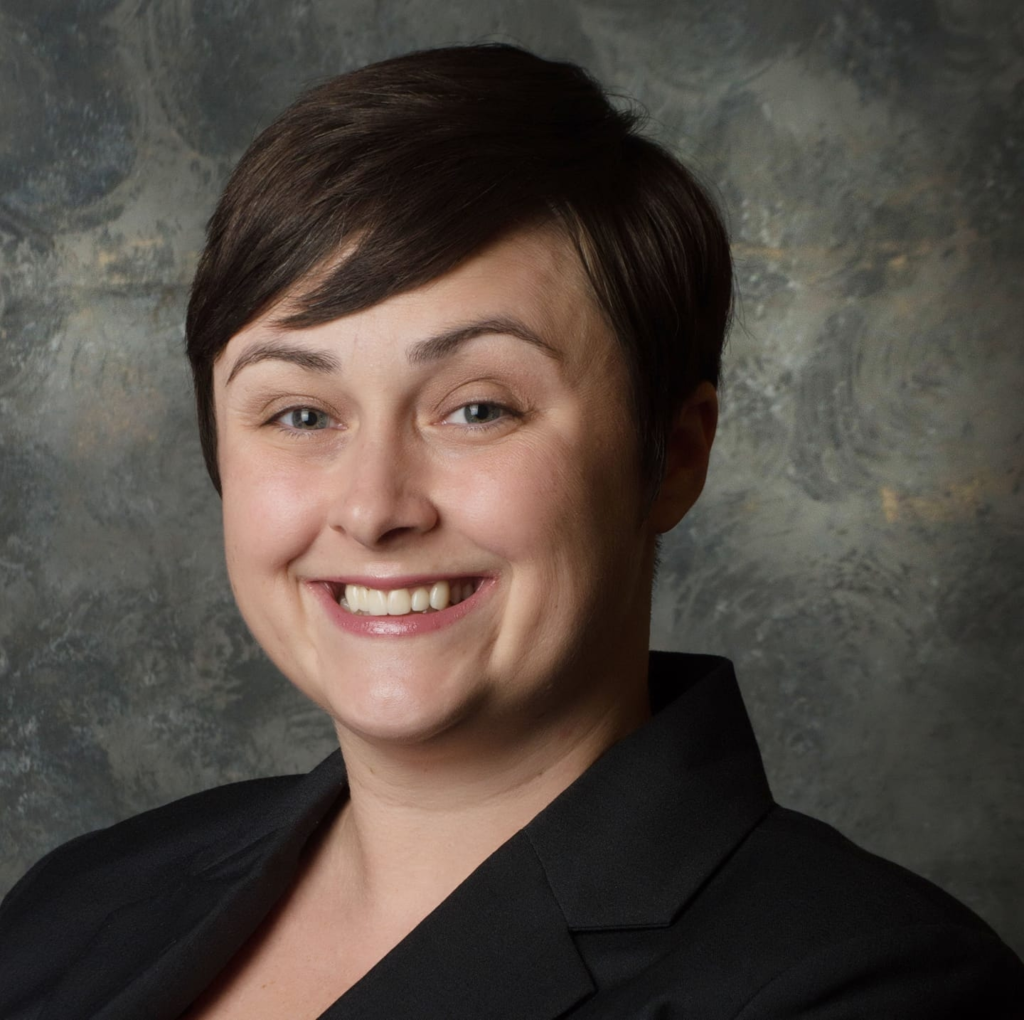 Estep confirmed that she lives in a relatively progressive region, as do some of the other openly queer school board trustees (five including Estep) that Pride Source interviewed. They shared what the latest hype surrounding school boards is all about and why representation by the queer community matters so much.

All agreed there was a noticeable shift brought on by the COVID-19 pandemic. The debates over masking seemed endless. Whether or not to meet in-person. How much, what kind and when for sex ed. Soon critical race theory and diversity, equity and inclusion policies were implicated. Attempted book bans were not unexpected. Lately, the buzz is over so-called “parental rights,” or parents exercising control over public school curriculum.

Megan Maddock, a Kalamazoo Public Schools Board of Education trustee, made the observation that some feel if they didn’t agree with the masking policy or the social distancing policy, “then I have to disagree with you on curriculum and everything else,” she said. 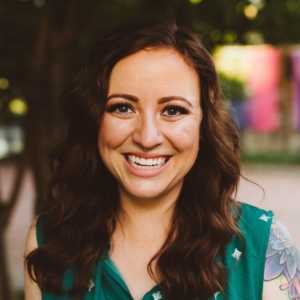 Those fights over curriculum “and everything else” at times have been extreme. Just ask Eric-John Szczepaniak, secretary of the Kenowa Hills Schools Board of Education. In what he called “a crazy, right-wing conspiracy,” Kenowa Hills and schools in other districts were rumored to have litter boxes in their restrooms for use by furries, who are members, sometimes queer, of a subculture interested in anthropomorphic animals. 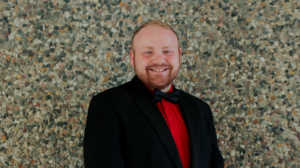 “If you look that up — there are a few different news reports about it — where superintendents who never thought this would be part of their job, would go and tell the news, ‘No, this does not happen,’” Szczepaniak said. He added that on the plus side, he’s pleased with the progress of his school district’s sex ed advisory board, which has been directed to include grade-level-appropriate details about sexual assault and its prevention.

Ciechorski had his own experience with outsiders imagining all manner of mayhem occurring behind closed doors. On one occasion, two women who spoke during public comment having identified themselves as “concerned grandmothers” said they were “appalled” about the “CRT” the school was teaching the kids. Again, critical race theory has never been taught in public K-12 schools. 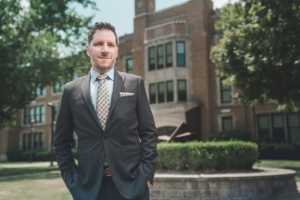 “They accused us of trying to start a race riot within the city,” Ciechorski recalled.

School boards are being framed as parental adversaries, an issue that may stem from two sources: a lack of credible news sources and/or confusion over what school boards do and don’t do. To the latter, the main responsibilities of a local school board are to employ the superintendent; develop and adopt policies, curriculum, and the budget; and oversee facilities issues. “I’m definitely not sitting at home on Monday night deciding that chicken nuggets are for lunch on Tuesday,” Ciechorski said. Nor does he sit on a committee that monitors student restrooms.

School board trustees are also not indoctrinating children. That’s one that openly LGBTQ+ elected officials and even allies hear too often. Google “groomer,” and politically-related results will appear more than ads for pet salons. Unfortunately, Maddock was on the receiving end of this hysteria during a forum led by pastors during her candidacy.

“It became pretty apparent early on that it was not necessarily a forum to just ask questions about what we wanted to do as school board members,” Maddock said, “but it turned into a bit of a targeted campaign against my sexual orientation and identity and what my intentions were for the children of our district.” She described it as difficult to sit through.

For Charlie Fulbright, trustee of Battle Creek Schools Board of Education, a district with little apparent conflict, advocating in his own district hasn’t been difficult. So the Battle Creek Pride board member has been attending a neighboring district’s meetings outside of his board member role. He explained that Pennfield Township is making decisions about curriculum and there’s talk of banning books with LGBTQ+ content. 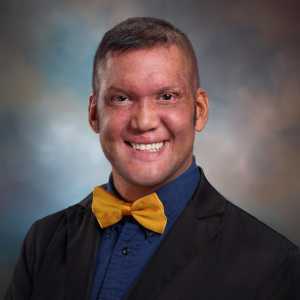 “[I’m] just trying to state facts,” Fulbright said, “what our state level school board says and what their policies are. And what neighboring districts have. And why it’s so important to include those books.”

Whatever the degree of partisanship experienced as a school board trustee, there’s one thing all five interviewed agreed on: Openly queer representation on boards of education matters.

“There’s a lot of allies on our board, but if there’s a board with all straight people, who’s going to fight for adding sexual orientation into the discrimination policy?” asked Fulbright, who has done just that. When another board member with whom Fulbright serves was adamant about voting against adding sexual orientation and gender identity to their nondiscrimination policy, “I educated him and told him what it meant and what it was for, [and] he changed his vote to a yes,” Fulbright said. “Knowledge is power.”

Szczepaniak had a similar situation in which another board member actually felt he could approach him with questions.

“’I don’t know how to ask this,’” Szczepaniak recalled the board member saying to him, “’but I don’t know what the T means in LGBT.’ And I could tell where his heart was. And I said, ‘Well, I’m glad you asked, and here’s what it means. Here’s what transgender means. And I’m not speaking from experience here, so this is what the experience is like for a lot of people.’ And so he ended up voting alongside the rest of his colleagues for Elliott-Larsen expansion.” Szczepaniak called his colleague voting for a resolution in support of amending ELCRA a heartfelt moment. “Sometimes we underestimate the influence that we can have just by being out,” he said. Later, that resolution was offered to and supported by the Michigan Association of School Boards.

Maddock had her own opportunity to educate a board member.

“We were having a phone conversation and [they] had said something like, ‘Well, I don’t really know anything about sexual orientation stuff, but it’s not that I’m homophobic,’” Maddock said. “And I was like, ‘Well, I think that that’s part of the problem, though — you have told yourself it’s not something that you need to know about. It’s important that we all understand the differences between identities.’”

Unlike Maddock’s negative experience with the school board candidate forum in Kalamazoo, Ciechorski had a positive one during a forum headed by the Royal Oak High School diversity club. As an openly gay school board member, his presence is appreciated, and he has the receipts.

“Those kids were so excited when I was elected, I got little emails from them, Ciechorski said. “’We’re so glad there’s somebody like us on the school board. Thank you.’”

Estep is fighting burnout. Yet she persists even in the face of pushback she sometimes gets from leadership. She was displeased that after parental outcry, the district created an opt-out for the Human Rights Campaign’s “I Am Jazz” reading, a nationally recognized curriculum featuring a transgender child as the main character. But just last year she had some wins as chair of the board’s policy committee: the creation of the Diversity, Equity and Inclusion Advisory Committee Policy and the Transgender and Nonbinary Students Policy.

“I’ve seen so much change and growth in our district since I’ve been on the board,” said Estep, who was first elected in 2018. “We now have policies that our administration and teachers can lean on and proudly continue the DEI initiatives that our district is committed to. While I have personally faced adversity as a queer woman during these efforts, it has been so worth it. Our students are thriving and know that they are all supported. And our community is stronger because of it.”