Queer Things to Do: Get Tickets for the Ann Arbor Folk Fest, Perform at an Open Mic, See a Cirque Show

Well, you’ve made it through another year of Super Weird and Unsettling American History. Well done, you! Why not wrap up another year of adventure with a Cirque du Soleil Christmas show or by getting super vulnerable on a stage somewhere? More than ready to leap into 2023 with both feet? Get your tickets now for two not-to-be-missed shows in totally different genres. 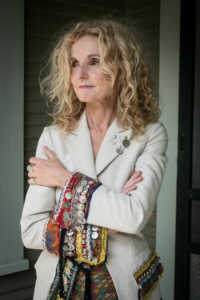 Tickets are available now for the 46th Ann Arbor Folk Festival, which returns to a live performance format after a Covid-induced hiatus. The two-day event, set for Jan. 27 at The Ark and Jan. 28 at Hill Auditorium, will feature two distinct experiences. On Friday, expect an intimate, “in-the-round” event, “Banjofest,” at The Ark, when performers like Valerie June, Thao, Rachael Davis and Yasmin Williams will entertain guests.

2. Look, It’s Ms. Jackson Even If You Aren’t Nasty

She’s back! It’s been nearly four years since Janet Jackson went on tour, no thanks to a pandemic pause and later, cancellation, of a planned tour in 2020. Jackson’s 2023 tour will bring the timeless (and seemingly ageless), five-time Grammy Award-winning superstar and loyal fans “Together Again” at long last. Jackson and her entourage will stop at Little Caesars Arena in Detroit on May 24 with supporting guest artist Ludacris. The tour will pay tribute to Jackson’s 50th year in the entertainment industry and the 25th anniversary of Jackson’s seminal album, “The Velvet Rope.”

Tickets for the “Together Again” tour are on sale now at Ticketmaster. . 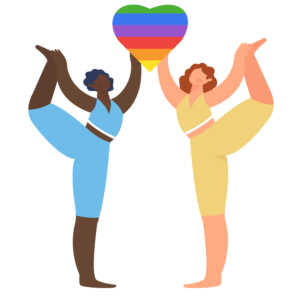 If you, like a lot of other people, had a rough go of it in some ways in 2022, consider shaking off the negative vibes and starting your 2023 on a cleansing note. The Divine Feminine Reconnection: Release, Reset, Renew yoga event, set for Dec. 30 at Bamboo Royal Oak, is a day centered on yoga, journaling, meditation, vision and intention setting, Afro-Cuban dance and other exercises geared toward helping you bid a fond farewell to 2022 as you welcome the new year on a positive note.

4. Strut Your Creativity at an Open Mic Night

Share the song in your heart with the world, or at least with a small, friendly audience near you at the weekly Songwriter Open Mic Night, every Tuesday at Planet Ant Theatre’s Ghost Light Bar in Hamtramck. The gathering, hosted by Dave Toennies, brings together local songwriters, poets and other creative types for a “night of good vibes and great music,” according to organizers. Not ready to share your creativity in public? Listeners are welcome, too!

Is comedy more your scene? Head next door to The Independent, where Planet Ant hosts an open mic comedy show every Friday and Saturday night. Word to the wise: hecklers are encouraged here, so break out the big armor. Performers include local amateurs and touring professionals.

5. Lean Into the Weirdness of a Cirque du Soleil Christmas

Don’t take a new date to a Cirque du Soleil show if you’re planning to play it cool, because it’s going to be a spectacle. Go ahead, let that mouth hang open as you watch an incredible acrobatic performer zip through the air in a flash of light and that strong young lad casually race across a tiny tight rope, likely while casually twirling a baton that’s literally on fire. Add Christmas to the mix and you’ve got a sure-to-be unforgettable, festive night out. “‘Twas the Night Before…,” based on the Clement Clarke Moore poem “A Visit from St. Nicholas,” will feature all the trademark Cirque elements — acrobatics, flawless costuming and a hefty dose of weirdness — plus a little holiday magic.

Cirque du Soleil’s “‘Twas the Night Before…” is showing at the Fox Theatre in Detroit through Dec. 26. Buy tickets at 313presents.com.