As we near the end of a year that has already been chock-full of horror thanks to the general state of, well, nearly everything, lean in to the abject terror of our shared existence and really throttle that jack-o’-lantern for all it’s worth this Halloween season. So whether you’re in the mood for some costumed debauchery at a sexy dance party, some innocent childlike fun at a glow-in-the-dark street party or just envision a night streaming something great with some cider and a friend, this Halloween list is sure to deliver just the right treat (or trick—we don’t judge). 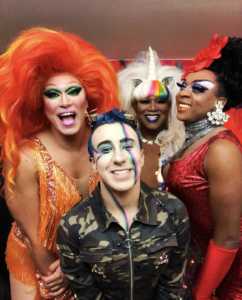 ypsiGLOW is back after a pandemic hiatus. Join up with other members of the public to take part in a luminary procession, view “GLOWing” artist installations, and enjoy roaming street performers and a dance party at this annual event. Ypsilanti’s famous drag troupe, Boylesque, will also be on hand at the event.

“Making a positive difference in our community is what we love to do,” Black said.

2. Take Over the Eagle, Spooky Style 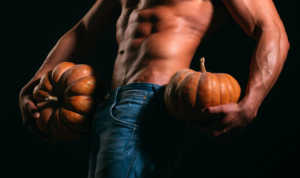 The Ringwald Theatre is getting in on the scary October entertainment with its production of Stephen King’s “Misery.” The book-turned-film-turned-play is about a famous writer, Paul Sheldon, who winds up in a serious car accident in a remote area and the fan, Annie, obsessed with him. After Annie “rescues” him, she becomes enraged learning that her favorite character by the novelist, Misery, has been killed off in Paul’s next book.

Director Brandy Joe Plambeck says audiences can expect a “fun little twist” during the show, Ringwald-style, adding that while it’s “a straightforward (serious and spooky) version of the Stephen King story you may know and love, we infuse a bit of gender-reversal with one of the characters, and it adds a new layer to the production that we hope you thoroughly enjoy!” 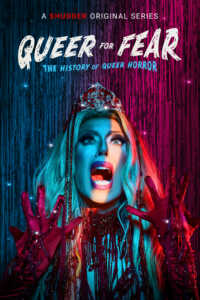 Shudder’s new docu-series, “Queer for Fear,” is about to enter heavy rotation on a screen near you. Executive produced by Bryan Fuller (“Hannibal,” “Pushing Daisies”) and Steak House (“Launchpad,” “The Mustang”), the series explores the role of queer people in the horror genre, from early influences like authors Mary Shelley, Bram Stoker and Oscar Wilde all the way through to ’80s, AIDS-obsessed vampire films. A news release about the series says “Queer for Fear” re-examines “genre stories through a queer lens, seeing them not as violent, murderous narratives, but as tales of survival that resonate thematically with queer audiences everywhere.”

Catch “Queer for Fear” on the Shudder streaming channel at shudder.com or as part of the AMC+ bundle.