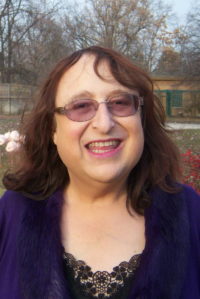 A registered social worker and licensed psychotherapist, Rachel Crandall-Crocker is also an international transgender activist and the founder and organizer of the International Transgender Day of Visibility. Asked about her 2019 goals in her role as Transgender Michigan executive director, she said she feels “full of promise” but ready for action.
“We are already coordinating with the ACLU to work with the new governor and others to make life easier for the transgender communities of Michigan. Also, this coming year we plan on opening even more chapters throughout Michigan and extending our network even further,” she said. “The biggest hurdles of the following year will be whatever the administration in Washington does next to harm our community. We must be ready and we must be unified.”
Crandall-Crocker added that the 10th anniversary of the International Transgender Day of Visibility is coming on March 31 of 2019. It was that holiday that helped members of the transgender community feel safer, more seen and heard across the world — even in places where being openly transgender is illegal.
“This is a major milestone of our community. Since its inception, it has brought the transgender communities of the world together in ways I’ve never seen before. I am doubly delighted by this as the founder and the organizer. Transgender Michigan will also be running a statewide rally on the Capitol Steps in Lansing for the 10th Anniversary on Saturday, March 30.”