SAGE Metro Detroit, Detroit’s only nonprofit dedicated to services and advocacy for LGBTQ+ older adults, recently announced that they will no longer be connected to the national SAGE organization. This comes as SAGE national moves away from the affiliate model and announces that only affiliates in New York and South Florida will exist after this year.

“It’s really important that the message is clear that this is not a decision that we made,” said Angela Gabridge, SAGE Metro Detroit’s executive director for nearly a year now. “The new E.D. didn’t come in and say, ‘We’re splitting from national.’ This was very much a decision made at the national level, and we were certainly surprised by the decision.”

Gabridge said that SAGE Metro Detroit is currently trying to gain a deeper understanding of what the split will mean for the agency. They have until the end of this year to rebrand and come up with a new name and logo. 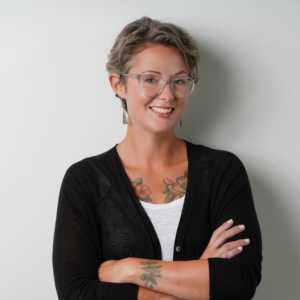 “We anticipate undertaking that from July through October with the hopes of being able to announce in November,” she said.

SAGE Metro Detroit has, since its inception in 2015, been “one of the largest, if not the largest, affiliates in the country,” according to Gabridge, who pointed out that the agency has its own 501c3 status, its own board and funding, unlike most SAGE affiliates.

“There is no revenue sharing,” she said. “So, it’s not like any of our funding has come from the national organization.”

But the fact that SAGE Metro Detroit has grown so large makes it “a little bigger of a deal for us at the local level,” Gabridge said. “But as we’ve been sharing this information with local partners, it’s been met with a lot of excitement. They feel this opens up opportunities as far as partnering with them not only in southeast Michigan but as we work across the state.”

One new change at the agency involves its employment structure. Previously, all employees were not technically employees, instead filing as independent contractors.

“I’m the first official employee,” explained Gabridge. “The organization’s never had employees. Everyone, including my predecessor, was an independent contractor. Now, we’re trying to build a more sustaining model and we’re in the process of implementing that as well.”

“I am so excited,” she said. “We are the only organization of our kind in Michigan. We are Michigan-centric. Our statistics and all of our information really focuses on our people in Michigan. So, for me, it’s just lovely.”

Lewis pointed out the SAGE Metro Detroit has really been doing work all across the state including in cities such as Grand Rapids, Benton Harbor and even in the Upper Peninsula. “We’ve made relationships with people all over the state. … We are really placed to transition into being a full state recognized organization.”

In 2010, Lewis helped found the LGBT Older Adult Coalition with Kat LaTosch and Jay Kaplan. Because of the success of that initiative, the group was asked to become a SAGE affiliate in 2015. Now, at 75, Lewis said she spoke to her accountant who told her the switch from being an independent contractor to a regular paid employee would not affect her much. But her daughter disagreed.

“She said, ‘Mom, you started this organization. Would you like to be on the outside looking in as a contractor, or do you want to be an employee of the organization you helped start?’”

Another change at the agency will be its focus on trans and non-binary issues. Last year, SAGE Metro Detroit received some planning grant funding from the Michigan Health Endowment Fund for a transgender aging project. They are currently developing a “Loving Your Trans Body” series as well as education and social programs designed to improve the emotional, physical and financial health of trans and non-binary older adults.

The program will also help trans and non-binary older adults seek out affirmative health care and navigating things like insurance denials. The initial pilot phase will come to an end this summer, but the agency is attempting to secure continued funding for the program.

“We feel it’s really important to improve and expand our work with the trans and non-binary communities in general,” said Gabridge, who added she plans to bring on someone to focus on trans and non-binary issues soon. For now, current staff are implementing the project through its planning phase.

The agency is also looking to offer more in terms of direct services to all of its clients, whether it’s social programs, food programs or their friendly caller program.

“As we are looking to the future of the organization ourselves, we’re looking at where we can support existing providers as well,” Gabridge said. “We’re looking to deepen some partnerships that we have now. … It’s important for us to make sure that we’re of value to the community.”