Still Going Strong: How Religion Brought Lady Vonne’ and Her Wife Closer Together

Singer’s faith led her out of ‘the valley’ to find love, music success

Lady Vonne’ is a survivor. She survived poverty and over a decade of sexual abuse as a child. Then, as an adult, she survived both a stroke and breast cancer. Throw in the suicide of a sibling struggling with depression, the toils of being a single mother and the burden of being a Black woman in a world that both discounts and underestimates them, and even the word survivor seems somehow inadequate to describe her.

Vonne’ – real name Yvonne Dowell and age given simply as “mature” – grew up on Detroit’s west side and remembers moving frequently.

“We were here one moment and there the next, living in partially abandoned facilities,” she said, while sitting in the posh living room of her palatial home in Shorepointe Village, located just behind the Fisher Mansion in Detroit, that she shares with her wife. “It was a rough childhood. We struggled a lot.”

She remembers her father being in and out of the picture, often showing up long enough to get his wife pregnant and then gone again by the time the baby came. And when he wasn’t on the scene, a family friend sexually abused Vonne’ for over a decade, until she was old enough to defend herself and fight him off.

“Early on, I had to be the big girl … with the babies and other siblings and everything; I wanted to be my mom’s protector. I wanted to make sure that everybody was OK while we were in this dysfunction.”

From a young age, Vonne’ learned to look to her faith to guide her. While her parents were not religious, her mother did allow her to go to church with a neighbor, starting at around age 7.

“This lady played the piano, and she was just so happy,” said Vonne’. “She would just be banging on the piano and one day she said, ‘Would you like to sing?’”

The song was “Walk Around Heaven All Day,” and before she sang the last refrain her love affair with both the Lord and music had begun in earnest. Together, those two forces would see her through the personal trials that were to come.

She ended up married to a man jealous of both her talent and her beauty. She wanted to pursue a singing career, but he would not let her. A son came along. Dreams got deferred.

Years later, she was approached by a woman while working at the makeup counter at Hudson’s in Northland Mall who asked if she sang. The question led to an audition and a part in a group called Heaven, with whom she toured. She sang and traveled with the group for about five years. Over time, she fell in love with the band’s drummer and then along came baby number two. Juggling kids and life on the road was not easy — someone had to be brought along to watch the baby during rehearsals and while she was on stage — but she was still doing what she longed to do.

“We had a wonderful time together as a band,” she said. “But I learned soon about the jealousies and the inconsistency and the madness [of the business].”

Eventually, Vonne’ returned to Detroit. She began dating women, and worked in sales for a while. But the music bug never went away. The only option, she felt, was to start her own band. She did, and soon had built up quite a reputation. She opened for legendary acts such as Phyllis Hyman and Chaka Khan. 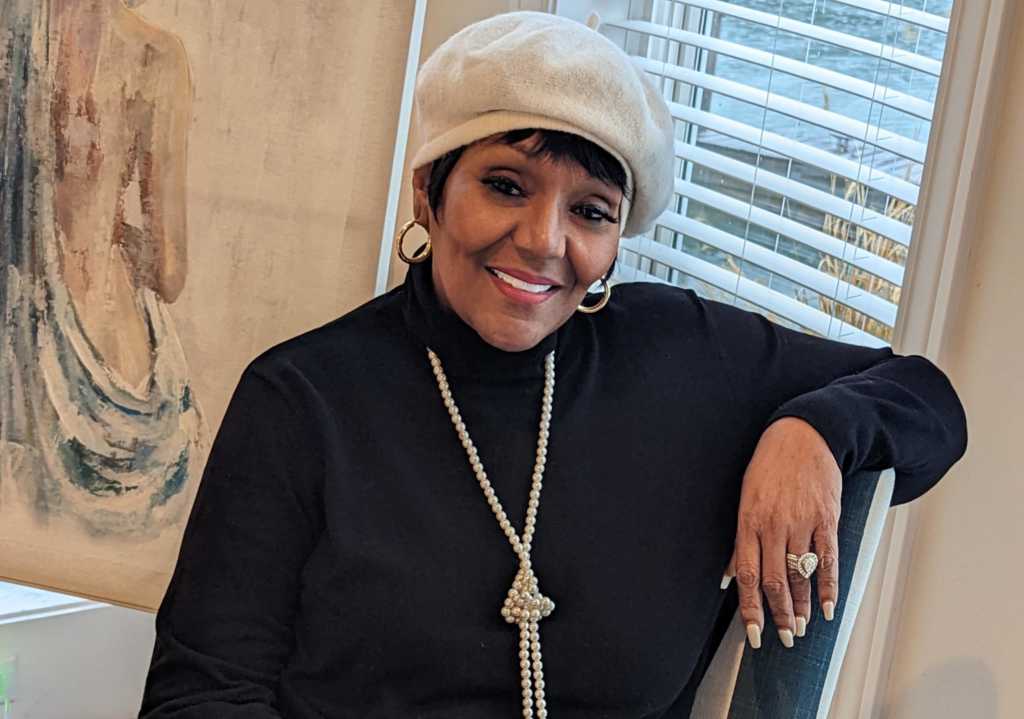 Lady Vonne’ at her home in Detroit. Photo: Jason A. Michael

All was going well. Until, that is, she was shopping in Monroe with her sister. Suddenly, her speech started to slur, and the store clerk knew something was wrong and called for an ambulance. Vonne’ was having a stroke. That was 2008, and she spent five weeks in the hospital.

She recovered, but just two years later she was diagnosed with breast cancer. Next up was chemo and radiation, then another long recovery. During this time, Vonne’ reconnected with an ex-partner. Successful entrepreneur Selma Massey had changed quite a bit since the two had first been a couple years before. She was now Rev. Dr. Selma Massey, pastor of a church called Whosoever Ministry in Detroit..

“She found the Lord, and she found Him immediately after the breakup,” Vonne’ explained. “She started diving into the word of God then and, believe it or not, it was a 15-year break for us. It still amazes me when I think about it, that we got back together and we’ve been together ever since.”

The two began rekindling their relationship when Massey made a special delivery to Vonne’ during her recovery.

“I was completely bald, and very, very weak,” Vonne’ recalled of the time. “My son, he couldn’t handle seeing me. So, I just wanted to go through this period alone.”

Vonne’ had lost her sense of taste due to the medication. But Massey made a home delivery and brought her bottled water as requested. “That was a warm connection right there,” she said. “Afterwards, it wasn’t long, and we started talking again.”

Where religion had once been an issue for the couple — Massey had been raised Christian Scientist — it was now a common denominator between them and actually brought them closer together. The two became a couple again in 2012. In 2018, they and their friends flew to Miami where they were married aboard the Celebrity cruise ship Millennium by the ship’s captain. A cruise to the South Caribbean followed. 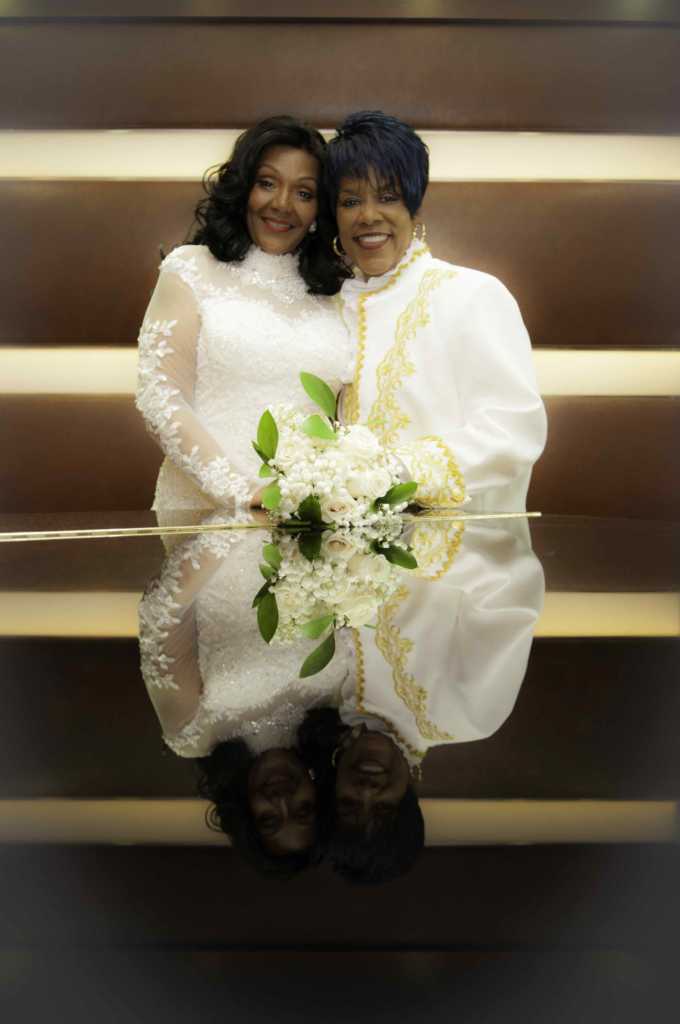 Now, Vonne’ is both first lady of the church and its minister of music, as well as an ordained evangelist.

“It’s very interesting because I’m learning things from behind the pulpit,” she said of assisting her wife and pastor, whose church is now located in Grosse Pointe Farms, just a short distance from their waterfront home. “The needs of the people, the time that pastor puts in is unbelievable. Vonne’ assists and supports as she can. “I know the pastor has to pour out and I can’t be spoiled. And that’s OK, because I love loving our people.”

Aside from her work with the church, Vonne’ is also returning to music. She is self-financing the production of an as-of-yet untitled album. Recently, she released a first single and video called “My Turn to Fly.” The song is a powerfully inspirational ballad she wrote herself. Her style reminiscent of Hyman and Anita Baker, her voice lush and full, Vonne’ said the rest of the album will encompass a combination of genres and tempos. But all will reflect the special place she finds herself in as she prepares to release it.

“Now is my turn to fly,” she said. “I want to get the song out there. It’s trending. What I have to do now is to find distribution.”

Massey, for her part, could not be more proud.

“Vonne’ kept believing what God had in store for her,” Massey said. “She knew that He would keep his promise and give her this dream come true.”

“Without her there would be no Whosoever Ministry,” Massey continued. “I saw her model her faith and I wanted to do what she was doing.”

Today, Vonne’ is open to all possibilities. She recently starred in Loren Harper’s The Legendary Soul of R&B production and would like to do more acting. She’s just waiting for God to move and lead her to her next opportunity.