Ahead of WGVU airing, 'Becoming Johanna' creator and subject talk making the film and its impact

Back in the 1970s, as a gender-fluid kid who painted his toenails and played with dolls, Jonathan Skurnik was bullied in school. Still, Skurnik’s parents never discouraged his behavior, and he didn’t grow up gay or transgender. Instead, this “cisgender, heterosexual white dude” grew up to create films about such gender-expansive youth in the hopes of making the world a safer place for them by educating the public.

“I got called ‘sissy’ and ‘faggot,’” recalled filmmaker and educator Skurnik. “And it was too much. And I did what a lot of people do in a toxic masculine environment, and I put that stuff away, and I toed the line.”

Skurnik began with one award-winning film, “I’m Just Anneke,” and then decided more were needed. He went on to found the Youth and Gender Media Project, which is focused on producing short films and curricula that capture the diversity and complexity of young people questioning the binary concept of gender.

Skurnik first met Johanna while volunteering with the transgender youth unit at Children’s Hospital of Los Angeles. He asked one of the program leaders which teen would be the most compelling subject of his next project; Johanna Clearwater was the immediate answer.

They forged ahead together with what became the short documentary film “Becoming Johanna” (2016, 27 min.), which chronicles Clearwater’s journey from age 16 to 21. It opens on the narrative of Clearwater’s rejection by her mother and her school and, happily, the ultimate acceptance by a foster family and mentors who allow her to grow and thrive. 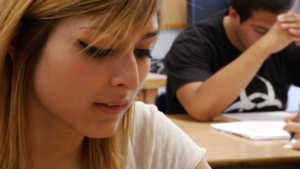 The film airs Monday, June 28 at 11:30 p.m. on WGVU in Grand Rapids. This is the first time it will be broadcast outside of Los Angeles County, though Skurnik is aware of Michigan PFLAG groups that have shown the film for educational purposes.

Completing the film was not always a sure thing. We asked Skurnik whether he doubted at any point that he would finish the film or that it would end on a positive note.

“I didn’t need the film to have a positive ending,” Skurnik said. “I was happy to have the film be what it was, to have her story.” Still, Skurnik said he was concerned about whether he would be able to make the film because Clearwater was so unstable during the filming.

“There were times when she didn’t have cell phone service, and she was sofa surfing with friends for like a year and a half, and I couldn’t find her,” he explained. “I doubted that I was gonna be able to make the film for reasons that had to do with logistics.”

Ultimately, Skurnik completed the film, and it soon appeared in numerous film festivals, including the Louisville LGBT Film Festival, where it won the 2016 Audience Award. Aired in schools across the country, all four films in the Gender and Media Project have companion educational materials aimed at helping shift school culture.

The initiative’s impact has reached beyond U.S. borders into Canada, as well as Australia. What’s more, Clearwater honed her public speaking skills as a result of being a featured speaker on numerous occasions when the film was shown. Skurnik made clear Clearwater is compensated for her appearances.

Skurnik describes himself as a “social change filmmaker.” He said it’s an industry term that means the theme that runs through his films is the fight for people to make change in the world.

“Basically, my entire life’s work has been doing that,” Skurnik said. “And then the films have been used in communities to shift attitudes and policies and behaviors and culture. So I’m making films that are not only about social change but that are used for social change.”

Johanna Clearwater said she had no idea what to expect when Skurnik suggested filming her story.

“I didn’t know what it would actually mean to have essentially a time capsule of my life,” Clearwater said. “I know when I was approached by Jonathan, I didn’t realize what level of impact it was gonna have on my life but also potentially others’ lives.”

Like Skurnik, Clearwater said she could not have predicted how the film would end.

“Growing up around that time, I remember not really having that many expectations for myself as far as, like, what my future would hold,” Clearwater said. “I wasn’t necessarily concerned or worried about the outcome because all I really wanted was to find myself. That was my number one concern.” 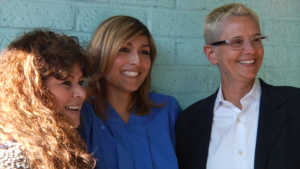 As previously described, Clearwater has spoken about her experience in educational settings. She commented on the effect public speaking has had on her.

“In the grand scheme of things, it really did help me grow as a person,” Clearwater said. “I wasn’t expecting it. [I] didn’t really realize what it…would mean to go up in front of an audience and talk about my experience and the level of power that I would feel in doing so.”

These days, five years after filming, Clearwater’s — and others’— careers are recovering in a post-pandemic world. Before COVID, she worked both in the nonprofit sector and did what she called “the L.A. thing”: that is, modeling, acting and working in the entertainment industry. She said she’s also available for trainings and public speaking. She is increasingly interested in dance. 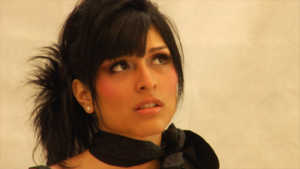 To families having a difficult time accepting their trans kids as they are, Clearwater issued a directive.

“At the end of the day, they are your kids,” Clearwater said. “The best thing you can do as a parent is support them and help them navigate what it would mean to be who they are, living in this world. Unconditional love should have been something instilled in [them] when they are born, in my opinion. If not…then it’s something I would ask in self-reflection: what was your reason in having a kid, then?”

Clearwater had a message for trans youth, too, specifically those lacking an affirming family.

“As much as you would love your parents to be there for you and hope for that, everyone is on their own journey, and sometimes it takes a while for people to…embrace you as a whole person,” Clearwater said. “And that can be a really, really hard thing. You’re gonna ultimately find your own family. Some of us are blessed with having connections with our blood families, and some are not.

Visit the Youth and Gender Media Project website for more information and to purchase any of the four films.