The new Benedict Cumberbatch film is no 'Brokeback Mountain' repeat

Growing acceptance has created a new suite of possibilities for queer storytelling in mainstream films. The sly, charged and freely oppositional work of the New Queer Cinema that dominated Hollywood in the late ’80s and early ’90s (itself influenced by gay creators like the multi-disciplinary David Wojnarowicz and Bavarian auteur Rainer Werner Fassbender) can often feel distant today.

Reflecting a conservative shift in Hollywood, works about queer people — and particularly cisgender gay males — have trended lately towards uplift. There’s a desire, even a longing, for the gauzy, romantic, and most positive forms of depiction, and it’s not so hard to imagine why. These versions of queer life were long thought unimaginable. But that doesn’t make them particularly real, either.

Forget queer identity posing any enduring problems or even concerns for movies’ characters; regardless, often, of questions of genre, period or milieu, such matters have become politically and socially incidental. Whether through the long summer vacation in “Call Me By Your Name,” ferris wheel kisses in “Love, Simon,” or the picket-fenced form of gay family life presented in “Eternals,” these stories serve as a for-some-welcome escape hatch from everyday life. Portraying queer folk as role models (or literal superheroes) by celebrating monogamous, nurturing relationships with appeal across a range of audiences and tastes, these works suggest that actualizing acceptance should be easy — and why not? The queer people in them are so like everyone else that they might as well be straight.

But what about when everyone else isn’t happy, and the world isn’t so kind? This true-to-life, less utopic version of existence should sound more familiar. In writer-director Jane Campion’s new adaptation of Thomas Savage’s 1967 novel “The Power of the Dog,” fantasy becomes reality for no one and honeymoons exist as brief stops at scenic overlooks, or within the space of idling memories and daydreams. 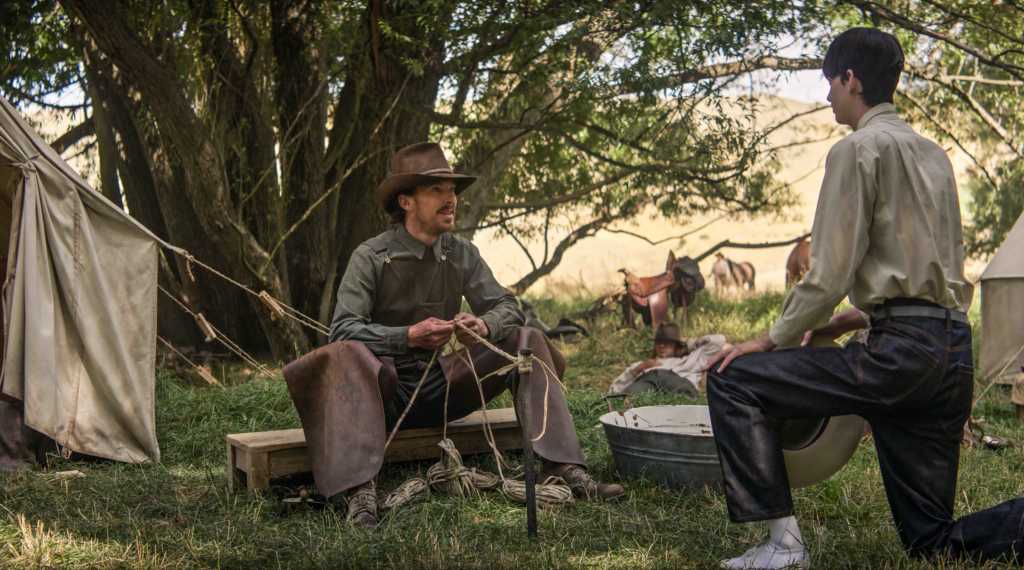 Benedict Cumberbatch as Phil and Kodi Smit-McPhee as Peter in “The Power of the Dog.” Photo: Netflix

The film follows a whole cast of characters, headlined by two unlike brothers, the Montana ranchers Phil and George Burbank (played by Benedict Cumberbatch and Jesse Plemons, respectively) who are unable to live in a state of ease. After George, the gentler of them, quietly marries Rose, a local innkeeper (sweetly played by Plemons’ real-life wife Kirsten Dunst), he tries to integrate her with her gangly, effete and quite enigmatic son Peter (Kodi Smit-McPhee) into their shared home. After marrying into the family, Rose — and later Peter, who’s off to study medicine for much of the year — move out to the Burbanks’ ranch, where they attempt to make a life together along with Phil and George.

Cumberbatch’s Phil isn’t the one married to Rose, but the two make a bitter match. Spitting vitriol at her and Peter, who he teases over his delicate craft projects, he labors to project a macho demeanor at every moment he can. Wearing spurs indoors, spurning baths and torching stacks of perfectly usable — and salable — cowhides, Phil’s a man whose every breath taken in must be followed by an exhalation of spite.

But as the 1925-set film makes quite plain, there’s an urgency — arguably a necessity — to at least a portion of Phil’s viciously gendered performance. When Peter, as much a driving mystery as a viewer surrogate in the movie, finds some clues to Phil’s secret queer identity, the pair form an improbable bond.

But “Brokeback Mountain” this is not. More a frontier psychodrama than an action-driven western with the kinds of shootouts or even fisticuffs one might expect, “Power of the Dog” makes its rugged environs an extension of the domestic, rendering it a story less about people adventuring out than working to live with themselves and each other at home. This struggle’s not exclusive to its queer characters — everyone in it is connected by interlinked burdens. Refusing a fantasy space or the kind of martyr-victim roles that might prove gratifying — and familiar — to viewers from works like “Brokeback,” Campion’s visions of conflict here don’t require or even allow for the sanctification of anyone. 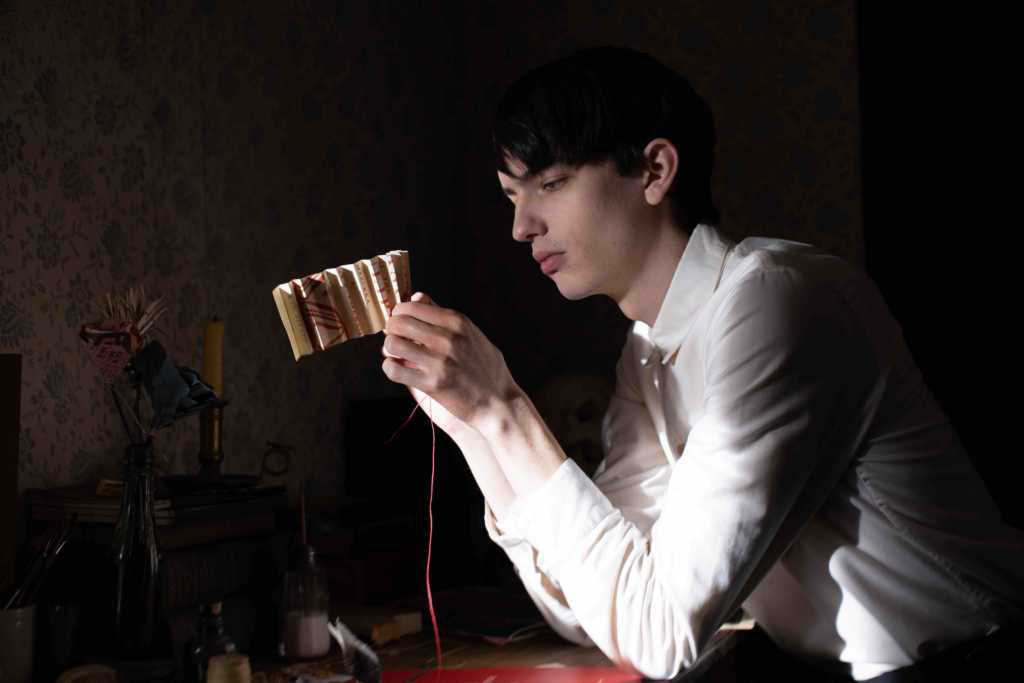 At the same time, “Power” treats queer identity and desire as an identity and set of impulses that are irrepressible, offering a vision and sense of self that doesn’t always sit easily with one’s immediate company or society at large. While “Brokeback Mountain” treated queer life as a kind of personal and social problem for those who lived it in its particular time and place, it also used “cowboy” as an identitarian counterweight, a way of assuring viewers that its men were “still men,” presenting them as traditionally masculine so as to dramatize the absurdity of the world around them refusing to accept them.

Campion calls this sort of bluff, however; no matter what way Phil performs or strives, he’s still caught in some way at the margins — if not by others than by a deep knowledge he holds about himself. Campion’s idea of existential discomfort — or simply knowledge — of who you are isn’t something to just honeymoon or fishing-trip away from (even when it could be attempted as in “Brokeback”), but it’s not some cross born nobly either. Phil and Peter occupy the vast Burbank estate and could go off to anywhere on the Burbank tract, but what would it really matter? Culture and its scripts are things we carry with us.

Campion’s dramatization of culture, identity and desire proves complicated. In “Power,” as in life, queer personhood, like gendered roles and performance, are wrapped up in complex matrices of denial, egotism and self-mythologizing. Separation from the mainstream isn’t easy or clean here, nor is tidy assimilation possible in any honest sense. What Campion’s made here is a deeply critical work that, by disallowing saints and martyrs, manages to treat these conflicts — and identities — as messy in the ways they still so often are.

“The Power of the Dog” is in select theaters now, including the Michigan Theater in Ann Arbor, and is available to stream Dec. 1 on Netflix.

About the Author: George Elkind

George Elkind is a writer and media critic based in Metro Detroit.