In the weeks since Russia invaded Ukraine in an unprovoked attack, much of the country’s architecture sits in smoldering ruins and thousands of citizens and soldiers have died. To date, more than three million people have fled the country, leading to a global humanitarian crisis as countries like Poland and Romania burst at the seams with refugees.

Americans watch and read daily about the latest developments in the country that continues to so desperately cry out for military support. But if there’s one thing you take away from the conflict, Maria Petrenko hopes it will be this: “This is not a war of the Russian people,” she said. “This is the war of a dictator and regime who has been brainwashing and repeating propaganda for the last 20 years, since Putin came into power. … The overwhelming majority of Russian citizens do not support this war, and they can’t wait for this nightmare to be over.”

Petrenko is a Russian-American who immigrated to the U.S. 26 years ago. She is now a United States citizen, as is her partner, Moscow native Jenny Feterovich, in a unique new venture aimed at aiding Ukrainians. Not that it matters in war, but for the record, Petrenko is straight and Feterovich is a lesbian. 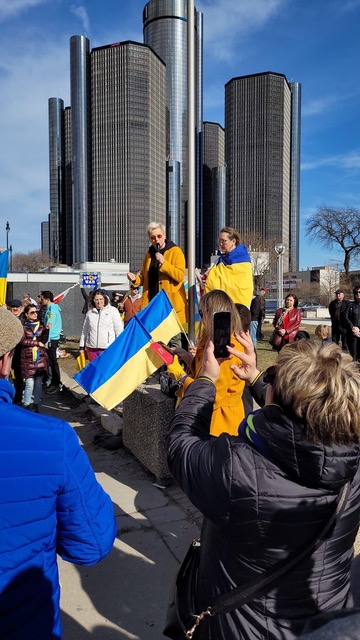 Together they are behind Real Help for Ukraine (RHFU). A special project of parent group Luv Without Borders, RHFU allows people to send financial support directly to efforts in and around Ukraine that can have immediate impact. Luv Without Borders was created to bypass the bureaucracy of nonprofits, which is exceptionally onerous when it comes to international distribution.

“If you were to donate to a cause somewhere, between 15 and 30 cents of every dollar you give would make it to the person who actually needs it,” said Petrenko. “This war is different and people need help now. So, Jenny gave birth to this idea of having real projects for real people to expedite the process of getting people help.”

On RHFU’s website, you can support real projects ranging from helping to provide urgent medical supplies, support shelter efforts in Poland, provide food and bread to those left in Ukraine, build orphanages and educational opportunities for refugee children, and there’s also the LGBTQ Community Help Project.

The Ukrainian crisis threatens the LGBTQ+ community, already an oppressed minority in the region. With homophobia ingrained in Russian society, Ukrainians living under Russian occupation are doubly at risk. This project helps find and protect those who need protection from both bombs and the culture at large.

LGBTQ+ rights have slowly developed in Ukraine since the country declared its freedom from Russian when the USSR fell in 1991. Feterovich said she recently spoke to a representative from the group Ukraine Proud. Men over the age of 18 are not allowed to flee Ukraine and are required to stay and fight at this time. Many LGBTQ+ residents of Ukraine, including those with gender marker F, which makes them eligible to leave the country, are staying put and doing what they can to defend their country and their hard-won freedoms.

Lesbians are staying and fighting, too. “The majority of lesbians I’m seeing across the networks have certainly picked up the guns; it would play into some of the stereotypes here actually,” said Feterovich. 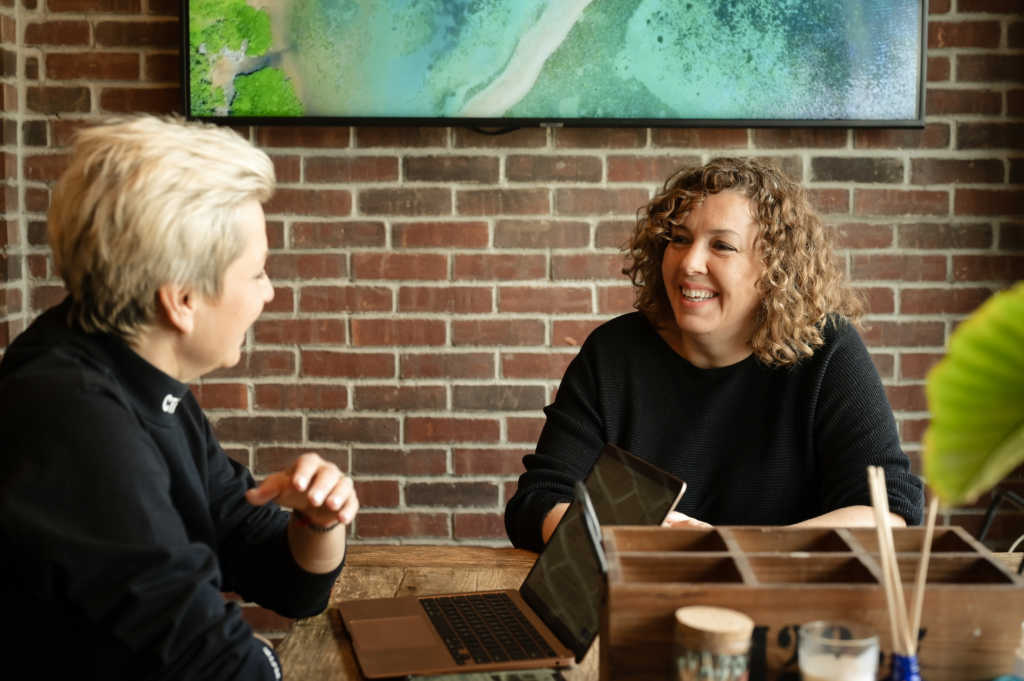 Feterovich’s wife is from Kyiv in Ukraine, a city and country she has come to embrace. Now she’s calling on the Biden administration to embrace Ukraine and do more, including opening the U.S. borders to Ukrainian refugees. Biden on Thursday announced that the U.S. would allow some 100,000 Ukrainian refugees to seek asylum here. That number is not large though, when you consider that a reported 3.7 million people have already fled the country, and are right now straining the resources of nearby countries such as Poland and Romania.

“We are a country that has resources,” said Feterovich, “and we’re the country that has a Statue of Liberty that says, ‘Give me your tired, your poor, your huddled masses yearning to breathe free.’ Are we welcoming them as a country right now? We certainly are not.”

The situation continues to escalate and grow more chaotic by the day, as Russian forces continue their attack on Ukraine. Feterovich said it’s the kind of thing most Americans can’t imagine. “They’ve never really experienced war, they’ve never experienced going into a store and there’s nothing there. So it’s hard for a lot of people to even grasp the reality of this.” The important thing, said Feterovich, is to not get what she calls “frozen” but rather to do something — anything — to help.

“If you want to give money, give money,” she said. “If not, advocate for refugees to come to this country. Do something. Do not just sit there and do nothing.”

Petrenko agreed. As far as what Americans can do to aid Ukrainians, Petrenko said it’s OK to “half-ass” it. Give a little. Volunteer a little. But do something. “You don’t need to sell your house, buy a pair of Birkenstocks and move to Poland to help refugees,” she said. “Literally, take $10 out of your monthly budget and find a project you’re passionate about.”

The list of projects you can help fund via RHFU continues to grow.

“I think they’re all equally important,” said Feterovich. “We vetted a few projects because certainly people feel strongly about certain things. … If it’s a project that we feel fits and we’ve vetted the project, that’s going to go on our website.”

“Give that money or your time or effort to this,” Petrenko added. “It might take five minutes of your day, it might take half an hour. One thing you cannot do is ignore. I’ve lived here for 26 years. We’re so programmed as Americans to ignore other pain because we just don’t know how to deal with it.”