Aretha Franklin’s journey to self-discovery is seen through the lens of openly lesbian screenwriter Tracey Scott Wilson in “Respect,” the biopic starring Jennifer Hudson as Detroit’s own Queen of Soul. In director Liesl Tommy’s film, Wilson focuses on Franklin’s tumultuous path to the top, one that involved many years of fighting for personal and professional agency.

During her formative years, Aretha was bound to the controlling men in her life, namely her first husband, Ted White, and father, C.L. Franklin. That is, until she realized she didn’t have to be. The movie’s message — find your own voice — is one Wilson is very familiar with. After all, she’s lesbian. And, like Aretha, a preacher’s daughter.

From Brooklyn, the screenwriter spoke about how being part of the LGBTQ+ community influenced her script, why Aretha isn’t considered a gay icon, and how she wants the Queen’s song “Ain’t No Way” to be reclaimed as the gay anthem she says it is.

There are so many ways to tell Aretha’s story. How do you think your identity helped shape the narrative direction of the story as you chose to tell it?

That’s such a great question and something that no one has ever asked me. I didn’t know that Carolyn [Aretha’s younger sister] was a lesbian and so, when I found that out, that was just huge. I was like, “Wow. I wonder what would’ve happened had I known that when I was a kid.”

So, reading about Aretha’s family and the uniqueness of circumstances. And, also, my father was a minister. Obviously not as big as C.L., but I was very sort of tuned into the preacher’s kid part of me because, whenever you’re a preacher’s kid, you have to find your own identity outside of your parents. It can be so overwhelming. So I was just thinking about Carolyn and being a preacher’s kid, with a world-famous father at that. And then also, as a gay person, to decide you’re going to live your truth is just remarkable. Aretha, you know, never questioned (it). They completely accepted that. 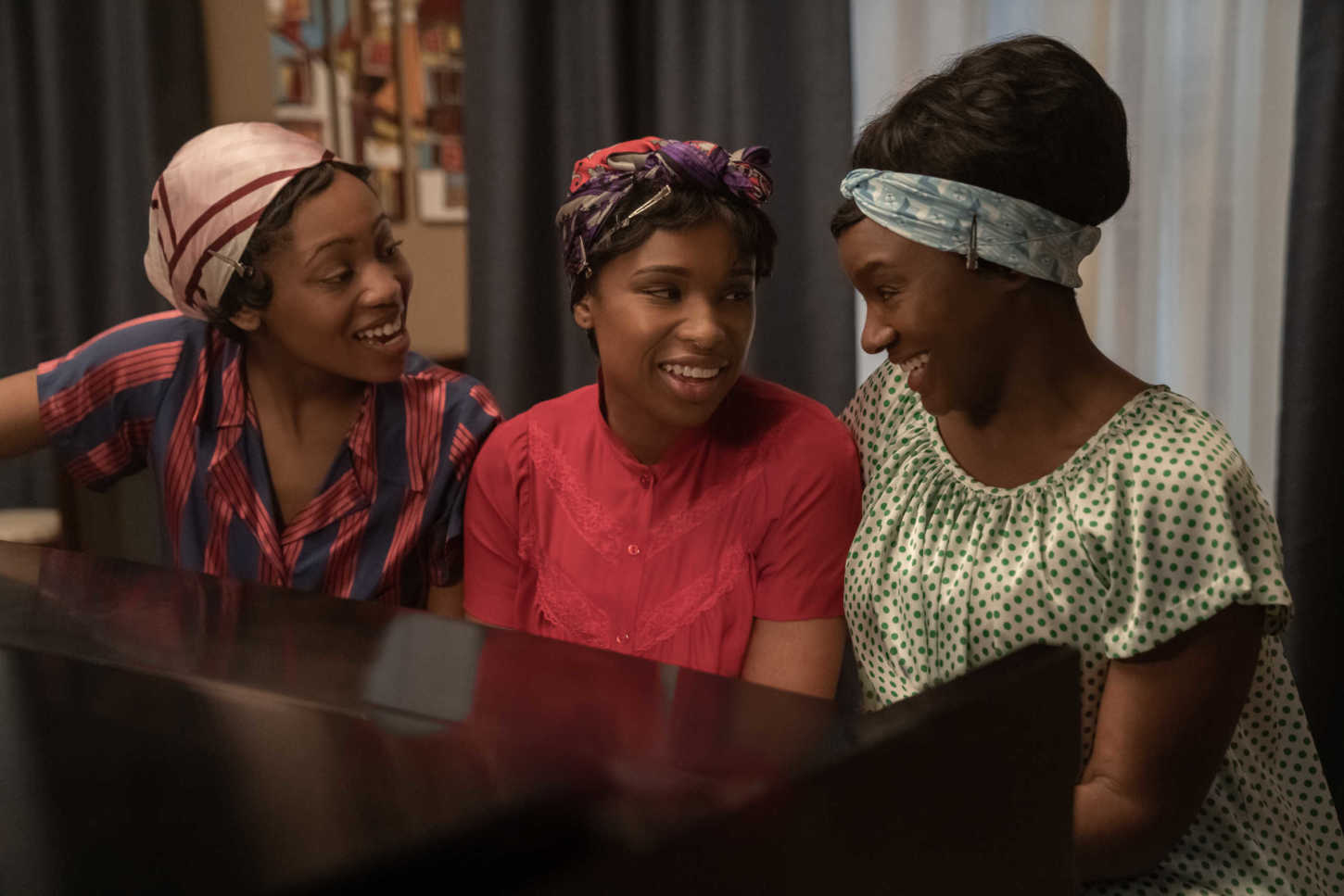 So was Carolyn your inroad to this story?

I think that Aretha was still the inroad, but because of her and Erma [Aretha’s elder sister], they were really important because I realized how much they influenced her, and vice versa. Their relationship was very formative to her. And whenever I was thinking about Aretha, I was thinking about where her sisters were at that moment.

Of course there’s gay gospel musician and Aretha collaborator James Cleveland, played by Tituss Burgess in the movie. Do you think Aretha coming out of her shell and harnessing her inner power had anything to do with the LGBTQ+ people around her like Carolyn and James?

I actually do believe that. James Cleveland would have these parties and there were just gay people there, where it was sort of unspoken. Singers in the Black churches, ministers of music…

I think that her father, from all of my research, was just never sort of judgmental about that. I mean, I think it was different when it came to his own daughter. But I do think that seeing so many people — women, gay men — just live their truest under her father’s roof really did help her later on, in terms of just declaring her own identity.

Why do you think Aretha’s contemporaries, like Diana Ross and Patti LaBelle, are considered gay icons but Aretha is rarely referred to as one?

I think that the reason she hasn’t traditionally fallen into that category is because of her relationship with the church. For so many gay people, the church has been a source of pain. And for Aretha, it was a source of pain, but also her greatest source of inspiration. I think that’s why she wasn’t a gay icon. You know, “Amazing Grace” is her best-selling album [Note: It’s also the best selling gospel album of all time, period]. Whereas Patti LaBelle grew up in the church as well, but musically she wasn’t as connected to it. Same thing as Diana Ross. Diana Ross, growing up in the Motown scene, she didn’t have anything to do with that. So, I think that’s the unintended barrier, because she definitely had all of the other qualities these women had. The larger-than-life persona, the feminism…

And the shade. The shade was just so good.

The shade. Oh my god.

To me, a lot of things that Aretha had done in her career fall into the gay icon category: the over-the-top exuberance, the voice, the sass, the shade.

Carolyn, she wrote “Ain’t No Way” to be… it’s a gay anthem. When you look at those lyrics, it was so clear. You know what she’s talking about.

Do you think Aretha knew?

Oh, absolutely. I think the lyrics spoke to her as well, but her singing there was also an acknowledgement of her sister. (Aretha) was very private, so she didn’t talk about her life and she certainly wasn’t going to talk about her sister’s private life. I think if it would have been known, she would’ve been right up there with Cher. 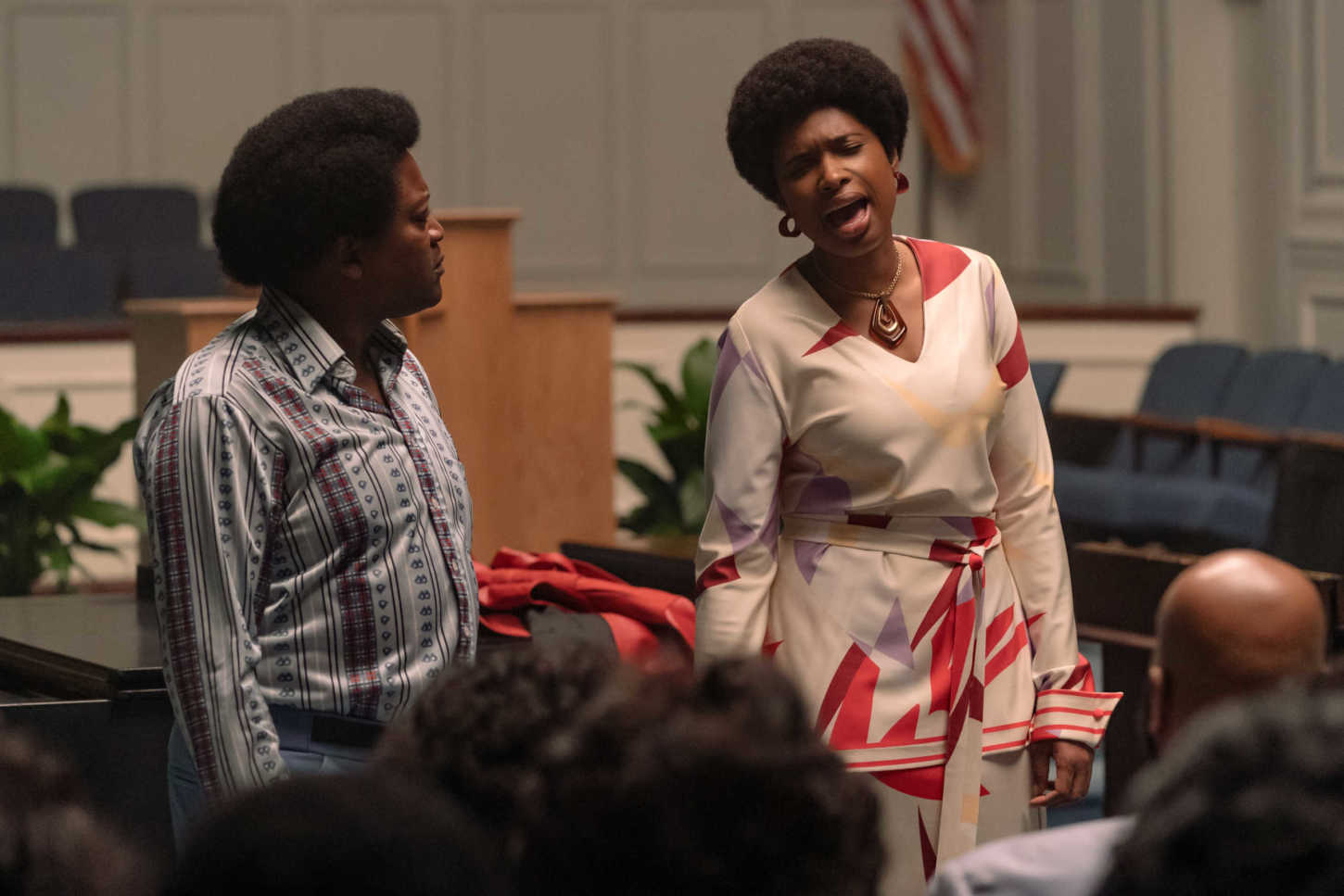 I can’t find a lot of examples of Aretha actually openly talking about her LGBTQ+ fanbase.

It sounds like Aretha’s relationship with Carolyn gave you some insight into how Aretha felt about the community.

James Cleveland as well. You can see from “Amazing Grace” how close they were, growing up at the house with him. He was obviously very open about it.

Because of the movie, now I hear “Ain’t No Way” in a brand new queer light. It really does sound like a gay anthem.

Yeah, it really is. I hope it gets reclaimed. Because of just time, I wasn’t able to talk about Carolyn being a lesbian in the movie. There were a couple of scenes where I sort of laid it out. They had conversations, but it had to be cut. But I just hope it gets reclaimed for the anthem that it is.

Can you talk about the scenes that didn’t make the cut?

There’s a scene where Erma and Aretha were talking with Carolyn, and Carolyn is feeling sorry about somebody she dated that was crazy (laughs). It was a scene where Aretha and Erma were talking to Carolyn, and they were asking her about someone she had previously dated and Carolyn was basically saying, “Don’t. Please. Don’t ever mention that girl’s name again.” And there was another scene where she started wrestling with who she was interested in.

Maybe the follow-up you write is Carolyn’s story.

Wouldn’t that be something? Wouldn’t it? Carolyn and James’s story.