Visit These 8 Lesser-Known Places Where LGBTQ+ History Was Made

Small acts of resistance and community building are what have made LGBTQ+ history, and while that history may not be as well documented as we would like, you can still get out your map and start exploring. If you’ve already covered Stonewall Inn and the Pulse memorial, and are looking to uncover more LGBTQ+ history, we have just the list for you:

Located in Chicago’s Old Town neighborhood, the Henry Gerber House was the home to not only Gerber, a prominent gay rights activist and army veteran, but also to the Society for Human Rights, the nation’s first gay civil rights organization, from 1924-25. The house is one of the oldest landmarks associated with the gay and lesbian civil rights movement and was the place where Gerber started writing “Friendship and Freedom,” the first documented gay periodical published in the U.S.

After raids were conducted on his and other society members’ houses, Gerber was arrested on charges of obscenity, and the Society was disbanded. In 2015, Henry Gerber House was designated a National Historic Landmark for its importance in LGBTQ+ history. 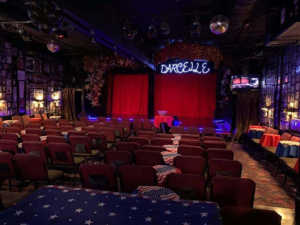 Walter Cole opened the Old Town Portland Club, which is today called Darcelle XV, in 1967, making it one of the oldest drag clubs in the world. Cole, who takes the stage as Darcelle, still performs at the club and might be the oldest still-performing drag queen in the world at 91.

In 2020, Darcelle XV joined the National Register of Historic Places, making it the first Oregon business to be designated a national historic site for its place in LGBTQ+ history. After a brief hiatus due to the pandemic, the club is back in action. Be sure to check the venue’s event calendar. 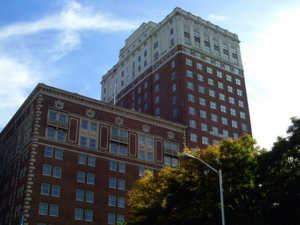 Fort Shelby Hotel in Detroit was home to the first-ever meeting of Michigan’s first-ever organization for LGBTQ+ people, the Detroit chapter of the Mattachine Society. The meeting was held on August 26, 1958, eight years after the Mattachine Society was founded in 1950. It was one of the first national gay rights organizations, second only to Gerber’s Society for Human Rights.

Today, you can book a room at the hotel and enjoy the feeling of having stayed at a place where history was made.

A lesbian commune housing 12 women between the ages of 18 and 28, the Furies Collective was located at 219 11th St SE in Washington, D.C. These European-American feminists divided household labor, clothes and, in some cases, money while sleeping on mattresses in a communal room. Their group’s aim was to abolish patriarchy, white supremacy and imperialism. They wrote and explored feminist and queer theory and made it their mission to build lives independent of men. To this end, they taught other women how to do auto and home repair, tasks which were considered to be men’s work, and encouraged them to start their own communes.

Members of the collective wrote and published a newspaper titled “The Furies,” which was distributed nationally January 1972 until mid-1973. The group was also central to the publication of the lesbian/feminist issue of the Methodist youth magazine “Motive.” Both “Motive” and “The Furies” helped establish a lesbian community and created conversation about female identity and relationships and set the tone for feminist discourse for years to come. 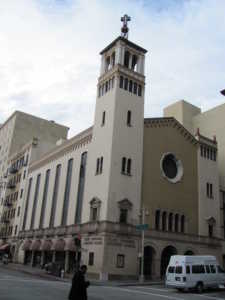 Glide Memorial Church, established in the 1960s, was deeply involved in grassroots community outreach and activism on issues including women’s rights, LGBTQ+ rights, addiction, homelessness and racial equality. The Council on Religion and the Homosexual, and Vanguard, the first LGBTQ+ youth organization, were founded here in 1964 and 1965, respectively.

Most recently, in 2022, the church building was listed on the National Register of Historic Places. 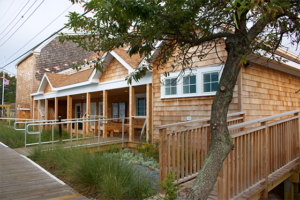 The Cherry Grove Community House and Theater played a key role in making Cherry Grove on New York’s Fire Island America’s First Gay and Lesbian Town, known to be a safe haven for all, since the 1940s. The Arts Project of Cherry Grove was central to the community’s development and integration of gay and lesbian residents there. The integration of LGBTQ+ residents into daily life and events through the community house, back when queer people were openly discriminated against and ostracized, made Cherry Grove the only “gay and lesbian influenced geography” in the United States.

Today, Cherry Grove is home to the world’s longest running LGBTQ+ theater, where drag is considered a hallmark of their performances, and the still-active Arts Project, which started in 1948. Buy tickets on their website to attend their upcoming shows. 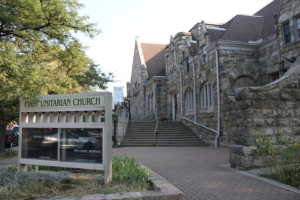 The First Unitarian Society of Denver (FUSD), a welcoming congregation, was the location of Colorado’s first religious ceremony for a same-sex wedding, held in 1975.  The wedding between Richard Adams and Tony Sullivan was made official through a marriage license issued in Boulder county, by a clerk who said that there was nothing in the law that specifically make same-sex marriage illegal.

FUSD has also played a crucial role in many civil rights issues including causes pertaining to race, immigration and more. During the 1960s, the FUSD church became home to the civil rights organization, Congress of Racial Equality (CORE), showing its active interest in issues of social justice. The Society is open to people visiting and welcomes new members. 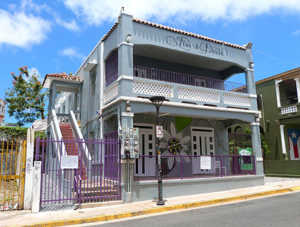 Also known as Casa Orgullo, this place was home to the first gay and lesbian rights organization established in Puerto Rico. Founded in 1974, the organization, Comunidad de Orgullo Gay, spearheaded the Puerto Rican LGBTQ+ liberation movement. Inspired by the Stonewall Riots, the organization spoke up against discrimination through political action, conducted educational programs and garnered public support through its activities. The movement fell through in 1976, but Casa Orgullo remains an important part of queer history in Puerto Rico.