Warm Up With These LGBTQ+ Winter Reads By (Mostly) Michigan Authors

From crime thrillers to hilarious personal essays, there’s something here for every queer

Michigan gets a bad rap when it comes to winter weather. Yeah, you might lose a hubcap trying to maneuver around Volvo-sized potholes (and yeah, it’s going to be a while before you’re busting out the beach wear), but if we lived in a more temperate climate, could we excuse all the hibernation? Is there anything more Michigan than curling up with a good book in a warm room under a cozy blanket (and, perhaps, your great-grandfather’s prize-winning deer head)?

As it turns out, yes, we could and, yes, there is — if the book is written by a Michigan author. That’s why we’ve rounded up this list of new and upcoming books crafted by Michigan authors (who happen to represent the state’s thriving LGBTQ+ community). We care about the quality of your hibernation. So, whether you’re an ebook and handcrafted latte kind of reader or an old-school paperback and chipped mug full of Folgers reader (or somewhere in the middle), make your next cozy read a Michigan-crafted, queer delight.

Here are three terms you probably haven’t seen in this order, but may send you directly to the library or your favorite online bookseller: “LGBTQ+ crime thriller.” Yes, please. “Serial Showgirl” focuses on Charlie Moreno, a young drag queen whose best friend is raped and left for dead. Charlie winds up taking on the role of vigilante crime fighter while balancing life as a young gay man navigating a society rife with toxic masculinity and the sometimes disillusioning world of drag.

Author Monique Madison is a regular drag performer at Five15 in Royal Oak and heads the popular drag girl group The Kunty Kittens, which performs throughout the state. Monique is also a familiar face on the Pride circuit. Fellow author, Michigan screenwriter Melinda Bryce shares equally impressive Michigan bonafides, including her work on an upcoming 2023 movie, “A Holiday I Do,” an LGBTQ+ Christmas movie featuring Michigan actors (including Monique).

‘How to Be Born from Two Moms: A Practical Guide’ by Karen Mentone 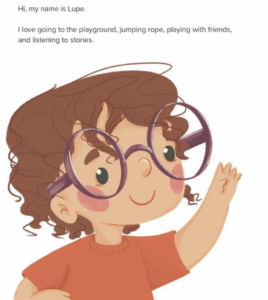 From “How to Be Born from Two Moms.” Courtesy photo

Don’t forget the young readers in your life, who need a little cozy book time as much as the rest of us. “How to Be Born from Two Moms: A Practical Guide” is a sweet, pragmatic read from Michigan author Karen Mentone and illustrator Gabriela Emmerich. The story focuses on Lupe, who shares the ins and outs of how two women can become parents. It really is a practical guide, as promised, with a childlike perspective that keeps the subject positive, straightforward and equally helpful for adults curious about the subject or who are about to embark on this journey. If you know a child or adult who truly wants to understand the medicine and science behind how some families are formed, this is an excellent pick (you’ll probably learn a thing or two along the way, too).

‘Life and Other Love Songs’ by Anissa Gray

When West Michigan native Anissa Gray isn’t working as a successful journalist for CNN Worldwide, where she serves as a senior editor, she’s penning gripping novels that explore big, juicy topics like race, class and generational history. “Life and Other Love Songs” digs into these topics from the perspective of a Black family in America through a gut-wrenching story that spans the Great Migration through the ’90s. At the heart of it all is a central question: What would happen to a family if the husband and father disappeared without a trace? 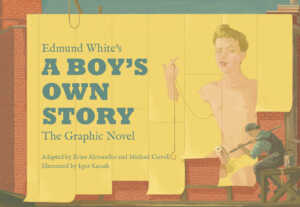 This reimagined graphic novel based on, you guessed it, Edmund White’s “A Boy’s Own Story” is a modern retelling of a book that gripped audiences when it debuted in the early ’80s. Set in the 1950s, the book focuses on a gay child growing up in a tumultuous period of American history while dealing with a challenging home life. Audiences connected with the powerful narrative in the near post-Stonewall era, when norms within and outside the queer rights movement were being examined and, in many cases, shattered. White’s writing was disarming, healing, and undeniably funny at times — an ideal combination for translation into a graphic novel format.

Writers Alessandro and Carroll and illustrator Karash collaborated on the book, which features dreamy painted panels that incorporate White’s original story with personal details from their lives. While the creators don’t hail from Michigan, the story takes place in a Midwestern setting that Michiganders are sure to recognize and relate to.

‘A Secret I Can’t Tell’ by Joe Gantz

Back in the late ’70s, Gantz witnessed the confounding, horrifying impact of Anita Bryant’s “Save Our Children” campaign, which carried with it the appalling slogan, “They don’t reproduce so they have to recruit.” The wildly successful campaign further threatened LGBTQ+ parents, many of whom had found themselves at risk of losing their jobs and custody of their children when California’s anti-LGBTQ+ Briggs Initiative took aim at gay and lesbian school teachers. Gantz took on a researcher role, embedding himself as a reporter with five families for a week and then following up regularly over the following four years.

In 2022, Gantz revisited some of the children, who are now adults in their 50s, and documented the project in a reprised edition of “A Secret I Can’t Tell,” first published in 1983. The author dives into what it meant to grow up with LGBTQ+ parents at a time when outing them could have had devastating consequences. While these families experienced family joy and love, the dark cloud hanging over them had a lasting impact.

Today, Gantz sees disturbing political and societal parallels to the “Save Our Children” era. In a news release, he notes that the anti-LGBTQ+ rhetoric and violence we’re witnessing now, which includes attacks like Club Q and ongoing damage from the “groomer” narrative, point to a climate ripe for a return to those days.