Catching Up with Nico Tortorella: How the Pandemic Had the ‘Younger’ Star Questioning Queer Identity

For six seasons, queer nonbinary actor, activist and author Nico Tortorella has starred as Josh, the delightfully brooding (straight) tattoo artist, on super-queer TV Land dramedy “Younger.” Created, executive produced and written by openly gay “Sex and the City” helmer Darren Star, the LGBTQ-inclusive series focuses on a single mom (Broadway’s Sutton Foster) who undergoes a makeover to appear, well, younger (much, much younger) in an effort to land a publishing job after her husband leaves her. Hillary Duff also stars, with Debi Mazar in, blessedly, a lesbian role. For its seventh and final season, the show moves from TV Land to ViacomCBS streamer Paramount+, premiering April 15 with the first four episodes.

On Zoom from their home in upstate New York, Tortorella imagined the possibilities for a pandemic-set season of the show (Josh would be doing … what?!), discussed the future of masculinity on TV in a post-Josh world, and geeked out about starring as gay zombie fighter Felix Carlucci in AMC’s “The Walking Dead: World Beyond.”

The pandemic doesn’t exist in the world of “Younger,” though the final season was shot during it. If the pandemic would have happened in the show, what would Josh be doing? How would he have handled this moment?

Well, tattooing would have been off the books, right? At least legally. I think he may have been tattooing himself? (Laughs.) And potentially Kelsey and Lauren, who, you know, would all be in Josh’s pod. I think Josh would be reading a lot. And, you know, Josh is a parrot. So him and Clare would probably potentially be living together with Gemma during the pandemic. Who knows? I mean, if there was a pandemic, do they get back together if they’re spending all that time (together)? Does it blow up? And does she move back to Ireland? Does Josh go back down to West Virginia to spend time with his family?

Basically, it would’ve been a completely different season. 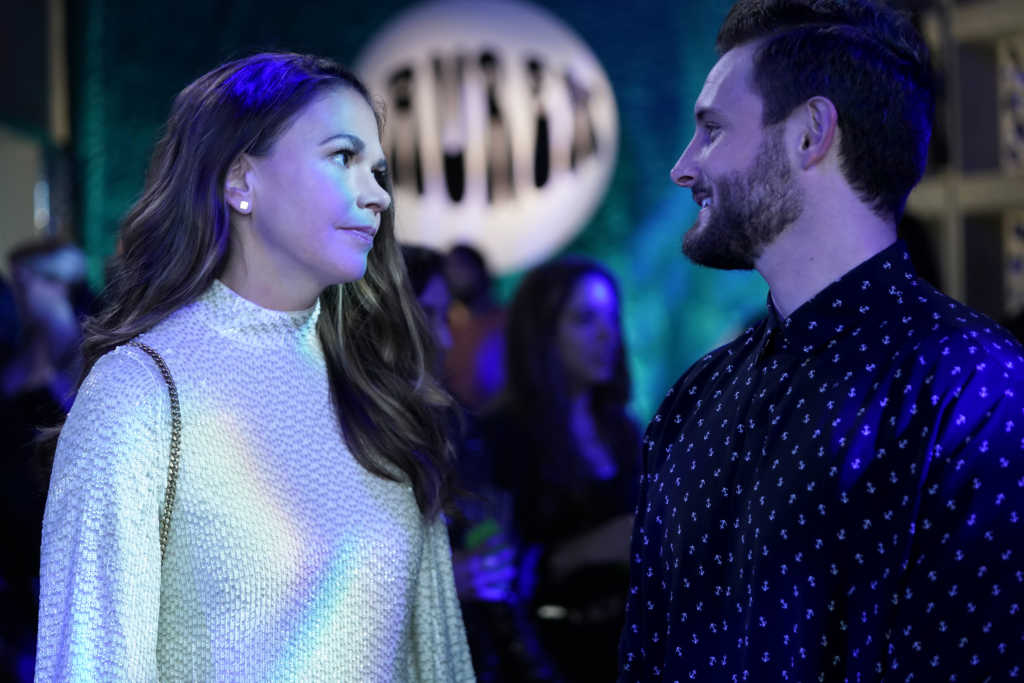 After playing Josh for seven seasons, do you have a different kind of interpretation, or appreciation, or perspective on straight bro culture and the guys who inhabit that space?

Great question. I think that in terms of the medium of filmmaking in general, there’s a responsibility to write characters that are more than the stereotype. And I think that Darren has always done a really good job of that. But I think the way Josh came to life on this show in terms of his emotionality and his heart and his openness — on paper, Josh is a straight bro, right? But he’s so much more than that. And it has been such an honor to bring that character to life. Just to see Josh cry. We need to see more men cry. We all do, right? I’m excited for the future of masculinity in general, the ways in which art can expand that notion and just the collapsing of binaries and divisions that exist in everything.

Do you have any real life examples of that and Josh’s influence on culture when it comes to breaking down these masculine norms?

I think that “the normal” fan of this show is a woman my age, right? Or a bit older. And I’ve had people come up to me, specifically men, who will say, “Ah, man, my girlfriend watched the show, and I started watching it because it was on…,” because they can’t admit that they started watching this show without them, right? But they found truth in this character and these storylines. And that’s just chipping away at the work that is being done and needs to be done.

So here we are seven years later. A lot of time has gone by. You’ve done a lot in between the beginning and end of “Younger.” How has the show changed your career?

Oh, man. It opened so many doors for me, both in the literal sense of my career and it allowed me to tap into other projects in film and television but also in publishing. I think I got a taste of the publishing world, and it was something that I had always imagined doing, but never really understood how to get there. And I got just a basic education of how the publishing world operates, and I was able to write a couple books, and I have a third one on the way.

At its core, “Younger” is optimistic, and these have been some trying years, you know? Think about everything that we’ve lived through politically and socially over the last seven years, and how much the world has changed. And having this foundation of “Younger,” this summer camp that I got to go to every year, pretty much on the dot for three, four months, there was just this reminder of hope that was instilled because of this show. I think it’s so important that we have those outlets. Whether or not you work in the industry, you can turn your television on and find something that brings you (happiness). It’s not even just television, but how important it is to seek joy. “Younger” really brought that to life for me.

Now that “Younger” has wrapped and I’m guessing you have some extra time, what does that mean for the future of your career?

I’m on the “Walking Dead.” We’ll see what happens in that universe. But I am really excited about this next phase of my career. It’s interesting going from half-hour comedy to hour-long action-based drama. That transition was and has been intense both times. But I don’t know exactly what I wanna do next. I think I’m luckily in this position where I get to make that decision instead of having that decision made for me. And I know for sure I want to be more involved creatively, from a production standpoint. I wanna be in a writer’s room. I wanna direct. I am in love with this medium of art, and I wanna give myself more to it on a show or film — probably a show, because everyone’s making television now — that is driving the message that I carry with me everywhere in my life, you know?

What’s been the most gratifying part of bringing a queer superhero to life on “Walking Dead”?

We need more queer superheroes! This is just the tip of the iceberg. And I think it kind of goes back to what we were talking about earlier: flipping these stereotypes on their heads. There are so many ways in which Felix could have been written or could have been played. And there is a brute masculine force to Felix that is opposite, potentially, of what we would come to expect from a queer superhero. Then underneath that is this just fuckin’ raw emotionality and heart.

Moving forward for superheroes, or really just any queer character on television or in film, I’m excited for a future where we don’t rely on the violence that queer people experience in order to tell their stories. I wanna just see queer people go to the grocery store. I just want to see them live their lives in ways that other characters have been written, you know? And that goes beyond queer characters. Everyone deserves that space. You know, I watched “Ramy,” and that’s the first time we’ve seen a Muslim character really come to life in television, or a (Muslim) family, for that matter. Think about everyone else in every other story that’s worthy of voice and time. There’s so much more that we can be doing. We’re getting there, but we still have a lot of work to do.

As Pride season approaches, I want to take a moment to reflect on this odyssey you’ve been on in regards to your sexuality since we spoke in 2017. How do you feel in your skin now versus when you first came out five years ago, in 2016?

I feel quite settled in my skin in a way that doesn’t feel tired. The word “settled” kind of has a weight to it. I’m complicit in it, but I feel really comfortable with the person that I am. Even just being off social media for the last few months, there is … I’m currently living through this ego death of sorts and so much of my public persona and character in the last few years have been driven by this voice and this message. To let that go in a public space has been really interesting.

Not that I have let it go forever, but even just in the last few months I have focused on myself and what it means to me, rather than the access to other people. This year has been really difficult and introspective, just in terms of queer identity in general. Like, how much of our queer identities are actually tied to the relationships that we have or don’t have with other people? I have been living in a house with my partner (fitness and health expert Bethany Meyers) for the last year-plus, and there have been no external relationships. No secondary partners. No tertiary partners. Nothing. I mean, I’m kind of always living in this queer spiral, but how does the definition of queer change when we don’t have access to “other”?

What this year really has done for me, and this is just an extension of this queer spiral that I have constantly been living in, but: (What) is our ability to see queerness in everything that exists, rather than just our gender or sexuality? (Laughs.) I mean, going back to going to the grocery store: What is queer about going to the grocery store, you know? Like, specifically, in a conservative neighborhood that I live in, in upstate New York: How can I bring that with me? And what does that mean in the larger environment that I live in? It’s been beautiful, honestly, but, you know, difficult at times.

I’ve always appreciated that you have been frank about your sexuality and open in all regards. And when it comes to being a queer person inside of a grocery store, it’s like, queerness can just be an extension of who you are sometimes. That can be the statement.

Even just having queer conversation over this last year has been limited, and it’s refreshing to get on a call with someone who gets it. So, thank you.

This interview has been lightly edited and condensed for clarity.