Where Cannabis and Community Meet: This Lesbian-Owned Detroit Home Is Also a Bud-and-Breakfast for Femmes and Friends

Copper House is, holistically speaking, an oasis in the middle of northwest Detroit for the conscious cannabis consumer. And if you need a translation, try this: It’s a bed-and-breakfast and emerging event space where you can get blitzed. 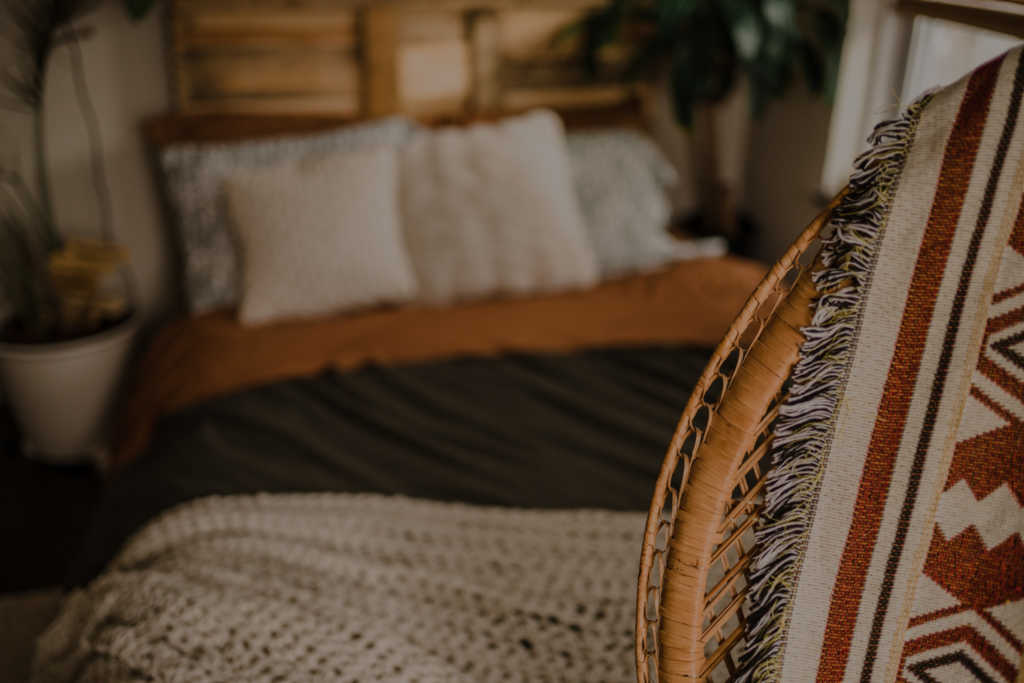 Jess and Cara Jackson are the proprietors of Copper House. The house is actually their home. They opened it up to boarders for the first time when the Creating Change conference came to Detroit in 2019 and the call was put out for affordable housing for conference attendees.

The concept came to Jess years earlier, when she and Cara were in Paris, where the two got engaged. The couple stayed in an Airbnb while in France, as well as on a houseboat on the canal in Amsterdam and a hostel in London.

For a time, the Jacksons, both Michigan natives, moved to St. Louis and then to Delaware, where they were married in 2014. But something called them home to Detroit, and something also organically led them to the cannabis industry.

Jess, who studied sociology at the University of Michigan, first began looking into the cannabis industry while working in student affairs at the University of Delaware. She saw it as a way of building generational wealth so she pursued an MBA. While she was in her MBA program, Jess connected with a sorority sister who moved to California and opened a dispensary following college.

“It’s the first dispensary that is centered on Black women,” said Jess. “She uses cannabis to treat anxiety. I smoke cannabis for similar reasons. I started to unlearn the stigmas I had learned about weed through her.” 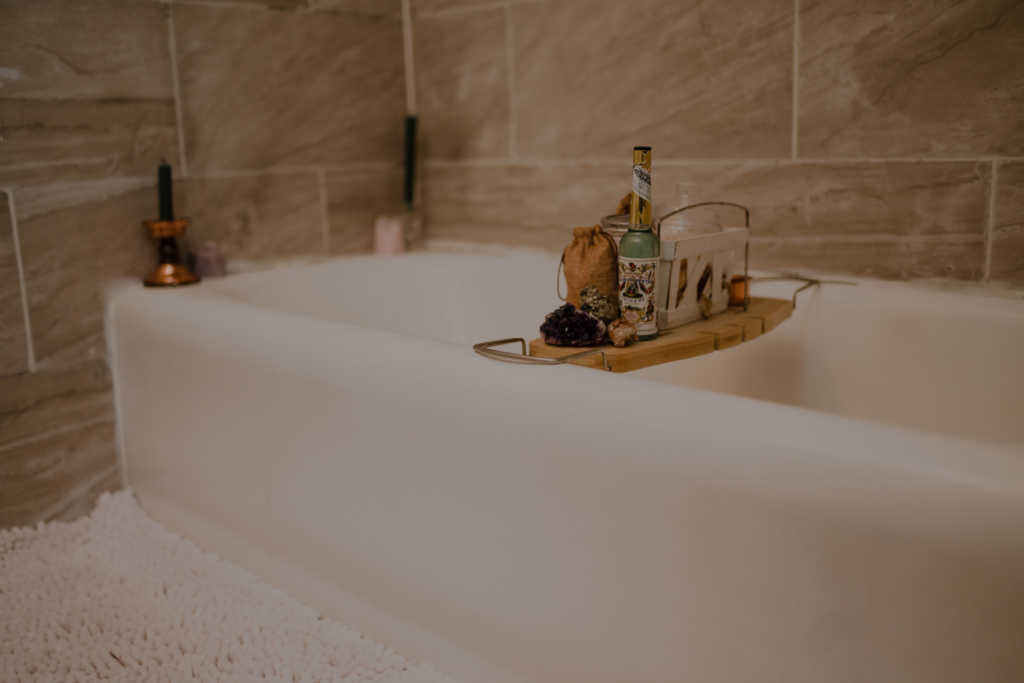 Jess began researching the cannabis industry and “it just all aligned with my ethical, moral compass. I want to be using channels to address inequity. I think of cannabis as an industry [where] we have social equity baked in. I think social equity is something all industries need to pursue. Cannabis at least has the language to start doing the awareness.”

A lucrative industry, cannabis sales now exceed $1 billion a year in Michigan. “I was very interested in opportunities to not only create generational wealth for myself, but for my community through equity programs,” said Jess.

When recreational marijuana became legal in Michigan in 2020, Cara saw an opportunity.

“I jokingly told my wife, ‘We need to be a part of this green rush they are predicting.’” Soon after, she was offered the opportunity to enter the cannabis industry. Today, Cara, who has a degree in wildlife ecology and conservation from the University of Delaware and considers herself a lover of all kinds of plants, works as an operations manager at a medical marijuana grow facility. The career shift, she said, “allowed us to create a hub for travelers to come and enjoy cannabis right inside our home. Not only that, but to curate high-end cannabis experiences and networking events.”

From the time the couple bought the house, Jess knew she wanted to open it up to others.

“I want to be a community ambassador,” she said. “Whatever house we got, I wanted to be able to list it on Airbnb, so that planted the seed.” 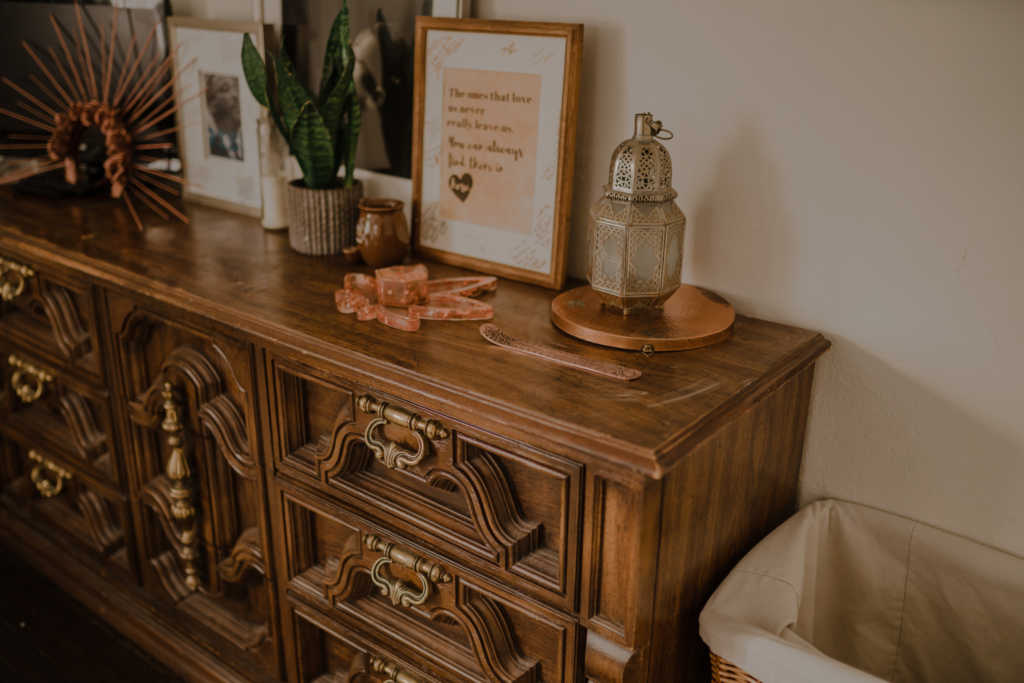 The Jacksons have broken through, quickly managing to make a name for themselves. Their first event made it to the cover of the Detroit Free Press and they’ve since appeared in popular magazines for cannabis connoisseurs. They’ve also partnered with big brands to host events at the House. To date, Copper House has hosted a variety of experiences including game nights, writing workshops, collaging workshops, cooking demonstrations, kink conversations, blunt-rolling competitions, yoga and wellness events, vendor shows and the popular Elevated Melanated Tea Party, among others.

“We do all types of events, all types of experiences,” said Jess. “And we are an overnight stay so we get a lot of guests who come to get the recreational product and get to know the industry here.” 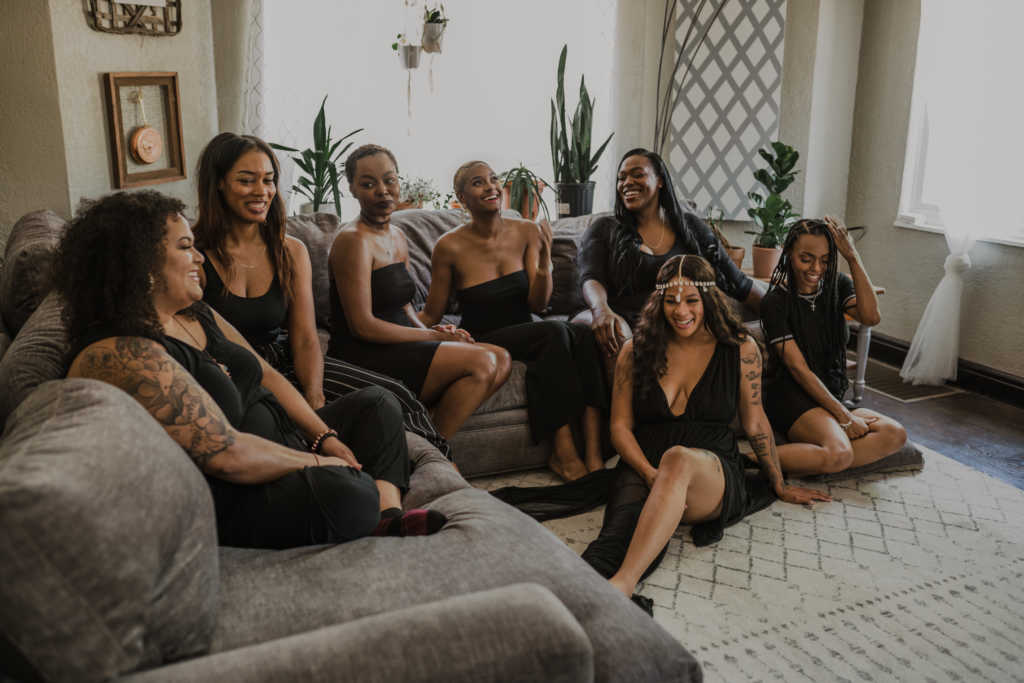 Copper House is 3,000 square feet, including their new 1,000-square-foot finished basement which was just remodeled courtesy of a $30,000 grant from Cannabis For Black Lives. There is a one bedroom suite available for rent on the house’s third floor. The basement space can sleep up to 10.

Heather Carter is Copper House’s first brand ambassador and a regular host of events in the House. “I love this space because it’s such an inclusive space,” she said. “It’s so warm, so loving, so welcoming. This is a place where you can be yourself and be accepted. No one is turned away unless your energy is not good.”

Carter and Jess are business partners in another venture, and Carter said she hopes to become a partner in Copper House someday. “I see myself being motivated to produce more content for myself,” said Carter. “I’ve been a little scared and nervous but I’m out here now with it. I see myself growing with them. Wherever they’re going, I’m going with them.”

And who would feel most comfortable staying at Copper House?

“I think anybody who is OK with the feminine vibe, because this is a very girly space,” said Jess. “I think folks who are OK with conversations around oppression and equity, that’s something that naturally comes up with me all the time. And understanding this space is a sacred space for a community who have been marginalized and oppressed.”

Cara said Copper House is her future. “We envision multiple properties, a mansion, and a holistic healing retreat with a grow facility where people can tour a grow and learn the ins and outs of growing cannabis. We are really excited for what the future holds.”