Kal Penn Comes Out at 44: Here Are 7 Other Celebrities Who Came Out Later in Life

The ‘Harold & Kumar’ actor recently announced his engagement to his longtime partner, Josh

“Harold & Kumar” actor Kal Penn, also a former White House staff member during the Obama administration, came out as gay this week, and we’re more than excited. He announced his engagement to his partner, Josh, while promoting his new autobiography “You Can’t Be Serious.” Penn, 44, revealed to People magazine that he and Josh had been together for over a decade.

“I’ve always been very public with everybody I’ve personally interacted with,” he told People. “Whether it’s somebody that I meet at a bar if Josh and I are out, or we’re talking to friends. I’m really excited to share our relationship with readers. But Josh, my partner, my parents and my brother — four people who I’m closest to in the family — are fairly quiet. They don’t love attention and shy away from the limelight.”

Though coming out is a personal decision and everyone must decide when is the right time for them, Penn felt he came out later than most people do. The actor said that “people figure their shit out at different times in their lives” and that he’s glad he did when he did.

Penn is right. Several notable figures came out later in life. In fact, here’s a look at seven other celebrities who did exactly that: 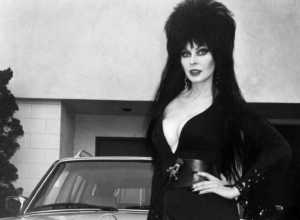 As Pride Source reported last month, Cassandra Peterson, known for her character Elvira, Mistress of the Dark, also came out like Penn via a new book. In “Yours Cruelly, Elvira: Memoirs of the Mistress of the Dark,” Peterson revealed she has been in a committed relationship with another woman nearly 20 years.

Like Penn, the reaction to Peterson’s news has been positive.

“I am just so glad that so many people are interested, you know?” she told Pride Source’s editorial director, Chris Azzopardi. 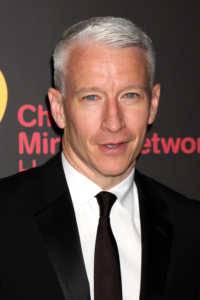 Anderson Cooper, the famous CNN anchor-reporter and son of fashion icon Gloria Vanderbilt, came out in 2012 at 45. At that time, Cooper acknowledged his sexual orientation to former Daily Beast blogger Andrew Sullivan after years of staying mum on the subject.

“I’ve begun to consider whether the unintended outcomes of maintaining my privacy outweigh personal and professional principles,” Cooper said in an email to Sullivan. “It’s become clear to me that by remaining silent on certain aspects of my personal life for so long, I have given some the mistaken impression that I am trying to hide something – something that makes me uncomfortable, ashamed or even afraid. This is distressing because it is simply not true. … The fact is, I’m gay, always have been, always will be, and I couldn’t be any more happy, comfortable with myself, and proud.” 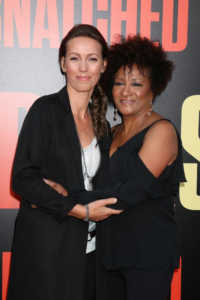 Actress and comedian Wanda Sykes was married to a man, record producer Dave “Jam” Hall, for seven years in the ‘90s. However, she didn’t officially come out as a lesbian until 2008, when she spoke at a same-sex marriage rally in Las Vegas. That same year, Sykes married her wife, Alex Niedbalski.

In a 2019 interview with Pride Source’s Jason A. Michael, Sykes said coming out was difficult.

“When I came out to my parents, it wasn’t well-received at all,” Sykes said. “We basically stopped talking. And it was immediate. And at 40 years old, I felt abandoned. These are the people who brought me into the world.” 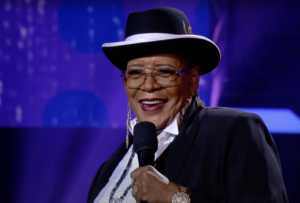 Like Sykes, actress and comedian Marsha Warfield’s coming out was not easy. In fact, her mother made her keep it a secret until she died. She told Pride Source about her coming out journey in a recent interview.

“[My mom] telling me she didn’t want me to come out while she was alive in the environment that we were living in didn’t hurt at the time,” said the star of the classic ‘80s sitcom “Night Court” and, more recently, Fox’s hit series “9-1-1.” “It hurt later. You get older and you realize just how suppressed you’ve been and how much you’ve missed.”

Warfield now has a “boo” named Angie, and she’s hoping that they get married soon. 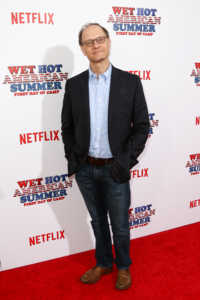 David Hyde Pierce, star of the NBC series “Frasier,” came out when he was 48 during an acceptance speech at the Tony Awards in 2007. After winning his best actor in a musical award for “Curtains,” Pierce said he wished to thank “my partner Brian because it’s 24 years of listening to your damn notes — that’s why I’m up here tonight.” 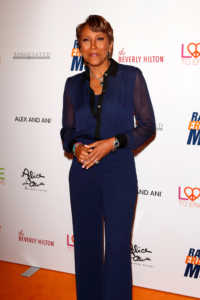 “Good Morning America” anchor Robin Roberts is a survivor. She battled breast cancer and underwent a bone marrow transplant in front of the world. Roberts came out in 2013 at age 53 through a Facebook post thanking her girlfriend, massage therapist Amber Laign, for all her support during Roberts’ illness. 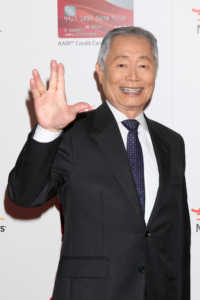 Legendary “Star Trek” actor George Takei waited until the age of 68 to come out. In an interview with Frontiers magazine in 2005, Takei said he felt compelled to come out after then California governor Arnold Schwarzenegger’s veto of a same-sex marriage bill.

“It’s not really coming out, which suggests opening a door and stepping through,” Takei told the magazine of his announcement. “It’s more like a long, long walk through what began as a narrow corridor that starts to widen.”

Takei has become very popular on social media since coming out. He has been married to his partner Brad Altman since 2008.