Local Queer History Through an Artistic Lens: Mighty Real/Queer Detroit Exhibition Coming to a Space Near You

Greater Detroit is about to become awash in queer art — including rare pieces from as far back as the ’40s.

Seventeen galleries, organizations, businesses and public spaces across the metro Detroit area will join together to present Mighty Real/Queer Detroit (MR/QD), a month-long, groundbreaking exploration of art celebrating more than 140 emerging and established LGBTQ+ artists, past and present. Planners say the citywide project may be the largest exhibition focused exclusively on queer art that has ever been put together.

The exhibition, which will run throughout Pride Month beginning June 3, was originally scheduled for 2020, but was canceled that year and in 2021 due to Covid restrictions. Now, finally, MR/QD is ready for launch.

“It’s really all worked out,” said Patrick Burton, who came up with the idea for the exhibition and actually curated it. “Everything unfolded so perfectly for us by postponing the exhibit.” 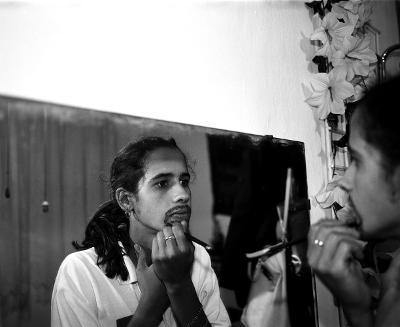 The exhibition has gained several galleries and art spaces since the 2020 planning. There are 17 in total. Burton also said he’s happy MR/QD will coincide with the 50th anniversary of Detroit’s first-ever gay Pride march and rally.

Burton said he is proud to present a Pride event of a different kind, something cultural and beyond just parades and parties.

“I think it broadens people’s views of who we are,” he said. “We are so often sexualized and this gives our audience a better view. To use a cliché, we’re expanding hearts and minds through art.”

The exhibition is being launched in conjunction with the City of Detroit Office of Arts, Culture, and Entrepreneurship. The Ford Foundation is the presenting sponsor. Burton said the most meaningful part of curating the exhibition was “uncovering Detroit’s past. Finding things, discovering things that I was not aware of, like the LeRoy Foster sketch book with the photo inside of [his female alter ego] Martini Marti.”

Burton said the exhibition will also “address loss and remembrance” by including rarely seen works by artists who died from AIDS in the 1980s and ‘90s. Several of these works will be shown for the first time, including pieces by Brian Buczak, Timothy Gass, Marcus Mannino and Constatine Tsatsanis. 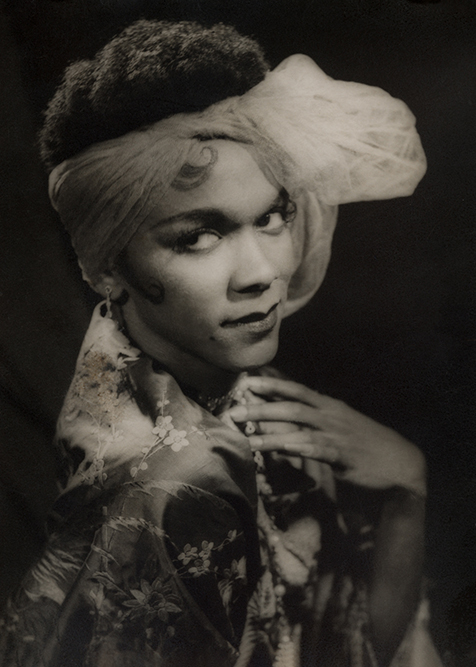 There will also be a special tribute to Foster, who is featured not only in his self-portrait of Martini Marti, but also his drawing of the late Ruth Ellis, some early sketches and other pieces from throughout his prolific career. Local artist Jack O. Summers will also receive tribute.

In Pride Source’s original story on the exhibition from 2020, Burton shared that the idea for the exhibition came to him while chatting up fellow artist and longtime Between The Lines newspaper and Pride Source columnist Charles Alexander at a Scarab Club show.

Burton said he noticed several pieces in the show by LGBTQ+ artists and his brain went to work.

“I just had this kind of surreal idea,” he said. “I wanted to put a show together to celebrate the experience of others — to reveal the community emerging from a desire for visibility. And to show how real and good that desire is.”

MR/QD runs through June. To learn more about Mighty Real Queer Detroit and for a list of events, visit mrqd.org.