For LGBTQ couples across the U.S., the landscape surrounding family planning has changed drastically for the better in recent years. Most notably, the 2015 Obergefell v. Hodges Supreme Court decision not only secured marriage equality but significantly increased the accessibility of parenthood for LGBTQ couples by creating a larger pathway for adoption rights. But while acquiring legal parenthood has become less of a problem across the U.S., widespread issues regarding fertility procedures like surrogacy still remain mired in conflict. For instance, in Michigan, paid surrogacy remains illegal and unenforceable. Still, that doesn’t mean that local parents have no options when it comes to parenthood outside of adoption. For instance, uncompensated or “compassionate” surrogacy is legally permissible.
To learn more about the potential legal stumbling blocks regarding surrogacy, some of the misconceptions surrounding the practice and elements to consider before starting the process, Between The Lines contacted Victoria Ferrara. In addition to being an attorney who is licensed to practice in the states of New York and Connecticut and the founder of the Ferrara Law Group and also worldwide Surrogacy Specialists, she is a lesbian who is the mother of two children. 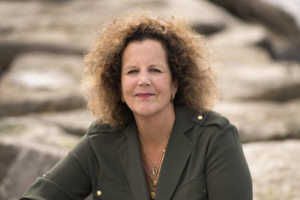 Methods of Surrogacy and Michigan Realities
Currently, there are two methods used in a surrogate pregnancy: gestational and traditional. In gestational surrogacy, the surrogate does not use their own eggs and only carries the child, while in a traditional surrogacy the eggs of the surrogate are used and therefore give the surrogate a biological link to the baby. Gestational surrogacy services, Ferrara said, are the ones that are used by fertility clinics. According to a 2016 Centers for Disease Control and Prevention report, across the U.S. the number of embryo transfers performed on gestational surrogates increased drastically from 1,957 in 2007 to 5,521 in 2015. Despite this spike, however, Ferrara doesn’t recommend Michigan as a state for surrogacy agreements.
“[Paid] surrogacy is illegal in Michigan and surrogacy contracts are unenforceable in Michigan, so that would not be a state where we would match intended parents with a surrogate,” she said. “And there are some states where couples have to be married, so we would have to make sure that any couple that wants to go through surrogacy who is not married doesn’t go into one of those states.”
That doesn’t mean, however, that Michigan families looking to have a child via a paid surrogate could not start the process out of state. Ferrara said that doing this successfully boils down to the parentage order or court judgment that parents acquire out of Michigan
“So, for example, in Connecticut we get an actual court judgment, which is analogous to an adoption that will name the two parents as the legal parents of the baby. That’s a state judgment. Married or unmarried, the two parents are legal parents and they should be safe in any state in the U.S. There could be discriminatory actions taken against them, but we would hope that there wouldn’t be,” Ferrara said. “The other problem is if you don’t get a judgment like you would get in Connecticut. … One parent will be genetically related to the child and one won’t be and so the non-genetic parent would be a presumed parent. The name on the birth certificate creates a presumption of parentage but the parentage is not settled under the law. So, those parents, if they went to Michigan — or any other state — they must do a co-parent adoption to establish the non-genetic parent’s legal parental rights.”
Ferrara gave an example of Illinois where an arrangement like this might be the case because the process of surrogacy is normally settled via affidavits. For a gay couple where one parent would have non-genetic ties, a co-parent adoption would be a smart added step in the process to ensure their legal status. Ultimately, even in states like Connecticut with favorable surrogacy laws, Ferrara recommends that couples find legal counsel to assist in the process of ensuring parenthood is legally secure across the U.S. “to make sure that they’re going to be doing their process to have a baby that’s favorable to them.”
Because even for couples who aren’t LGBTQ, surrogacy comes with its fair share of legal conditions and eventualities to consider. For one, while there is not a set rate for what a paid surrogate contract will end up costing, it’s not unusual to see amounts above $100,000.
“We can make it very safe, we can minimize the risks legally and medically by doing things with the right physicians and doing things in the right states where laws are good, but the cost is really prohibitive,” she said.
Additionally, Ferrara has seen many couples struggle with insurance coverage to go through the process of infertility treatment because of unclear definitions surrounding the treatment.
“The CDC has a definition of infertility, which says that people have to be unable to conceive for six to 12 months, and, as gay people, we don’t have that and the insurance companies aren’t covering infertility treatments,” she said. “There are some lobbying efforts going on throughout the country to get insurance companies to cover infertility treatments for LGBTQ parents.”

Breaking Myths and Taboos
When asked why certain states carry stricter regulation around paid surrogacy than others, Ferrara said that the process carries with it a myth that it is detrimental to women and that this misconception has harmed its overall perception. She emphasized that this is not the case.
“There is a problem with surrogacy and the treatment of women outside of the U.S. — for example, in countries like India or Thailand or Mexico — but in the U.S. we strive hard for a very ethical process and there are organizations in the U.S. advocating for ethical processes in surrogacy,” she said. “For example, every woman wishing to become a surrogate has their own legal counsel, they come voluntarily to the process, they are compensated fairly, they have their own medical treatment, they make their own decisions for medical treatment, they live at home with their families and they very much want to become a surrogate to help bring a baby into the world to help to make a family.”
She said that in addition to creating some legal roadblocks, this perception of the practice has served to encourage discrimination against LGBTQ couples searching to engage in the practice of gestational surrogacy. In particular, Ferrara said she’s observed religious freedom laws encroach upon otherwise legal parenthood processes involving surrogacy and adoption in states like Kansas, Oklahoma and Texas.
“I’m worried for sure. I’m getting a lot of questions from my clients about what will happen to us if Obergefell gets overturned. Hopefully, that won’t happen, but we won’t know,” Ferrara said. “Even if that doesn’t happen, we are going down a path to have more of these religious freedom cases that will just open a door to more discrimination.”
For instance, in Lousiana, no gay parents can have a baby through surrogacy. And in fact, the U.S. Supreme Court is scheduled to make a final decision soon about Fulton v. City of Philadelphia, a case where the Department of Human Services found that two of the city’s foster care providers used religion to justify discriminated against LGBTQ couples looking to adopt children.
Still, there are bright spots.
“New Jersey, within the last couple of years, changed its laws because surrogacy was illegal there. In New York, the laws were changed recently and that will take effect in February of 2021, so there’s still progress being made but we’re in the year 2020 and it feels like it’s very slow progress,” she said.
Ferrara also pointed to a recent case undertaken by LGBTQ legal activism firm Lambda Legal called Mize v. Pompeo. There, two gay men had a child via surrogacy in the U.K. and, despite the American citizenship of the two fathers, the establishment of American citizenship for their baby was denied because of their LGBTQ identity.
“It took a while to get through the courts but just recently, in August, they were able to get their American citizenship,” she said. “And they’re married, so any other straight married couple would easily have established their legal American citizenship for their baby, but the U.S. Consulate didn’t recognize them as married and treated the baby as born out of wedlock and they couldn’t get her her citizenship.”

To learn more about Ferrara and the process of surrogacy visit victoriaferrara.com.