Luke Londo said learning of his appointment to the Michigan Civil Rights Commission (MCRC) was the “second coolest” thing that happened to him that week. Becoming a dad was the first. And to be honest, he said, having applied for the Commission many months earlier, Londo forgot about it.

“Three days after the birth of my son, on the way back from our very first pediatric appointment, I got a call from Gov. Whitmer’s office informing me that I was being appointed to the Michigan Civil Rights Commission,” said Londo, who is openly bisexual. He called it “the honor of a lifetime.”

In 1964, Michigan became the first state to enshrine civil rights protections in its constitution. The Michigan Department of Civil Rights carries out the work of the Commission. While the MCRC is not a lawmaking body, it has power and influence.

“The commission is so important, the department is so important, to really ensure that all Michiganders feel like they have a place they can come if they feel like their civil rights and human rights have been violated,” said Portia Roberson, chair of the MCRC. “There are a lot of education pieces that we have done and want to continue to do to really make people aware of the many issues that arise and that we can help them navigate.” 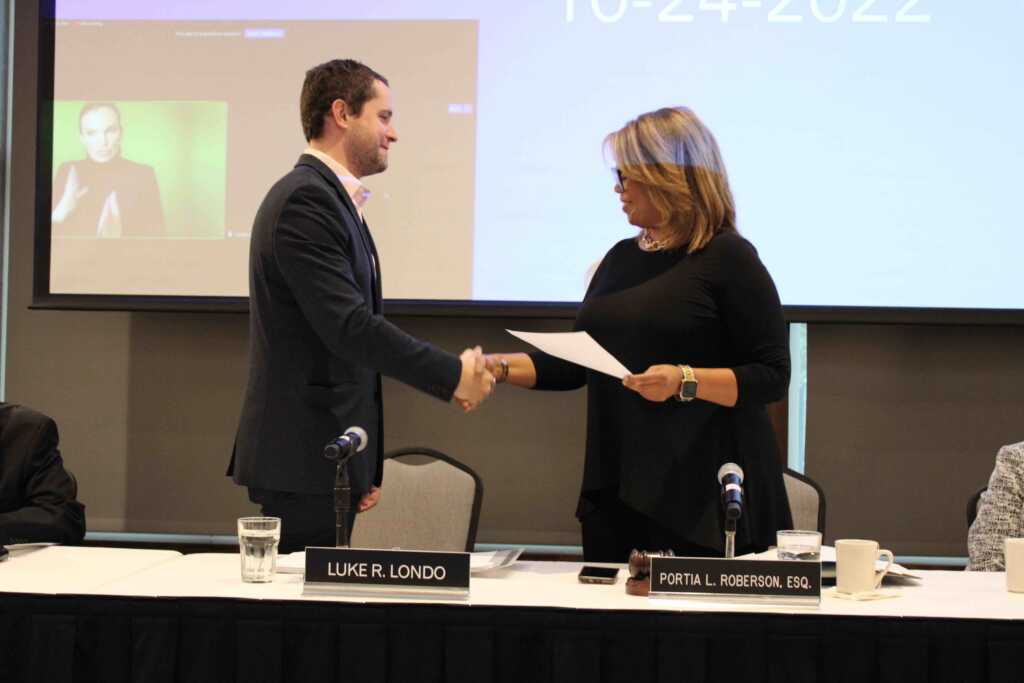 Londo cited one issue of particular significance to him: the Commission’s 2018 ruling that the definition of “sex” in the Elliott-Larsen Civil Rights Act is inclusive of sexual orientation and gender identity. Once they began taking complaints on that basis, one was litigated up to the Michigan Supreme Court, which recently concurred with that ruling. Londo said being part of a body that protects the rights of LGBTQ+ Michiganders was extremely appealing to him.

The Commission is nonpartisan. And while Londo identifies politically as an Independent, until recently, he was a registered Republican with a resume that includes working in constituent relations for former Congressman Dan Benishek as well as a stint with former Attorney General Bill Schuette in 2017 and 2018.

“Oh, my goodness, it was wonderful,” Londo said of the experience working in Schuette’s office. “The Michigan Department of Attorney General does so much amazing work.” He cited in particular his tasks educating seniors on consumer fraud and educating students on how to report bullying and threats as “extremely rewarding and fulfilling work,” adding, “Bill Schuette is the kindest, sweetest man I’ve ever met. And it was just an absolute pleasure and honor to work for him.” Londo made clear his boss knew he was queer.

Londo’s tenure with the office of the attorney general coincided with a period of time that Schuette did battle with the MCRC over the body’s interpretive statement of “sex,” the very issue that Londo is so passionate about today. It cannot be overstated how roundly disliked by LGBTQ+ Michiganders — particularly those in leadership — Schuette was at the time.

Londo called Schuette’s disagreement with the MCRC “legal and academic,” and that as someone with a degree in political science and also studying for a master’s in public administration, he could see both sides. But he was quick to add, “I certainly was not part of those conversations. I didn’t actively provide input. However, you know, I always felt that the Michigan Civil Rights Commission had the better argument and I was happy to see that the Michigan Supreme Court agreed with me.”

Currently a Hazel Park City Councilmember, Londo has led the charge for his hometown to be more inclusive of its LGBTQ+ residents. He introduced an inclusive human rights ordinance and a conversion therapy ban, both of which are now on the books.

As a bisexual man married to a woman and also a father, Londo acknowledges his privilege. He can pass easily, but chooses to be openly queer. He spoke of a time after being elected Executive Committeeman on the First Congressional District Republican party that he received pushback and realized there were people eager to use his sexual orientation against him. 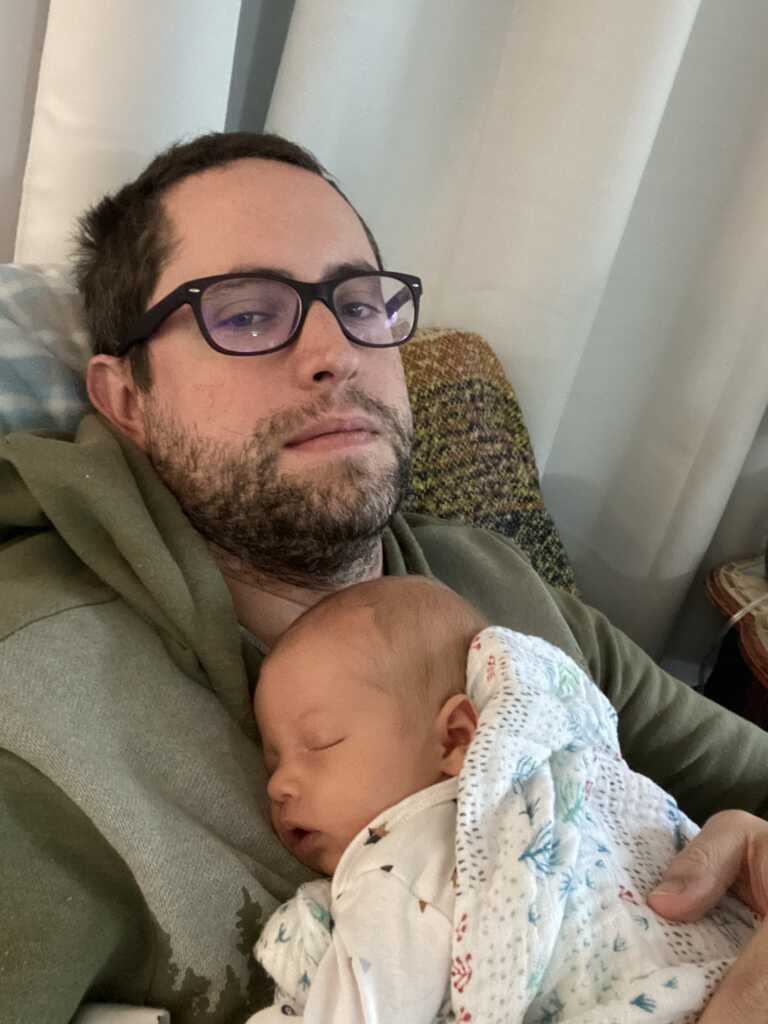 “I realized that the best thing that I could do in that moment was to wear it like armor,” said Londo, of his sexual orientation. “So, after that, it was extremely important to me to be not just out, but forcefully out about my representation [to] force people in these spaces to not just tolerate but accept me and people like me.”

Growing up queer in Marquette as the son of a deacon wasn’t easy, said Londo, who is 34.

“At that particular moment, high school was a difficult experience for me,” he said. “And in addition to growing up, you know, extraordinarily Catholic, [I] always just sort of felt a bit like a pariah. Coming out and being able to find my people and find my tribe was extremely important. And now it’s important to me to just look out for people like me.”

After participating in his first MCRC meeting, Londo has already made an impression. Roberson spoke of diversity on the Commission. “I think it’s so hugely important and I’m so privileged to serve on the commission with him,” Roberson said of Londo.

After their first meeting, “he spoke to young people who are out there who may be feeling very isolated, who may be feeling that they’re not protected, maybe at home, maybe at school, just in life in general,” Roberson said. “And [he] talked about how he was happy to serve on the Commission because he could be a symbol of the representation that now we are acknowledging and really bringing to the forefront in Michigan.”

Not only that, it’s because of Londo and others that beginning next year, one of their meetings will take place in the Upper Peninsula.

The admiration is mutual. Londo appreciates the “titans” he now serves with on the Commission.

“All the people on the Commission have such remarkable resumes and just this really deep abiding commitment to making lives better as part of their day jobs,” Londo said. “And I’m just so deeply honored to be part of such a significant body with so many great leaders.”