With His Empowering Sundance Debut, Antonio Marziale Is Provocative with Purpose

In his short film 'Starfuckers,' the filmmaker takes the piss out of men who abuse their power

Writing and directing for the first time in his filmmaking career, Antonio Marziale didn’t make “Starfuckers,” which he also acts in, with the intention of it being among the short films to premiere at Sundance this year. But on Jan. 20, during the festival’s 44th year, Marziale’s exceptional 14-minute film did just that.

“I’m feeling lucky, to be honest,” the 28-year-old filmmaker, who is queer, told Pride Source the day before its premiere.

Here, he chats about how “Alex Strangelove” changed his career, playing a villain in “Grendel,” and what inspired his rousing drag performance in “Starfuckers.”

Did you make this with the intention of entering it into Sundance?

No, but that’s always a dream that I think filmmakers have. The goal was making the movie that we wanted to make and making it as dynamic and alive as possible. When you’re making it, you’re so stretched thin you just are hoping nothing falls apart. [Laughs.] 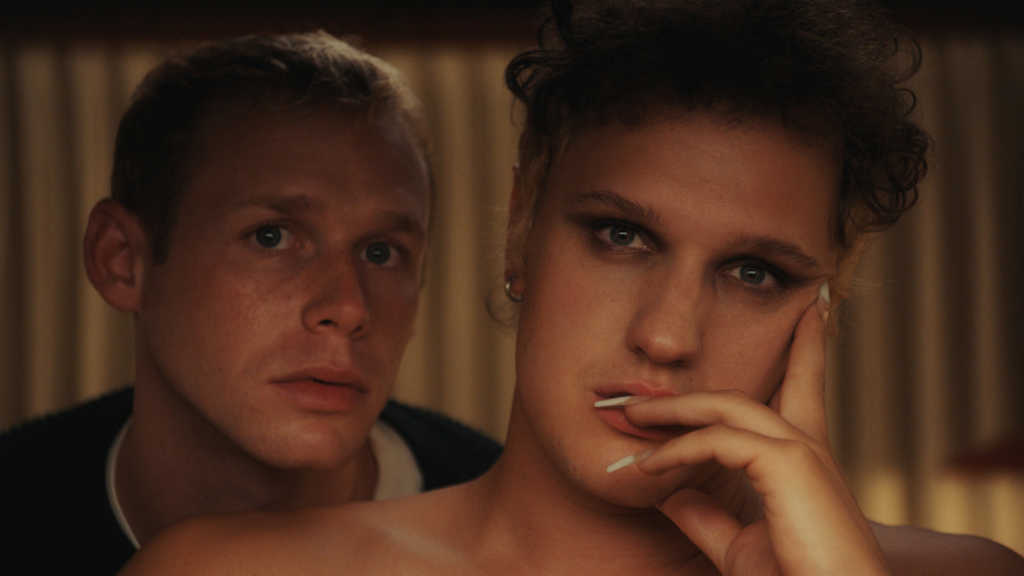 How did the concept for “Starfuckers” come to you?

My whole life I’ve been super inspired by drag queens and drag performance and how drag queens can often renegotiate the circumstances of their life through performance. A lot of drag queens, and just people who don’t exist under a normative identity under the patriarchy, have experienced some sort of struggle from that, and I feel like drag gives a lot of queer people the opportunity to really be themselves fully and adapt an alter ego. And I’ve always loved that idea, loved watching drag performances, loved lip-syncing in general.

This, to me, shines an important light on the more nuanced dynamic between powerful men and queer men.

I appreciate you saying that. I’m glad that you feel that way after watching that.

Why did you want to tell that story?

I think the context of it existing in Hollywood is a nice way into the movie. It’s a nice framework for the film to exist in. But it could have been something else, you know. It didn’t necessarily have to be that, but it kind of just plays into the idea of performance and Hollywood, which ties into the second half of the film nicely. Obviously, these issues are not issues that just exist in Hollywood; they exist all over from people with privilege.

How are you describing your character to people?

Oh gosh, I have never had to describe it. I don’t know. Wild? I mean, very resourceful and creative, definitely. I like that he’s also a mystery. You actually don’t know very much about any of the characters in the film. I wanted to make sure that you put characters in quite specific circumstances and the language has no choice but to speak from that circumstance versus us learning about the characters through exposition. 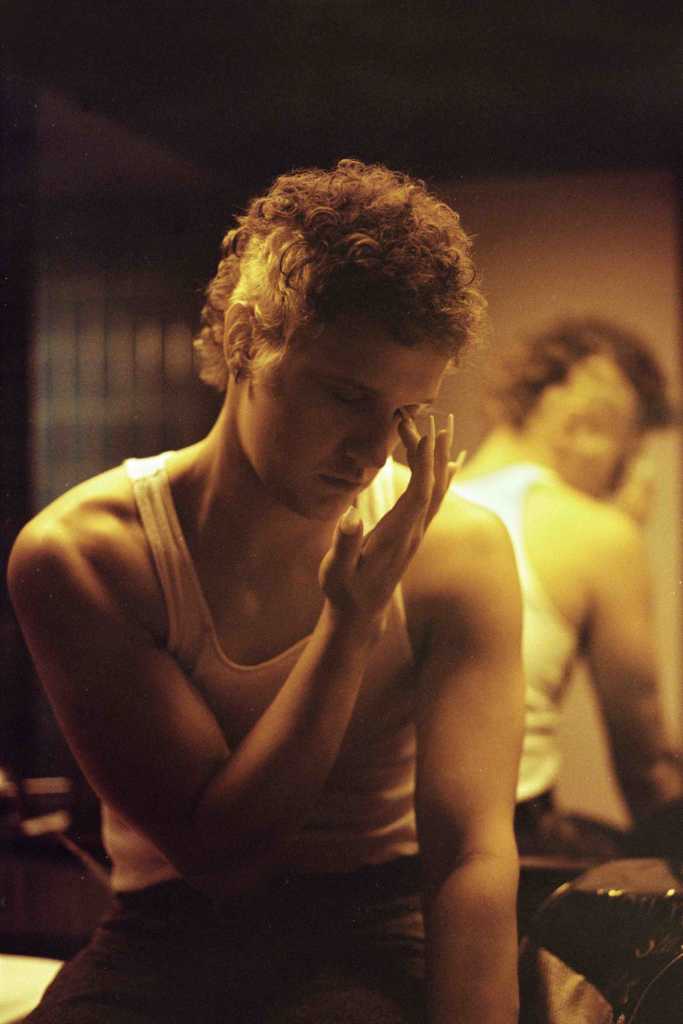 What have you learned from some of the filmmakers you’ve worked with, like “Alex Strangelove” writer-director Craig Johnson, over the years?

Craig Johnson is a brilliant writer, and he has the ability to write scenes for five minutes or longer just between two actors talking with very specific writing, so it allows you to really infuse it with a lot of life. It’s so much fun getting to play in that world. I’ve always liked Yorgos Lanthimos — definitely an inspiration for the piece. I love “Dogtooth.” And even though [he’s not] queer, I find that he turns a shoulder a bit away from the audience. His films are very specific but leave room for interpretation, and also don’t always hold the hand of the audience member. And I always really appreciate that; it allows me to put the pieces together and become an active participant in the film. So that’s definitely an inspiration. I mean, obviously Xavier Dolan is somebody who I’ve always looked up to and loved his movies, and many, many more. [Laughs.]

What was the biggest challenge for you being behind the camera for the first time?

The challenge was not being behind the camera. I actually felt quite confident behind the camera. The challenge was in the small scenes I had to act in and also be the director. As an actor, you have the privilege of allowing the director to watch and you just have to be present and focus on the circumstances in the scene, but when you’re the director as well, you’re almost too smart. You’re being carried and having to carry at the same time, and it’s a big transition between being a leader and then having to switch into actually quite a vulnerable state of acting.

But I think we were smart in our preparation and Matthew Puccini, who’s another brilliant filmmaker in his own right, was helping me on set and took over a bit while I was in scenes. He understood the aesthetic of the film really well and has amazing taste, so there was a lot of trust built there.

How did “Alex Strangelove” change your career?

It’s kind of why I was starting to get recognized. That was a strange experience, but it definitely gave me a lot of confidence and opened a lot of doors, which I was really grateful for. It also brought me a lot of really wonderful friends. I just saw Daniel [Doheny] in Vancouver, and we’ve become really close. And me and Madeline [Weinstein] talk all the time. And me and Craig have become really good friends as well.

I learned the term “Octo-cock” from your character.

Oh my gosh. That is too funny. That role meant so much to me, and when I was auditioning for it, I just… I wanted it. That was just such a dream come true, getting to be a part of that. And Craig and I are still friends. I look up to him so much. [That movie] means a lot to me too, obviously, being a part of it. I think if I had seen it when I was young, it would’ve meant a lot to me, so it was kind of an emotional experience making that film. 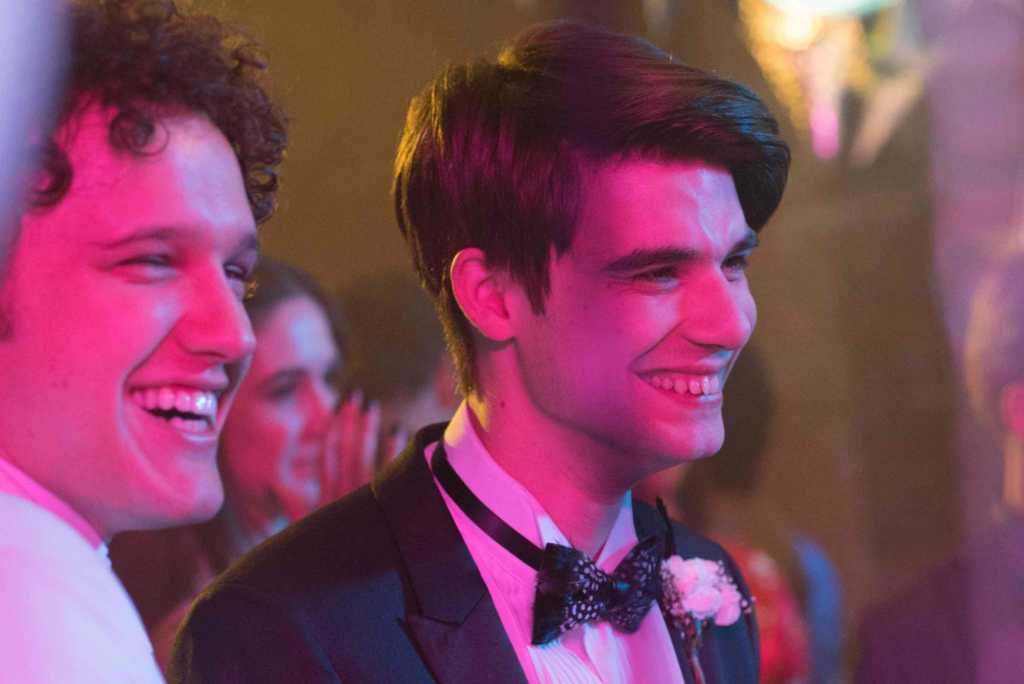 And you’re working on something else for Netflix, currently. What can you say about that project?

It’s called “Grendel.” It’s based on a comic book series, and Dark Horse Entertainment, who did “Umbrella Academy,” is producing it. It’s really fun. It has a lot of queer tones to it, and I think it’s gonna be amazing.

Do you get to play a queer character?

What else do you have coming up?

I’m writing a lot right now. I’m sort of summoning, hopefully, the ability to make [“Starfuckers”] into something larger, and I feel really creatively connected to it. So that’s good.