What better way is there to answer questions your kids have about gender and sexuality than to find some books to read together or recommend to them? Be it books that include targeted educational messages or fictional stories with LGBTQ+ characters, your little ones may see themselves represented in them, encouraging them to be more honest and forthcoming to themselves and to you! Check out our curated list of must-read LGBTQ+ books for kids, organized by age:

Your child is never too young to start understanding gender and sexuality. They may not understand complicated terms or the exact words for different identities, but they sure can learn to love and accept different kinds of people. Here are some books appropriate for a young audience:

“Julián Is a Mermaid” 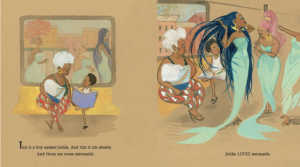 “Julián Is a Mermaid” follows Julián’s journey of discovering himself. On his way from the pool with his abuela, Julián sees three women with brightly coloured hair, wearing dresses that end in tails! He decides that he wants to be just like them and dress up as a mermaid. Though he fears his abuela’s reaction, she comes across as a supportive and accepting caregiver. This story truly exemplifies intergenerational love and acceptance.

In his pursuit to find a bride, a prince unexpectedly joins up with a knight, determined to protect the kingdom against a fearful dragon. They fight the monster, and in the process, they end up falling in love. A queer spin on a classic fairytale, this one is bound to keep you and your little ones hooked until the end.

“In Our Mothers’ House” 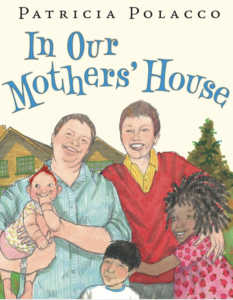 Marmee and Meema are a same-sex couple rasising their three children in sunny California. The book tells of their everyday life — stories about planning for Halloween, cooking together, having dance parties, catching the flu, and more! While some people outside the household are not understanding of their family, the mothers teach the kids to accept and celebrate differences and to understand that love is the most important thing.

“Stonewall: A Building, An Uprising. A Revolution.” 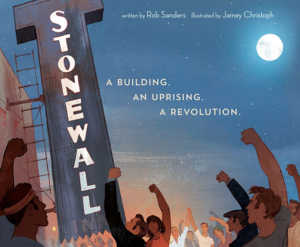 This moving, colorful picture book tells the story of the Stonewall Inn and the revolution that started there, through the voice of the Inn. It allows young readers to understand its rich history and its role in the LGBTQ+ movement. It tells of how the police raided the Inn, and how members of the LGBTQ+ community got together to protest and demand their rights. A must read for little activists in the making!

By this age, children are starting to better understand themselves and their place in the world around them. Many may be questioning their own gender or sexuality, or have friends who have come out at trans, bisexual, queer or any of the other identifiers that fall under the LGBTQ+ umbrella. It’s important to equip your middle schooler with the right information as they navigate this phase of life. 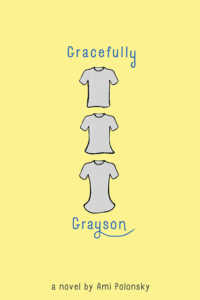 12-year-old Grayson is a thoughtful, imaginative child, but he’s shy and likes to hide in the corners at school. Grayson’s secret makes it even harder to make friends authentically. “He” is a girl who feels stuck in the wrong body. Grayson wants to share this with people, but fears rejection and bullying. An unexpected friendship and the support of a teacher allows Grayson to be who they truly are and not have to hide any more. This novel truly capture’s Grayson’s strength and the power of friendship. 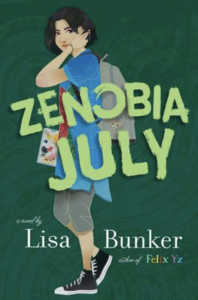 Zenobia’s life has seen some major changes. She’s moved to Maine to live with her aunts, started a new school, is making new friends and finally living openly as the girl she always knew she was. So when someone starts anonymously posting hateful messages on their school website, Zenobia, being the skillful coder and hacker that she is, knows that she is the only one who can solve this mystery. Zenobia juggles all of this while working on fitting in and finding family. It is a story about finding yourself and finding a place to call home. 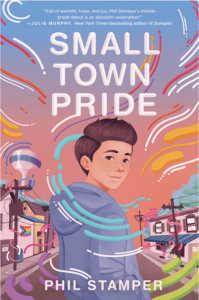 A coming of age story about Jake, the first openly gay student at his school, this book navigates both the good and the bad parts about coming out. While his friends and family are supportive, overt displays of Pride at his house compel neighbors to complain and worry that there might be a local Pride Parade, which is unacceptable to them. Jake sets out trying to get permission to actually make this happen, and the Mayor’s son seems to be very interested in helping him… 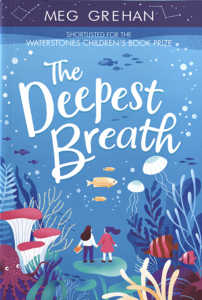 This coming out story will pull at your heartstrings. The novel follows the life of Stevie, a curious teenager who wants answers to just about everything. However, when she realizes that she is falling for a girl, she’s not sure what to even ask to help her find the answers to what she is feeling. A supportive librarian comes to the rescue, helping her navigate her feelings, but Stevie needs to find a way to come out to her mom, which is no easy task.

By high school, your child may have a solid understanding of different genders and sexualities, and might be looking for a read that is relatable and comforting to them. A book with characters they see themselves in. We’ve got you covered. 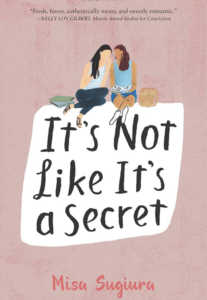 Sana Kiyohara has a lot of secrets. She hates not being invited to parties, her father might be having an affair, and most scandalous of all, she might be attracted to her best friend! When Sana moves to California, she decides it’s time to be honest, especially when she meets Jamie Ramirez. However, both Sana and Jamie’s friends disapprove, and Sana must navigate unwanted male attention from classmate Caleb.

“Simon vs. The Homo Sapiens Agenda” 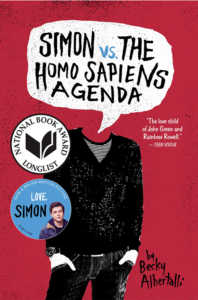 The novel that would become the first film by a major Hollywood studio focused on a gay teen romance (“Love, Simon”) focuses on Simon, a not-so-openly gay sixteen year old who leads a simple, drama-free life. However, when a personal email of his falls into the wrong hands, he is left with a mess. Faced with the difficult choice of whether he should protect his own privacy or his anonymous pen pal’s, he is forced to enter a world way out of his comfort zone. As he tries to juggle his friendships and growing relationship with a boy he has yet to meet, he realizes that his junior year has become a complicated web of secrets.

“Aristotle and Dante Discover the Secrets of the Universe” 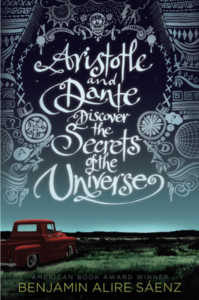 Dante is confident, articulate and loves poetry. Ari is timid and often lost in thoughts of his older brother in prison. The pair are as different as they can be and so, when they make each other’s acquaintance, it is surprising that they develop a special bond.

When Dante leaves for Chicago, they promise to remain friends, but their relationship becomes complicated when Dante makes it increasingly clear that he is in love with Ari, who does not seem to feel the same way. This coming-of-age story follows the pair as they grow up and are forced to deal with the judgements that society has put on gender roles and sexuality. 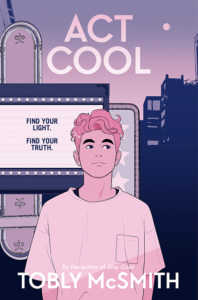 August Greene is an aspiring actor who has just landed a spot at the coveted School of Performing Arts in New York. His dream finally seems to be falling into place except for one major roadblock: His parents wont accept that he’s transgender. The only way he can move to New York and chase the life of a star is if he promises his parents that he won’t transition. While this seems like a bargain he can live with in the beginning, things get complicated when he makes new friends and plays new roles which push him to think more closely about his own identity.