It’s hard enough finding a role model and road map for life as a marginalized individual. Chella Man already knows this, of course. The artist, actor, model and activist is deaf, genderqueer, Jewish, half-Chinese and pansexual.
Yet the Brooklyn-based 22-year-old, best known for his art-design collaborations with fashion brand Opening Ceremony and for playing mute superhero Jericho in DC Universe TV series “Titans” in 2019, will ensure that new generations can access his inspiring, multi-layered life experience widely this June 2 through “Continuum.” The book is a revealing autobiography from Penguin Random House’s YA-geared Pocket Change Collective. Authored by LGBTQ+ and BIPOC activists, other releases include Leo Baker’s “Skate for Your Life” and Alok Vaid-Menon’s “Beyond the Gender Binary.”
The emergence of “Continuum” was serendipitous: Penguin approached Chella about the collection, which included close friends of his like Kimberly Drew, a former social media manager for NYC’s The Met and Vogue writer; Adam Eli, founder of nonviolent direct action group Voices4, and Vaid-Menon, a writer and performance artist. He loved the books’ accessible presentation.
“I got to a point in my life when I realized there have been so many checkpoints, so I wanted to take a moment, reflect and unpack what I’ve been through,” says Chella, who wore cochlear implants, a small electronic device placed in the ears that partially restores hearing, during our recent interview on Zoom. 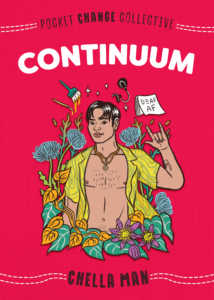 Written while quarantining at his central Pennsylvania family home during the pandemic with artist and photographer girlfriend MaryV Benoit (during this time, the whole family contracted COVID-19 and recovered, although “my dad got very sick and it was very scary”), “Continuum” sees Chella dive right into his childhood as “Rachel.”
“I don’t feel like it’s a deadname,” he says. “I once did, because I internalized other trans individuals’ ideas of what their names meant to them, but I’m OK sitting with and being close to the name I was given at birth. If you look at my name now, I actually kept some of it. I took Rachel, cut off the ‘ra’ and added the little ‘la’ and here I am: Chella. And because I always still felt connected to what society deems feminine and femininity, I identify as genderqueer and felt I wanted to keep some of that with me.”
In “Continuum,” Chella recounts going deaf as a child and early gender identity epiphanies, the trauma puberty wreaked in middle school, and accessing first images of LGBTQs, including those of gay men kissing in public and lesbians holding each other. Contributing to the vividness of these memories was the fact Chella kept a diary over the years from which he could cull and repurpose entries. He said writing the book in the same family home he experienced the intense isolation and trauma of his youth was a “blessing and a curse.”
“It connected me to memories I wouldn’t have otherwise, but at the same time it was very heavy because I felt everything so deeply,” he recalls. Referencing the diary entries helped him formulate a fluid story, despite having lived a life that he says has been “extremely non-linear.”
“How do you explain systemic oppression to a child? I thought that was interesting,” Chella says, “and it encouraged me to look back on things I initially thought were complex to simplify them, and I realized they aren’t so complex after all. The world just makes us believe they are.”
Later passages in the book cover his move to New York to attend Parsons School of Design (he was admitted to its early acceptance program while still a high school junior), transitioning via top surgery and testosterone — a process he shared at the time via social media and columns for LGBTQ+ digital news platform them. — and his relationship with MaryV, whom he says was encouraging throughout the process. “She wanted me to express myself freely and share without restriction,” he says. “The first time she heard it, I read it to her. She has dyslexia, so I loved being able to see her reactions to each part, and it felt more intimate to be the one to read it to her.”
Since completing “Continuum,” which Chella Man also illustrated, he has served as an executive producer on Topic’s documentary series “Trans in Trumpland” and collaborated with NY genderless streetwear brand Private Policy on a line of ear jewelry that celebrates “the beauty of being deaf” and directed its video promo, which is set underwater and features deaf BIPOC models (50 percent of pre-order profits go to Deaf Queer Resource Center). 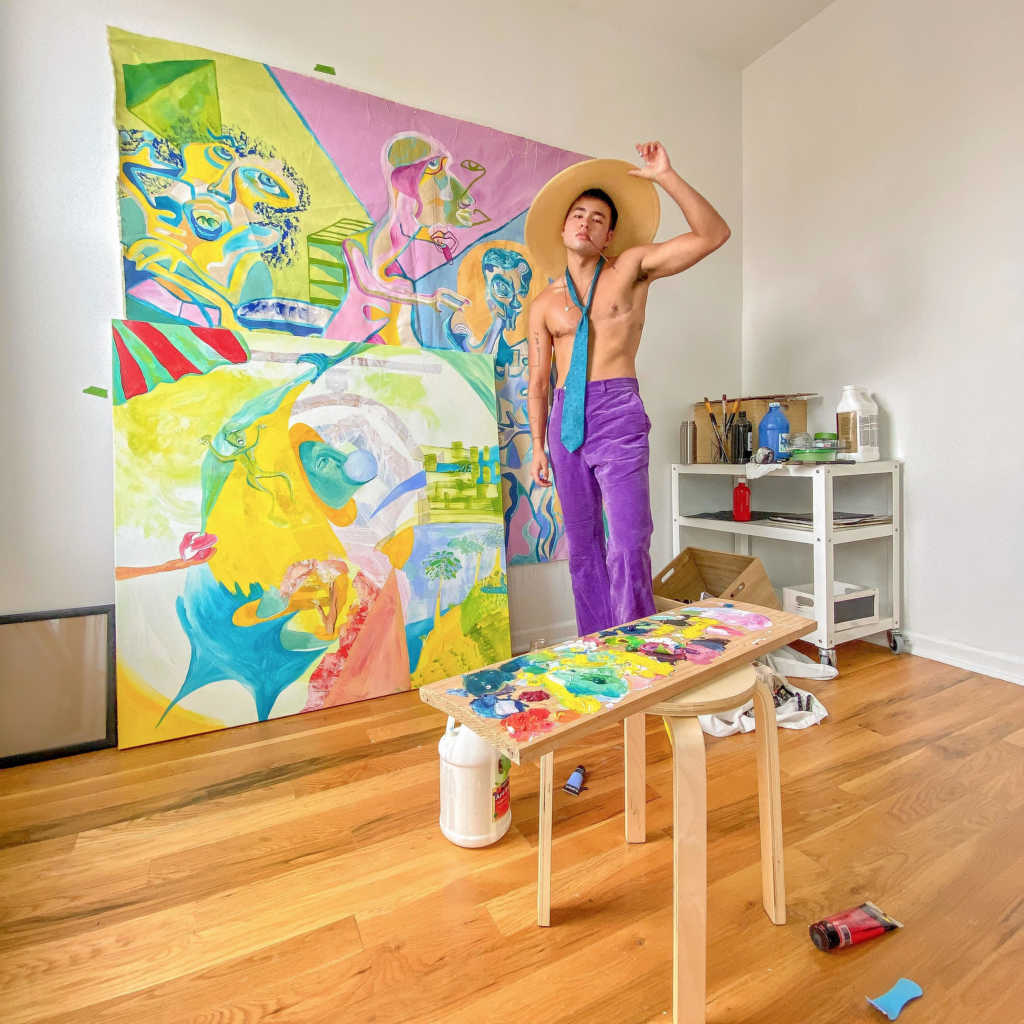 “That was a dream come true, because since I was a kid I imagined that vision of, ‘How can I let people know how fucking beautiful it is to be deaf?’” he says. “I was surrounded by people who weren’t disabled and didn’t understand, and I wanted to amplify that and what’s more beautiful than being able to communicate underwater?”
Chella is reticent to discuss other upcoming projects, barring a potential zine. About the zine, which is personal to him, he says, “It would be an accumulation of my thoughts or streams of consciousness that’s very unfiltered, but not on Instagram because I think Insta isn’t the place sometimes, and I’m looking for queer disabled printers to work with and think that could be a very special collaboration.” He’s also hoping to embark on a book reading tour at schools, bringing visibility and inspiration to any baby Chellas out there.
“I have, actually, this past year, been most privileged to mentor an 11-year-old who is deaf, genderqueer, Jewish and Chinese!” he says, enthused. Every so often, they meet on FaceTime, where Chella mentors the child. “I never thought I’d meet someone like that,” he says.

About the Author: Lawrence Ferber