He Once Fought for Chocolate Milk. Now Dave Wait Leads the Biggest Pride Event in Michigan.

Dave Wait has always been an activist at heart. In eighth grade, Wait organized a sit-in at school when the cafeteria refused to serve chocolate milk. The group of disgruntled students got hauled down to the principal’s office, where they were told the chocolate milk was a no-go. But the following year, as Wait entered ninth grade, he walked back into the school cafeteria to find chocolate milk on the menu.
“I saw the progress of them eventually giving in, so that led me to a lot of the things I did through school and college,” Wait tells Pride Source. “It was about making avenues for folks.”
Wait grew up in the small town of Oxford, Michigan; he wasn’t yet out because, in the ’70s, when the Pride movement really got going, there weren’t “people that I could see that were gay and lesbian,” he says.
So Wait immersed himself in school and his activities there and buried his sexual orientation. He stayed just as busy at Michigan State, where he became involved in student government. Still, he kept thoughts of his attraction to men deeply hidden. He eventually earned a bachelor’s degree in distributive education, which allowed him to teach marketing to high school students for four years.
Today, Wait is the state director for three career and technical student organizations, DECA, SkillsUSA and FCCLA, which annually provides leadership and career development conferences for over 14,000 Michigan high school students.
“I think of myself as someone who provides venues and opportunities to empower people,” he says. “Through the conference plannings, it kind of was a normal transition for me to be where I am with Pride events.”
The first few Prides Wait ever attended were actually by accident. He was traveling for work, taking part in different conferences, and always seemed to end up in a city where Pride was taking place. He ended up attending Prides in Fort Lauderdale and Denver. He was also in Washington, D.C. for the second march for gay and lesbian rights in D.C. in 1987.
“The first one I attended, it really was comforting to know that there’s other gay people out there being progressive,” he says. “It was also kind of an emotional feeling knowing where I was in my journey to come out. But it was great to see these kinds of events … to be part of a community.”
Wait had been attending Prides for years by the time he got involved with Motor City Pride (MCP). He started by doing a single four-hour shift out of curiosity and to help the LGBTQ+ community in Michigan. The next year he got a little more involved.
And then it hit him.
“I realized that what I do in my everyday work — planning conferences and outdoor events — is different from a conference, but the basic skills related quite well together,” he says.
After only a few years, the previous festival leaders at Equality Michigan stepped down and Wait stepped into the role of chairperson for MCP, a role he says he didn’t want.
Still, he took it. Soon after, MCP became an independent organization and joined the United States Associations of Prides and Wait joined Inner Pride, the International Association of Lesbian and Gay Pride Coordinators, where he serves as treasurer. The position has allowed him to think of Prides on an international scale, and he has attended World Pride in Brussels, Athens and Vancouver.
“It’s allowed me to connect with other Pride organizers and help other Prides to mature and gain strength,” Wait says. “With Inner Pride, we have a solidarity fund. I’m responsible for transferring funds and grants to Pride organizations around the world, such as in the Congo, in Pakistan, and in South America and even in Ukraine, where we help small Prides get seed money and get started.”
The opportunities opened Wait’s eyes to new possibilities for MCP.
“As I saw more what Prides were doing throughout the U.S. and across the globe, I saw that we could do more with Motor City Pride,” he says. “Bring in more people and provide different opportunities for folks.” 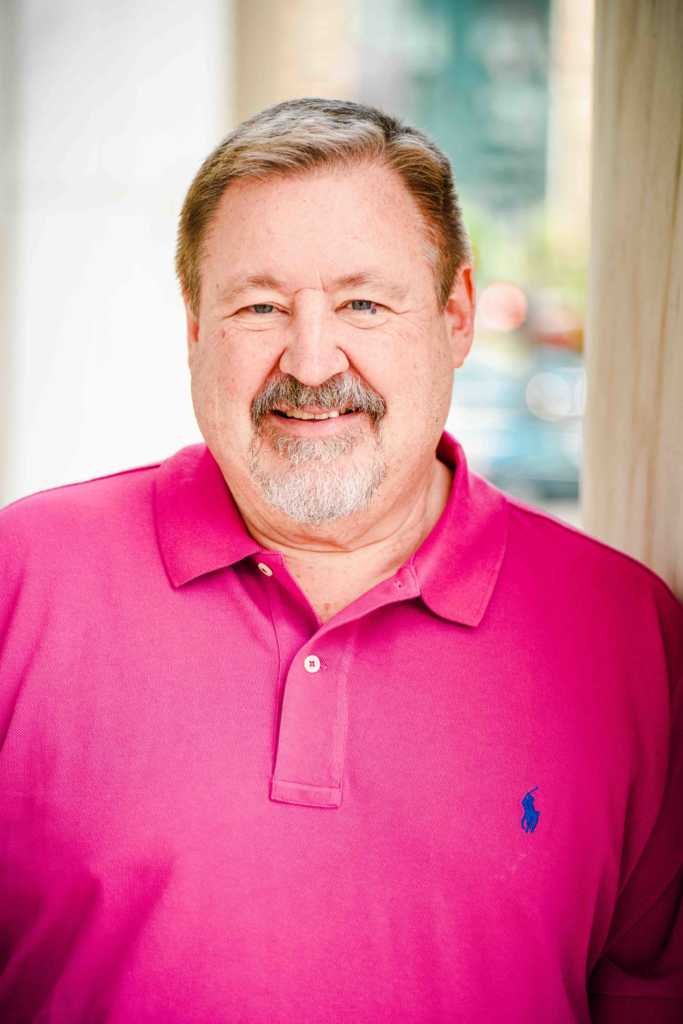 Wait has been leading the organization for the last 12 years. Since that time, MCP has moved from Ferndale to downtown Detroit, the festival has increased from just one day to two, a Pride march has been reinstated, and attendance numbers — except for that little Covid blip — continue to grow.
“The thing that really keeps me going is, even in these times, not everyone is comfortable being out every day,” Wait says. “Each year at the festival, I meet people who have not participated as their true, authentic self. But it gives people a safe space to be themselves and be who they authentically are so that hopefully it makes them more comfortable to be that on a daily basis.”
Wait said he sees his greatest accomplishments at MCP as offering four different entertainment stages (one of few Prides to do so), growing the festival’s attendance numbers and bringing back the march. Then there is the LGBTQ+ Pride flag raising in Spirit Plaza. For several years after the move to Detroit, the city kept denying MCP’s request to raise the Pride flag outside the Coleman A. Young City-County Building. Finally, after working with the mayor, MCP was allowed to raise the flag just across the street from the City-County Building in Spirit Plaza.
“We coordinate that each year with the city to be able to raise the Pride flag right there in a prominent spot in Detroit and it’s up all month long,” he says. “Once we started that, it’s been nice to see so many other building and businesses in town putting up their flags and changing their colors.”
MCP is very Detroit-centric. Their offices are in the city and their affinity for the Motor City is clear. When MCP first moved downtown, Wait saw an opportunity to improve the appearance of Hart Plaza. He planted flowers throughout the area which he continues to maintain.
“We moved to Detroit at the height of the city going through bankruptcy and they just didn’t have the resources,” says Wait. “So it’s just showing support for the city and having things look nice not just for Pride but for other festivals. It’s how Pride supports the city.”
Wait said he could not do it all without the aid of his husband, Chris Pollum. The two got married 20 years ago in a small ceremony overlooking the ocean in Monterey, California.
“My husband is my greatest supporter,” Wait says. “He has helped me all along with this journey with Pride. While I’m out there talking to a lot of people, he’s the one who’s behind the scenes helping me, whether it’s with marketing or logistics. It’s a great partnership that we have.”