Drawing more than 40,000 people over its two-day stretch, dozens of vendors and performers and hundreds of volunteers, Motor City Pride is a massive undertaking that takes place annually in Detroit’s Philip A. Hart Plaza and has done so since 2009. And by all accounts, it looks like the 2018 iteration, happening on June 9 and 10, will be be no different. In fact, Motor City Pride Chair Dave Wait said that this year’s public interest has been especially enthusiastic and he foresees an especially good year for pride-goers.

“We’re excited about all the interest,” Wait said. “People registering for things ahead of time, vendors, spaces (all) sold out a month before the festival, our sponsorships; we have more companies that want to support the event than ever that are participating. They are coming to us because they understand the importance of the festival for Southeastern Michigan.”

And according to Wait, the variety of vendors will be one of the highlights of this year’s festival. In particular, Wait said that sponsors like Motor City Pride’s presenting sponsor, Delta Air Lines, are the reasons for the festival’s many amenities like five stages of entertainment, varied food and beverage options. It has also aided the many organizations that show up to support the LGBTQ community. 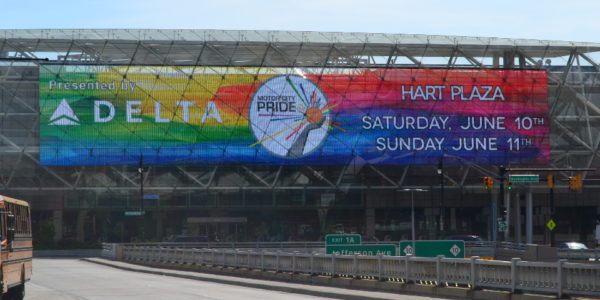 “We really appreciate them, and we wouldn’t be able to put on a festival of this magnitude if it wasn’t for our sponsors helping with entertainment and the funds for that,” Wait said. “We have four or five new sponsors who are helping us out this year and with them helping with those contributions we are able to bring in all this entertainment and staging structure to have the best sound at the music festival.”

The entertainment schedule this year will be making use of that sound equipment by highlighting some of Michigan’s most LGBTQ-friendly local acts. Pride-goers can get excited for a lineup that features everything from spoken word to local drag legends. Entertainment Director Tristan Putnam said that the 2018 lineup’s Michigan-centric focus is certainly not accidental, and that he planned to showcase some of the state’s most LGBTQ-affirming talent.

“We highlight the festival with some bigger national acts and some bigger names, but we try to stay very heavy on the local side,” Putnam said. “We have a lot of very skilled entertainment in the Detroit area and a lot of them are LGBT or they’re LGBT-friendly.
I think out of 52 entertainers, 45 are local. Four coordinators and myself will sit around and review every single submission.”
Putnam said that the painstaking reviewing process was done in direct anticipation of the high levels of interest surrounding the festival’s five entertainment stages. He said that so far, he’s logged more than 1,000 hours whittling down a list of over 400 hopefuls to create the leaner, meaner 52-strong list of entertainers. When asked about some of the performers he’s excited for attendees to see most, two specific bands come to mind.
“I’m really excited to hear Acoustic Ash. She plays at 3:30 on Saturday. She does an acoustic set and is part of the LGBTQ community and I listened to her a couple of times and she has a lot of passion behind her singing. And if I had to pick another one, it’s a band that everyone knows: I’m a huge fan of the Killer Flamingos. They’re kind of a staple in the Metro Detroit area and they always come back and always play other festivals in the area and they’re going to be really fantastic too.” 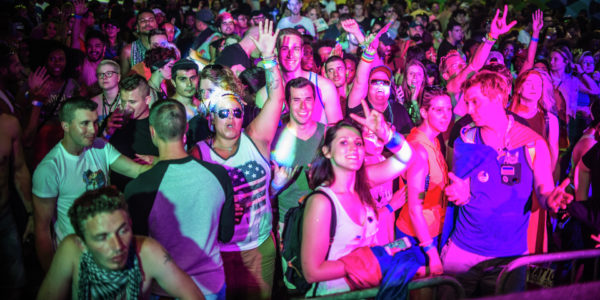 The Killer Flamingos will be playing on the Pride Stage on June 10 at 3 p.m., but attendees shouldn’t despair if that showtime doesn’t line up with their day’s schedule. Putnam said that he’s confident that whatever show Motor City Pride attendees catch, it’ll be really worth their while.
“I could pick any single person out of these performers; we hand-picked them out of hundreds of performers,” Putnam said. “There were actually a couple of people that I wanted to play this year, but we just didn’t have the slots to do it.”
Lead singer of Little Animal, Rochelle Baker, said she is excited to play at this year’s Motor City Pride, too. The LGBTQ ally said that the general demand by artists to play at the festival makes sense because the first time she performed at Motor City Pride, it was unlike any performance she had done previously.
“It’s very different. I feel like with other festivals or events that I’ve played it’s a little hard to get comfortable because you’re always worried, ‘Will people be accepting of what I’m playing?’ So, it’s a lot easier to feel like you don’t fit in and the music I do is a bit different,” Baker said. “But at Motor City people took in the music, it felt warm and it was awesome. It felt like people were there with you, rather than trying to evaluate what was going on. People were dancing and really got into it, they were watching and I feel like that’s something really special about Motor City Pride.”
Baker’s unique sound is a blend of R&B and electronic music. She said that the experience of having a supportive audience from the get-go has inspired her to be not only more creative with the music she’ll be bringing to Pride, but she said she hopes to get even more performance energy from the crowd on June 9 when she performs on the Pride Stage at 3 p.m.
“I’m excited to play music that’s bigger and brighter. And everyone there is just so bright, glowing and looks amazing and has the best fans,” Baker said. “After seeing that I was like, ‘Whoa.’ I want to be more like the people that are there (laughs). I’m hoping to embody some of what I’ve seen.”
Every year Pride certainly draws a collection of “bright” and “glowing” people from all across both Michigan and the U.S. Security Director Sean Rhaesa said that this draw is not only impressive in its size and scope, but it’s something vitally important to the community.
“I wanted to get involved with this community event which I thought was important to our LGBTQ community because of the optics of it all,” Rhaesa said. “People see that we exist, and if we’re in a large event like this, sometimes it’s easy for conservatives to say, ‘There are no gay people in this area,’ but you can’t deny that if you see 35,000 gay people in the same spot.”
Rhaesa said that with each year, especially with the promise of good weekend weather, thousands of people flock to the festival, and this year there’s potential for more than ever before. 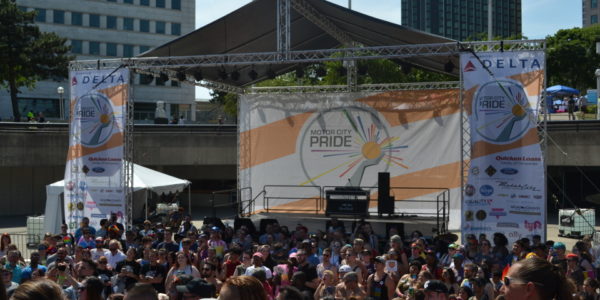 “To make things go faster, don’t bring bags (laughs). That day, don’t bring your backpack with you, don’t have too many things in your pockets and don’t bring any weapons with you so that you won’t have to go back to your car and put them away,” Rhaesa said. “Sometimes people forget that they have a pocket knife or something in their pocket. I’d rather see people just not bring it at all and not have to worry about it. So, yes, not having a bunch of bags will make the lines go faster and get you in faster.”
He also advises potential festival-goers that though Motor City Pride allows people to bring packed lunches, no outside beverages will be allowed inside the event, barring a legitimate medical reason.
This year’s event will also include the annual Pride Parade on Sunday, which will begin on the corner of Griswold and Fort Streets, and end at the corner of W. Jefferson Ave. and Bates streets. In addition, this year’s event will host another vigil for the victims of 2016 Pulse Nightclub shooting. And Wait said that while Motor City Pride is proud of the “size of the festival” they could always use extra help. Wait advises interested volunteers to reach out any time on or before the morning of May 8 to sign up for unclaimed volunteer slots and roles, particularly on the last day of the festival.
“They do all kinds of things from welcoming people at the welcoming gates, to working at the beverage area, helping with the set-up, the entertainment and the family area. So, there’s a wide variety of ways people can help out so we can put on the festival,” Wait said. “And Sunday we’re definitely always looking for individuals to help out.”
When asked how he’d go about exploring the festival’s grounds, Wait said that that was easy: he’d start exploring the various vendors.
“We do have a few craft and merchandise-types of vendors that are there, and it’s nice to kind of see who is there right at the entrance,” Wait said. “We invite people to come out to be their authentic self whether they come as individuals or as a group. Or, they can come and meet with some of the nonprofits that are there, they can find things in which they are interested, whether it’s joining a chorus or a sports team or volunteering or just seeing what services different groups have. And then just enjoying the music, meeting people, meeting up with friends and those you meet at the festival. It’s just a great relaxing day and weekend there on the Detroit River.”

A full list of performers, volunteer applications and a history of the festival can be found online at motorcitypride.org. Philip A. Hart Plaza is located at 1 Hart Plaza, Detroit.