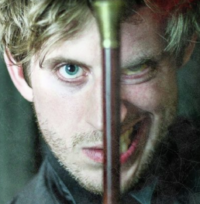 ANN ARBOR — The Penny Seats Theatre Company offers “Dr. Jekyll and Mr. Hyde,” an adaptation of the classic Robert Louis Stevenson story by playwright Jeffrey Hatcher from Oct. 12 through 28 at the College Theater located at Washtenaw Community College.
“The play absolutely thrilled me,” said play curator Joseph Zettelmaier. “It’s incredibly theatrical, the kind of play that only works as a play. In particular, Hyde is actually played by four different actors in the ensemble, really riffing on the concept of identity. And like all the great horror stories, it speaks to something fundamentally human in us … the idea of what we become when our worst selves are brought to the forefront. Hyde is brutal, sinister … but he’s a part of us all, the part that holds nothing back, that acts on pure instinct.”
The cast features David Galido, Julia Garlotte, Michael Herman, Dan Johnson, Alysia Kolascz and Josie Lapczynski.
The Penny Seats Theatre Company has announced that it will be bringing classic gothic horror stories to Ann Arbor stages every October, such as “Dr. Jekyll and Mr. Hyde” starting this year, as part of its new Penny Dreadful Series. Created and curated by award-winning local playwright Zettelmaier, the Penny Dreadful Series aims to add theater to the yearly tricking and treating of Michigan audiences.
“The primary focus is on the gothic, the sort of horror that evokes images of decrepit mansions, gargoyles, foggy London streets, wolves howling in the woods … atmosphere over gore,” said Zettelmaier. “I’ve been fortunate enough to work many times with Illinois’ First Folio Theatre, a gorgeous (Actors’) Equity (Association) company set in an honest-to-God mansion. Every year, they do horror-themed plays in October and it’s gone from being just a night at the theater to a legitimate event.”
Zettelmaier’s plays “The Gravedigger: A Frankenstein Story,” “Dr. Seward’s Dracula” and “The Man-Beast” have all haunted First Folio’s stage.
“Audiences members have shown up in costumes. They’ve had massive Halloween parties … it’s everything I love about theater, a real sense of fun and excitement.”
Inspired by the success of last year’s “The Turn of the Screw,” Penny Seats will be bringing these stories to locales around Ann Arbor, each fitting in some way the theme of the play. This year’s selection is “Dr. Jekyll and Mr. Hyde.”
Over the last year, Zettelmaier has been collecting a wide variety of gothic horror plays in preparation for future Penny Dreadful productions.
“I have to keep the secrets in the crypt, but I can say you’ll see a lot of classic horror stories presented and reimagined in the coming years,” he said. “From classics like ‘Dracula’ to uniquely American horror like the Salem witch trials.”
The event will be held at 4800 E. Huron River Drive, Ann Arbor. Tickets for ‘Dr. Jekyll and Mr. Hyde’ will be available online at pennyseats.org.